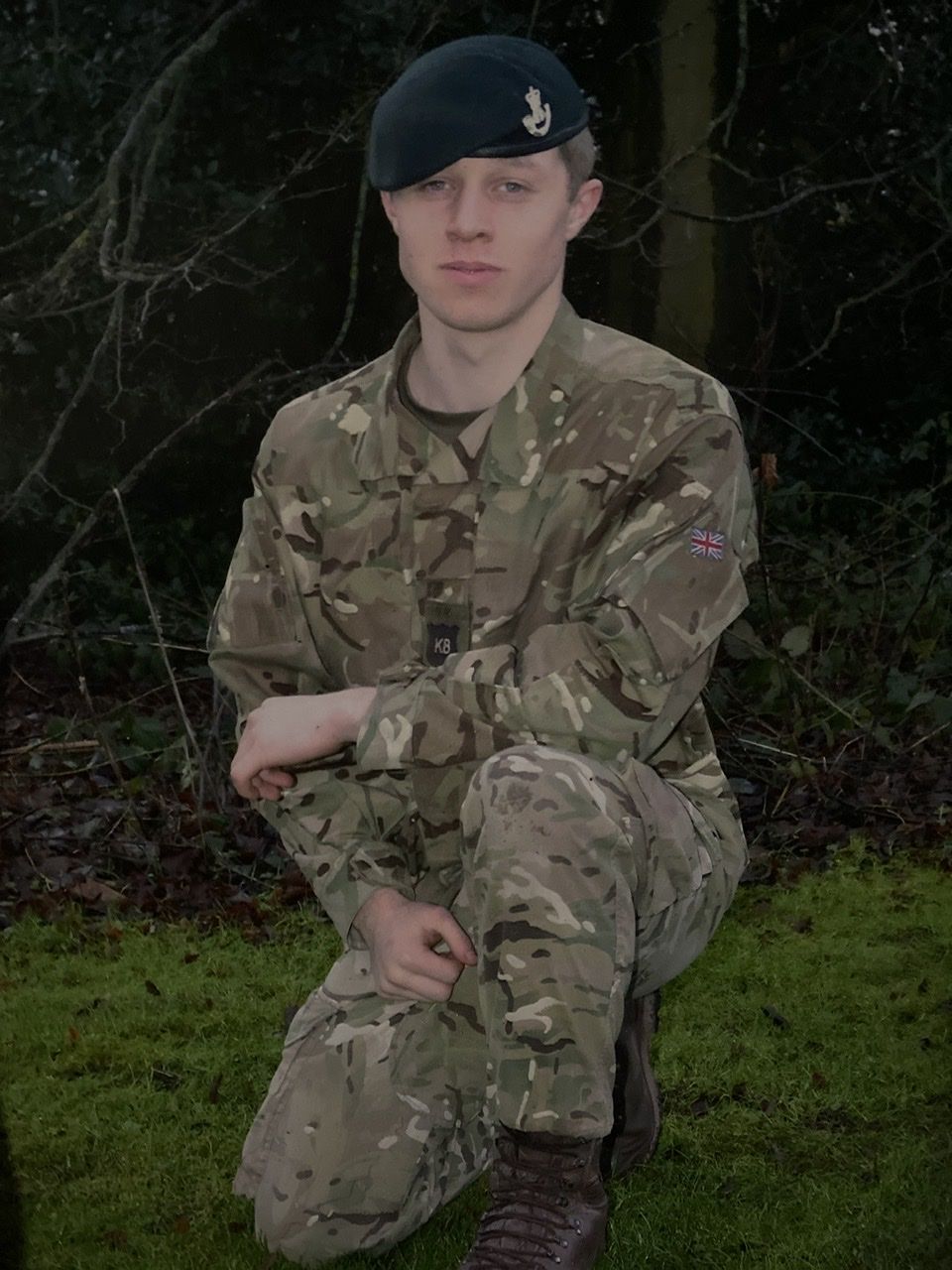 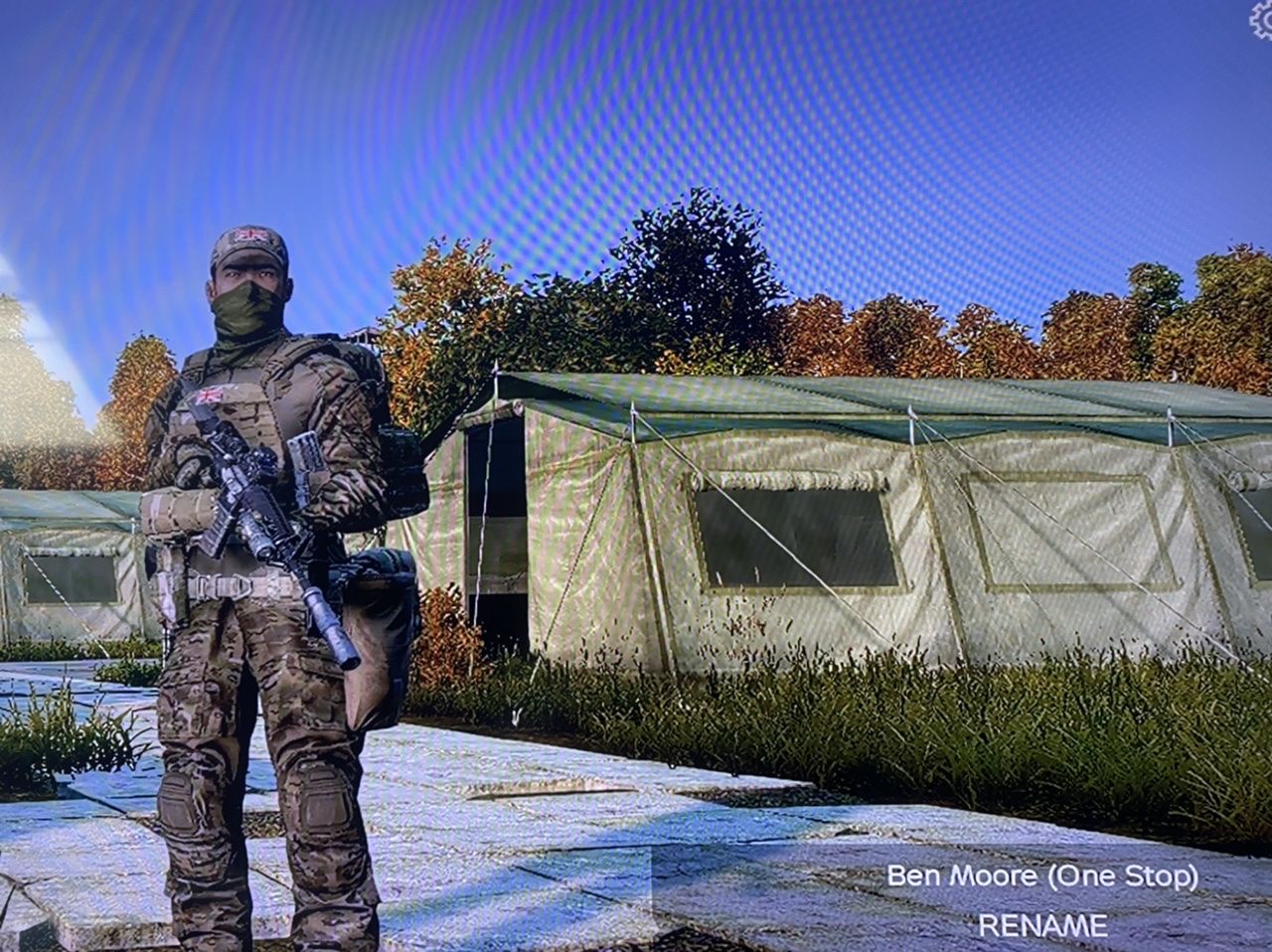 Ben is a veteran of the British army’s 5th battalion the rifles, A company. He had served 6 years and his career was cut short after an injury on an exercise which led to him being medically discharged. He was born in 1995 making him 27, born in the UK, Liverpool. He had a hard upbringing and was eager to escape life’s petty dramas and put all his goals into becoming a soldier in the British army. He had served in Herrick 20 in Afghanistan. He saw that Nyheim had gone down the drain and felt he could help people there with the skills he learned from the military and his helicopter experience he also had a full helicopter licence from the UK. Not only did he have training in Chemical, biological, radiological, and nuclear (CBRN) he had combat and medical experience.

On October 29th he made his decision to go there before the whole country goes dark, he booked a flight from Heathrow airport. He packed his old MTP army gear and packed a daysack full of food and medical supplies, with some spare cash. He could not bring his SA80 A2 due to flight restrictions. He did not tell any of his friends or family.

His goal was to arrive at Nyheim, figure out where people were dwelling, and study the virus. Aware that people would be desperate and would kill him without a moment’s notice for his supplies, he would still try to help people but was always aware that he could be killed or robbed. If he gets too close to the infected, he will have an NBC suit for his safety. Also, this will help him to get close to people with deadly diseases or illnesses. Ben would like to find a vehicle, whether a car or a helicopter.

Ben being a British army veteran is also aware that if Russian forces or other Russian veterans learned that he was from the UK they would see him as a threat, this will not deter his goals though. He will act as he has always done and under his regiment’s motto ‘’SWIFT AND BOLD’’. Unknown the food and water situation he will have to get creative whether to hunt animals or boil water from rivers. He will also have to learn how to communicate with the locals. Finding and maintaining supplies of medical and ammunition, also trying to find a weapon system he knows will be the priority. Whether it be a pistol or an assault rifle. This will have to be British or something he has been trained with.

He knows nothing of the layout of the land, nor which forces or law enforcement are in place if any. He has heard that the refugee camp has or is falling, his first objective is to find the refugee camp and see whom he can save there if there is anyone left that is. Finding a local or another survivor that can speak English would be a great start to getting up to speed with the status of the situation. From here he can plot leg marks on his map and go to points of interest. Finding the ground zero would be part of his goal to find the origin of the virus. He will want to know if the virus can be reversed or whether it is fatal. Asking questions like ‘’how fast does it take to turn?’’ and ‘’Where is the civilian population strongest?’’

Ben is a 6ft 2 white male with an athletic build. He holds his core values from the British army which are Courage, Discipline, Respect for Others, Integrity, Loyalty, and Selfless Commitment. His character is even when it gets hard, he has a sense of humour but when it gets gritty, he stays focused. He finds it hard to adjust to civilian life and at times still acts like he’s a soldier. Even small things like keeping cleanly shaven which was a policy from the Queen of England unless permitted by a CO and keeping his kit in better condition than himself. He has a fiery temper and can be fast to jump the gun, but he only gets angry when he or the people he’s trying to help are threatened. His favourite food is smoked pork and doesn’t drink anything but water. He will go above and beyond to help someone, but he will kill people who threaten others without a blink of an eye. He will sacrifice himself for other veterans of the US and UK if the need comes to that, see it as a code of honour and respect. He smokes cigarettes like a train around 30 a day but this helps him stay calm. He has a teardrop on his left hand in memory of his grandad who is also the server in the forces, who brought ben up as a child as his father and mother were split up and created a hostile environment. He taught him discipline from a young age and that life is not easy. His motto was ‘’Everyone has problems’’, he couldn’t have been more right. With the UK gone down to this mess all he can do is what he can where he is.

With all this Ben hopes to save everyone he can and kill anyone who threatens people. For most people have little and he has the skills to defend them. He will carry extra food, medicine, and water for those he comes across on his travels. He does not expect to return alive from this endeavour, but he will put in 100% effort before his time comes. With his skills, he hopes to bring hope to people and destroy the people who wish nothing but harm. With all this happening could ben find a bit of peace and replacement for him not being able to be a British army soldier? He may be out of the British army, but the British army isn’t out of him!