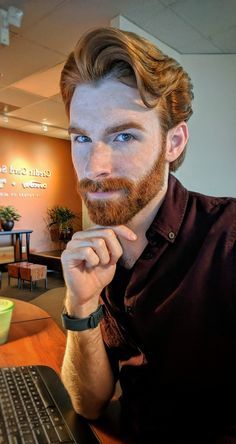 Randall was the third child and only son in his family. Most of his childhood Randall found himself when not on the farm, playing in his family's medical repair business. Most of his life he grew up around medical scanning equipment. His grandparents started them medical repair business back in the 70's and being the first second source medical repair in the world their business boomed. When Randall was old enough he went to his great uncle to get his own start in the family business. So from the years 2012-2015 Randall's great-uncle taught his all the ropes he needed to run a multi-million dollar company, and how to sell it for the max amount of money. In 2017 Althea Group a smaller wealthier company out of Sweden contacted Randall in the hopes of buying him out to be the world leaders in medical repair they just needed a start in the United States. The talks went on for two years till January 2019 till Randall finally decided to sell his company. From January till April Randall stayed in Tennessee to train his replacement. Then he was off to Europe to advise with the merger of the two companies. His first stop was to Stockholm where the main office of Althea Group is located. He spent the summer doing some advising on merging with his American company, and the rest of the time he spent hiking, skiing, and whoring around the countryside.
When the virus hit that killed all his play plans, he was either stuck in his massive hotel room or at the office. Working somewhat in the medical field granted him as an Essential Worker. It wasn't till September 2021 when 21NS that Randall got worried and wouldn't leave his hotel room. When the bombing started he knew things were bad, being so far from home nowhere felt safe. He knew he would probably never make it home, and if he did by that time would anyone still be alive. Randall had heard about Nyheim and knew the longer he waited the worse the trip would be. He got in his rental car and headed towards Nyheim, it wasn't till a few hours after he crossed into Norway when that he hit a sheet of black ice and spun out crashing into a tree falling unconscious. When he awoke hours later with a gash over his left eyebrow and a killer headache to some one screaming for help as a group of infected tore this little girl apart right in front of the totaled car.
After watching in horror as the group of infected grew larger and lager from the screaming child, Randall knew he had to be quiet and these things did not discriminate. He waited for a half a day in his car waiting for the crowd to clear. When he finally got out he got back on the road headed for sanctuary. Where ever that may be!