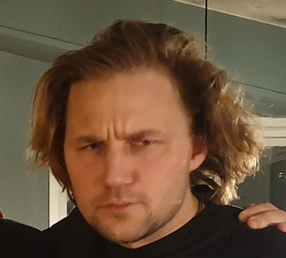 Sven grew up in a family of four, it was his sister and his parents. They had a farm in the northern most parts of Sweden.
He has always liked nature, wether he was hiking or just watching the birds sing. When Sven was 8 years old his dad Ingemar took him on a hunting trip in a nearby forest, ever since that day Sven has had a big passion for hunting. They went on many trips together with Sven just watching and learning, Eventually he got his own hunting license.
He spent basically all his time hunting as he didnt have a job yet. At 18 years of age he joined the military although that didnt last very long, Sven felt like he didnt belong there and ended up leaving after a year.
in 2019 he went to Nyheim to visit and live with an old friend that moved there a couple of years prior, unfortunately it didnt turn out quite the way Sven was expecting since the outbreak had just begun.