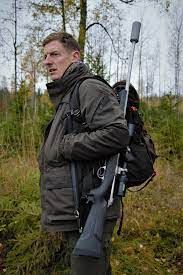 John was born in the state of Louisiana in 2000, where he grew up in a small village community. He was taught to hunt from a young age, and aced his classes, mostly enjoying the more scientific ones such as physics and chemistry- though he never pursued a college degree and instead was a retail manager. While most of his family was spread out over the U.S, he was close to his aunt Karen and uncle Ronnie who lived in the country of Norway. In late August of 2021, he flew to Norway to visit his family there, where he was quickly stranded when all international travel was shut down. He witnessed acts of violence in the streets and was keenly following various social media outlets posting videos of the riots and aggression, though he had no clue the cause of it all. It came to a head when the home of his family was attacked in the dead of night and his family killed, forcing him to escape into the wilderness in an attempt to avoid people. Through it all, he has no clue if his family back in the U.S. is still alive, or even if his home is in anarchy like Norway is, and seeks a way to return to the United States safely.