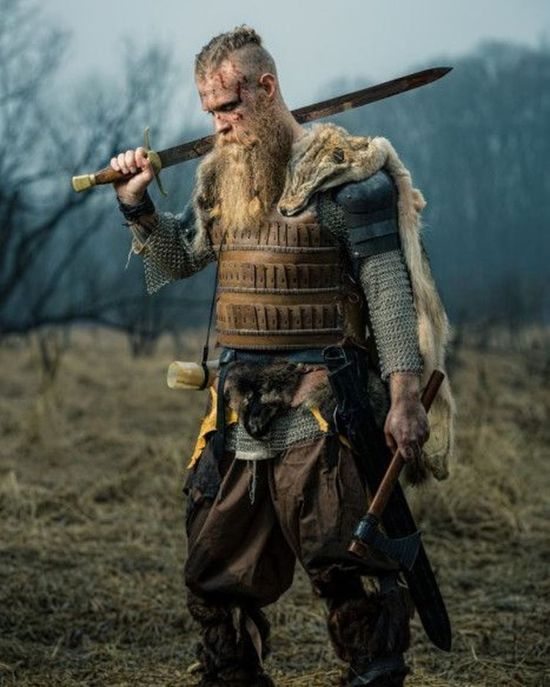 Bjorn is an through out savage that according to him originates from the ancient vikings that roamed the oceans plenty of years ago! Bjorn is also like a stuffed animal on the inside but might not look as nice on the outside. He has had a good childhood with a healthy family of 5, they were Mom, Dad, younger sister and younger brother then ofc Bjorn. He had a rough period in his school and decided to leave it behind him and move on with life and only 16 years of age! Since then Bjorn has experienced life to the fullest but risked alot to go experience the roads ahead. He dont have many friends but made it that way himself, he truly believes that you dont need more than 5-10 good and strong guys in your life! Since he decided to leave school behind and move forward in life have not been a walk on roses, no no no not at all my friends. Bjorn wanted to test himself due to him thinking that he truly is an ancient viking.. And because he truly thinks that he does things in life that a normal human being might not have done in their life!? He had a trial wich every Swedish person has in their youths in the military that tests your wildlife instinct, the trial usually is 6-7 months but for Bjorn they gave him an offer, after 12 months trial they had seen enough. They offered Bjorn a highly anonymous work alongside the toughest
people in sweden. He remembers it like yesterday, they went on high secure mission around the world in search off bandits and also to do the normal stuff like protect within Swedens borders, they even sometimes tended to work in the other scandinavian countrys! But one day when Bjorn and 3 other friend to him where out on a mission in afghanistan, they laid in the tall grass waiting for some kind of terrorist leader to get escorted away to capture him, they saw the victim and went for it. When they arrived at the house the terrorist leader just went into a small house, the guys followed after just to get ambushed, Bjorn stayed back and serached the area while the other ones went it, bjorn saw them going into the building but then saw someone running and the back off the building. It was the terrorist leader, Bjorn now noticed.. IT'S A TRAP, he shouted, the guys were already inside and one blink of an eye and the building blew up..! Bjorn dropped to his knees while the terrorist leader got away, Bjorn lost his best friends that day.... After that day Bjorn almost like switched person, after that ambush he has been scarred his whole life. He almost feels like he needs to avenge his friends, but now the new adventure begins, Bjorn now has an steep road up ahead of him where he is gonna stay in Nyheim for a long time, why he choose to come here wa mainly cause of the reputation and it needed the protection it could get! But the inflation came before this, it hit hard on Bjorn's family but not so much on him actually due to his way of adapting out in the forest, but of course everyone gets a bit effected by it and the way Bjorn got consequenses from this was that the expenses living in the countrys he moved around in started to get expensive. But Bjorn had an decent income due to his military dutys so he went on to send some money to his family back in Sweden.. Now he continues his life through out Nyheim in hope that he will find his new buddys to roll around with in the forest to help secure the inviroment!