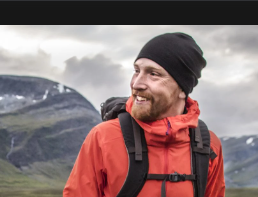 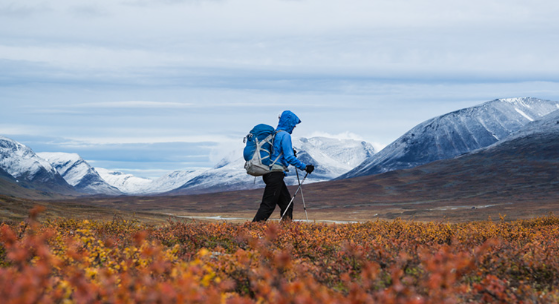 Born and raised In the small fishing town Lysekil of Sweden, Lars never had much money or friends growing up and never saw much of the outside world, Lars parents where very strict hand harsh. Lars started to help out at his home from a very young age and did not get to play with his friends very often, as Lars grew older he started to value his freedom. Lars has always wanted to explore the world, In his young teens he started hiking and it became his hobby . The older he got the further away from his small town. After seeing most of What Sweden's nature had to offer he started to look for places to hike abroad.

Lars had heard from one of the few friends he had gotten from hiking that Norway was a perfect place for hiking big beautiful mountains. Lars decided to save up money and travel to Norway.
He arrived at a small town called Nyheim. On his way to Nyheim he got to see much of Norway's mountain ranges and couldn't wait a single second to start hiking when he got there.
Lars loves to be alone in the wilderness and after all the years of hiking he became very good at surviving on his on in the wilderness, so he sat up a camp in the mountains for a long time and never heard how the outbreak worsened.
Once he decided to come back to town to renew some of his supplies everything had gone to shit he turned on his phone and had no access to internet he had gotten lots of missed calls and masseges from his friend and family warning about the outbreak. He tried to call back but no one answered. He returned to the wild out of fears and stayed there for a few weeks hoping for things to get better not having a clue of how severe this situation had gotten.