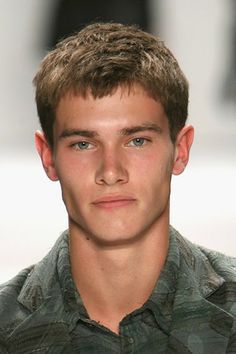 Rade vasiljevic, also now known as Ray was born in 1999 on december 16th in Belgrade Serbia. His father was a natural born Serb, and his mother was a natural born Hrvat. His dad was a part of the Serbian Army that fought in the Yugoslavian Civil War, however his mom was a childhood friend of his mothers. They went to the same school as one another. And they fell in love and eventually Married. After the war Rades' father wanted to settle down and get away from Serbia. However, before he could do so they found out that Rades' mom was pregnant. When she gave birth they named it after Rade's grandfather “Rade”. Together as a family they decided to move up noth to a nation they believed was peaceful. They moved to Norway, and they chose to live in a nice cabin in the woods. Rades' father had severe PTSD from the war. And most of the war he was fighting inside some sort of city. Rades mom and dad quickly settled down and got used to Cabin life. In fact Rades' dad had his trustee Mosin Nagant Rifle he would use to hunt game with. Specifically moose, red deer, follow deer, wild reindeer, roe deer, wild sheep, musk ox, and wolf. They lived off the land, however Rades mom would run into oslo from time to time to retrieve groceries. When Rade was 5 his dad decided he needed to learn how to hunt. So rade went with his dad on a hunt, since rade was the youngest he was forced to carry ammunition, sandwiches, water, and most importantly Rakia “brandy”. They never hunted in a tree stand, they hunted on foot. A tree stand was unethical in his dad's eyes. So rade quickly developed a light foot. He stayed close and silent to his dad, they waited for hours behind tree after tree. They kept calling and calling. However they got no response from any animals. Except a disruptive rustling noise of a squirrel in the trees. Then they heard a powerful grunt of a Fallow deer behind them. Rades' heart started to race, his father on the other hand looked unphased. He slowly turned around looking for where the grunt came from. He didn't see anything, he called. “MeeRRrr” he then hears rustling coming towards their general area. He quickly puts the rifle into Rades arms, he whispers “aim for the lungs”. Rade looks up confused (he doesn't know where the lungs are on a deer) he responds “ok tata”. Rade waits patiently barely holding up this long rifle that is basically bigger than him. He rests the barrel on a small branch in front of him. He sees the buck emerge from the brush. He takes a deep breath, holds it in and pulls the trigger. “BANG” the deer jumps up in the air and runs into the bush. His dad quickly takes the rifle from his hands. Aims in, then lowers his rifle. “Come on Rade Chocolade” he walks where the deer stood, follows its tracks and finds a dead deer “Double Lunged”. From that moment on Rade and his dad hunted for food together until he was older. Rade eventually started to hunt by himself bringing in deer and moose, and sometimes even Wolf. This went on interrupted until Rades' father and mother both grew sick of some disease. They were coughing, sneezing and feeling immense back pain.Rade decided to take them to the closest city, so he put them into the back of the Yugo they had since he was born and he drove to the closest city, Nyheilm. When he was there we went to a hospital asking for help. He was quickly assured out and his parents were taken in. Rade decided he would spend the night in the car if he could not go to the hospital. He went into the parking lot and quickly drifted asleep. He woke up the next morning and looked out at the hospital to see an eerie stillness. After gathering himself he walked up to the hospital and asked to see his mother and father. The receptionist acts for their names, he says “Svjetlana and Sretan” she then looks through multiple clipboards to find their names “oh they were in the virus unit correct” Rade responds “ I don't know miss”. She then says “they were taken to the quarantine camps last night around 12” Rade frantically askes where, begging for a explanation. “She says I don't know, you're gonna have to ask the military for that”/ rade is then forced out of the hospital, determined to find his mom and dad, but all the sudden hears a rumbling of jet engines……….