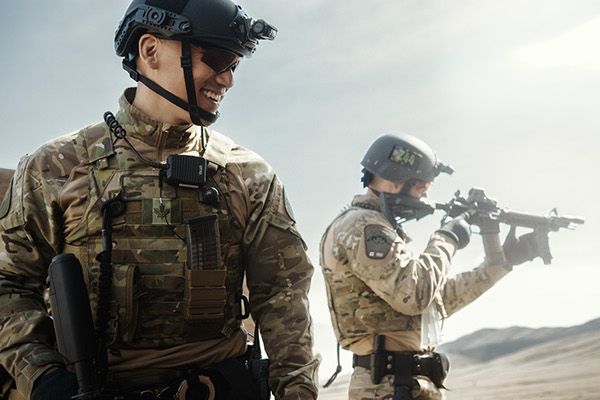 Anthony was born to a Christopher and Lynne Alto on St Patrick’s Day 30 years ago. His dad was a doctor and his mother stayed at home, so there wasn’t much he wanted for. Some would argue that he needed more time with his father, but Anthony believed that his frequent absences (and mother’s time away from his abuse) would allow him the opportunity to step up and be the man of the house in the hopes that he could eventually take his father on and get him to leave the family.

At sixteen, Anthony was walking home from school when he saw someone run to a dumpster, hastily throw something in it and run off. Shortly after, two policemen followed suit in the same direction. Curious, Anthony checked to see if he could discover what it was and it didn’t take too long for him to do his first dumpster dive in which he discovered what the police were after: a .38. He knew that this was a message from God himself, so he smiled and listened. He put the gun in his backpack and went home to share the word with his father, if he was even home.

As he got closer to his residence he noticed his dad’s car parked at an angle in the driveway as it normally was. His parent’s yelling and screaming could be heard more clearly the closer he got to the front door. He sat his school bag down and got a firm grip on his newly acquired weapon, opened the door only to find his father standing over his mother, took aim and fired. Christopher looked at his son in amazement before grasping at his gut in attempts to stop the bleeding. Shortly after, the 6’5 man fell over. Anthony seized the moment to stand over his family’s abuser and watched as he struggled to breathe. Soon after, Christopher’s eyes would appear even more soulless than they had before. Just like that, the patriarch of their family had fallen.

Lynne came to not long after and looked around in an attempt to piece together the puzzle that had fallen to pieces while she was unconscious. As she caught glimpses of what was left of the monster that was once her husband, she immediately looked at Anthony and saw the completed puzzle. She knew what had to be done and that there wasn’t a whole lot of time to do it. She struggled to find her legs and feet before hustling to the shed in the backyard and digging through tools in order to retrieve a saw. She snagged a tarp that Christopher kept for a planned hunting trip and ran back inside, demanding Anthony help place his father on it. Then, she began to get to work.

When Christopher was in bags, Lynne and Anthony went on a few road-trips up the coast, tossing them throughout a River and the ocean. Not wanting to be associated with his father any more than he had to be, Anthony began calling himself Tony. Only one of his closest friends knows his story and is the one responsible for the Two Waters moniker.

Fearful of her only son getting caught by the police, Lynne sent Tony to go live with that friend and his family. That’s the last anyone’s actually heard, though there are rumors that he served in the military prior to the outbreak with the assumed reasoning being to further distance himself from the situation and keep clean of his past. It’s also rumored that some people even think it was because he liked the killings he had to carry out while enlisted. Nobody truly knows.