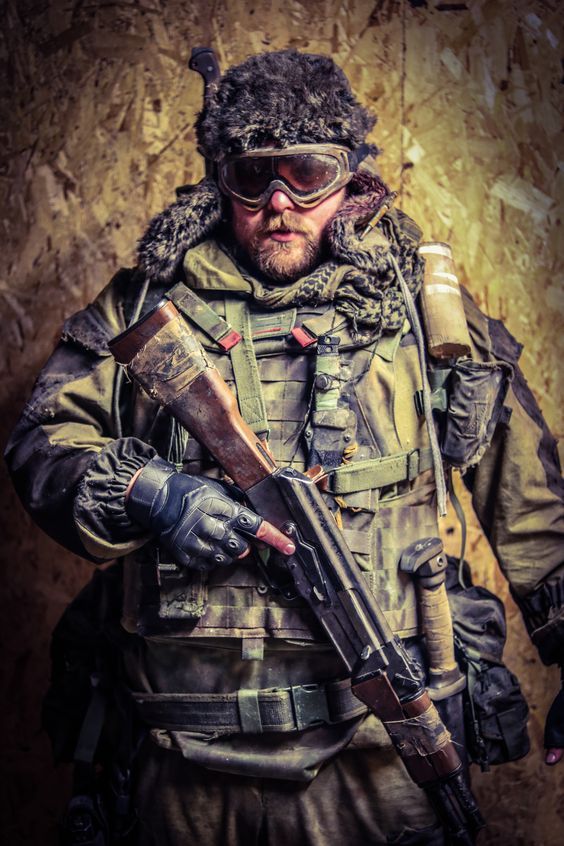 Elvin was born and raised in the Herefordshire, near the Welsh/England border in the UK. He started working in the Oil and gas industry when he was 20 years old - this is what brought him to Chernarus. He worked on serveral of-shore oil rigs for long periods of time of the coast of Scotland before getting an offer from his recruitment agent about a new rig being setup off the coast of Chernarus. This new oil rig was offer a substantial increase in salary than what UK based oil companies were paying at the time. Elvin was apprehensive, though. He had never even heard of Chernarus - having no idea where it even was. After doing some more research and some increased pressure from the recruitment agent, Elvin decided to take up their offer for this new opportunity. Elvin has never really been a family man. He was rather content with working away from home, plus he'd never dreamed that he'd be earning the amount of money that he'd been offered here. He'd have to give up his role as a volunteer reservist in the Royal Logistics corps of the British army. However, this didn't upset him too much - he'd only really joined to save money by getting his truck driving licenses through them. He had enjoy the basic training side of it though. But soon realized that driving trucks up and down the country all day was not something he could see himself doing for the rest of his life - and he was glad that he was only a reserve.

The rig off the coast of Chernarus was supplied from the mainland, once of twice a week. This supply ship would restock the rig with the essentials food, drinking water, toiletries, etc.  Around two months into the trip, the supply ship was scheduled to turn up on the Thursday. However, the ship didn't arrive on time. Elvin and the crew were not concerned though, they still had plenty of supplies to go around; they just presumed that the weather was too bad and that the ship would sail out once the seas had calmed - this was not unusual. They had lost contact with the mainland around a week prior to this.

After a few weeks passed, still with no resupply, no communication with the mainland or the management of the oil company and with food and water running dangerously low - Elvin and a few others decided to take their small outboard skiff to the mainland. This was only around 25 miles. They task was to locate the people in charge of the off-sea drilling operation and find out why they've had no communication with them and to warm them that the rest of the rig is dangerously low on supplies.

After an hour or so on the sea, the mainland was insight. Elvin had barely even been on the mainland, he was only there for a short period of time - staying a single night in a hotel in Chernogorsk before heading out to a nearby airfield to catch the helicopter that flew him out to the rig. But he did notice that this place was very different from his homeland. Once they'd reach the shore, though - he realized that this place was even more different than he would ever imagine.