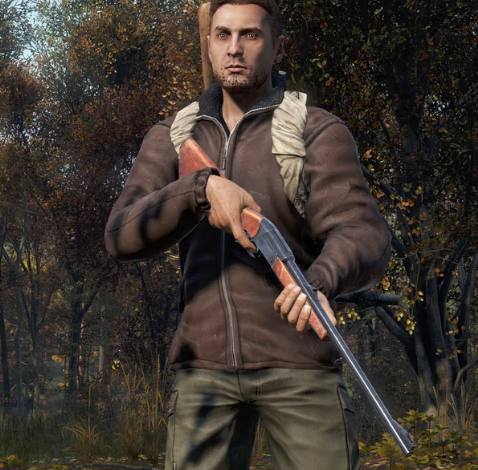 Grew with a single mother in London, before migrating to Russia, had a very protective mother until she passed away from TB, leaving Arby all by himself.
while attempting to flee from some mutants, Arby barricades himself in an apartment building. After surveying the area he's in, Arby sees a bookshelf covered with a sheet. Among the books uncovered he notices a picture drop from the shelf. As he picks it up, Arby realizes that the picture is of a young boy and his assumed mother holding him. On the backside, he is surprised by what he finds. "Little Arby, 2 months old." Although it's implied that this is Arby's real home, one still has to keep in mind the fact that the name "Arby" is rather common in Russia. Another doubt presents itself when he shows the picture to his stepfather when he returns to VDNKh, Sukhoi tells him that he doesn't recognize the woman in the picture and that he never got a clear look at his mother's face when he saved Arby from the rats.

Arby ikely has musophobia (fear of rats) because when he sees one he panics and experiences nausea. He was also terrified when he saw a hallucination of Hunter as a rat. The cause of his musophobia is probably rooted in what happened to his mother and home station as a child.
Before moving to Russia, Arby had a single mother who raised him. Until her death from tuberculosis, the mother was highly protective of Arby.
Arby barricades himself in an apartment complex while attempting to escape some mutants. Arby looks around and notices a bookshelf that is draped with a sheet. He discovers some books and sees a photograph fall from the shelf among the books. Arby picks it up and notices that it is a picture of a young boy being held by what appears to be his mother. He is taken aback by what he discovers on the reverse. Little Arby, age two months.