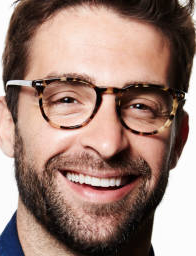 Noah was born during the year of 1990, in Bergen. growing up in a relatively stable time in Norway. Living a normal life with his family up until the start of the pandemic, being 30ish years at the time he was employed as a seasonal roadworker. During the start of the pandemic he moved out towards his coastal cabin as the preventative measures went into effect, living like most others at the time he simply utilized the radio/televsion/internett to keep track of what was going on. Being situated on the coast with a fair distance to any of his neighbors allowed him a bit more freedom then those living in the citys or close communities as he could walk around his plot of land and utilizing the coast for fishing etc.

Living so far outside citys or close communities spared him from the mist and kept the surroundings peaceful enough except for the occasional military or lawenforcement vehicle driving through the area. When the nation went dark and only the looped emergency broadcast played he got worried and hurriedly took stock of what he had and how long he would last and it didn't look good in the forms of medicinal and weaponry. Awaiting for news or instructions about what to do he was shocked when the news of Oslo being lost aired on TV, taking this as a sign to leave Northwards as he deduced that the cold should hinder most not equipped to deal with it he started prepearing for the trip and after a few weeks of getting ready he headed down to one of the many private owned smaller docks and managed to cobble together a working boat.

While making his way northwards he had a few encounters with other survivors both good and bad, still he managed to patch enough information togethere that involved Nyheim being one of the safer areas of the country with a chance of settling within the city it self. With renewed vigor he continued Northwards with even the smallest bit of hope that he might start anew and maybe even get close to normalcy.