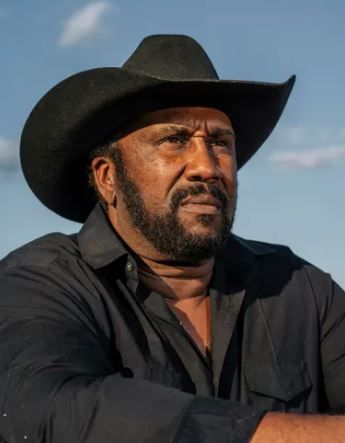 Nathaniel Redwood was a good man throughout his whole life. He didn't have much except his modesty. He lived everyday on his farm, looking after both his live stock and his family. His family was now only made up of just his Nana. His brother and parents both had died much earlier in his life, due to an unfortunate fatal car accident, which led to Nathaniel being shipped off from Kentucky to Chernarus to live with his Nana at the young age of 17. Mr. Redwood made it his mission to make sure Nana would always have family with her and try and leave the world better than he found it. Nana fell in love with a man named Earl and she eventually moved out of Nathaniel's house and into Earl's, very much against Nathaniel's wishes, but he had to let her do as she pleased.

When the outbreak began Nathaniel continued his simple life, but made sure he would look after Nana and Earl, dropping off food to their house every week and making sure their house was suited for survival. A few weeks into the outbreak and Nathaniel found his livestock herds thinning, as most nights he couldnt keep everyone safe from the herds. It didn't take long for the farm to go from ~50 animals to 5. Nathaniel knew this would be problematic, especially with winter approaching, food would be scarce. He figured it would be best if he had Nana and Earl move in with him, and they all three would combine resources to give themselves the highest chance of surviving the harsh winter to come. While his math might have been right, and he did increase their odds of survival, that didn't make the next few weeks any easier. Countless nights without food, long, cold hikes to find anything to help their survival. Earl was never on the same page as Nathaniel, always arguing that whatever it was Nathaniel was doing, was not best for them. Were there times Nathaniel put the three of them at risk? Not in Nathaniel's mind, he was doing all he could for the best of the three of them, despite how he felt about Earl, and despite Earl never showing any bit of gratitude for that fact.

Nathaniel's world came crashing down after about 5 weeks after he had Nana and Earl move in. One day Nathaniel went out to scavenge for any resources, and to tend to the little bit of farm he still could, just like he had been doing for what felt like years. When he arrived home, after a long and cold excursion, he did not have anyone answer his voice. "Hello?" Nathaniel asked, looking around the house, wondering if both Nana and Earl had fallen asleep already. He was getting no response even when he started yelling. Then, when Nathaniel opened the door to Nan's bedroom, he collapsed onto the ground. There in her bed was Nana, however she was missing her hands and feet. They had been gruesomely cutoff with the bloodied axe that Earl had left beside the bed. Nathaniel knew he was always right about Earl, or was it the outbreak that drove him to this insanity? It made no difference to Nathaniel, his had a new life mission, to avenge Nana and find Earl. He set out and left the farm, grabbing anything he deemed could be useful, and set off to find Earl. What he will do once he finds him? There is no telling, but there is no limit to the rage Nathaniel has towards Earl, and the longer it stays bottled up, the more it starts to leak out.