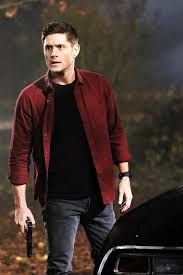 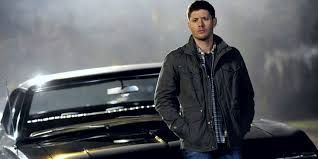 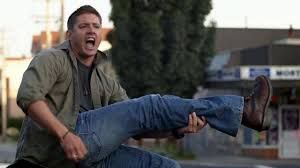 "Oh god, we're not going to have to hug or anything, are we?"

Well ya want to know a bit about Russel "Red" Winchester?! Honestly not a whole lot to say. Red started his life in small town Colt, AR. He was born to Samuel and Shay Winchester. Seemed like a pretty normal and healthy family, for a time. Around the time Red turned 5, his mother was murdered by a man that broke into the house one night while his father was out for work. A few years went by and his father became an alcoholic and lost everything. At the age of 12, Red had enough and realized his father was never going to do anything different and wrote him off and left. Now a 12 year old on his own, you can only imagine the hell that is. Red became good with lieing about who he was and age. He was able to find work for under the table pay. That worked for awhile. As he got to the later years of a teenager, he started to run with a rough crowd and involved with drugs in many ways. He was 24 when he got busted for distrubtion and transportation of cocaine and meth. The courts showed no mercy for his case, and sentenced him to 10 years. He did 6 years in South Dakota State Penitentiary and was released for good behavior. After prison, he really started to think about what he wanted to do with his life. He was approached by old associates and was told that he was going back to work for them and he refused. Now, the only choice he had was to get as far from the current situation. Only way he could find to get out is to take an offer for a private contract to assist with an ongoing situation in Chernarus. He had no idea what he was getting himself into. Once in Chernarus, the team he was with were all but eliminated and now he is on his own trying to survive. He has made a couple friends but still has a hard time trusting anyone while also making sure the infection doesnt consume him.

"What the hell is wrong with you?! You don't just go around shooting people like that!"