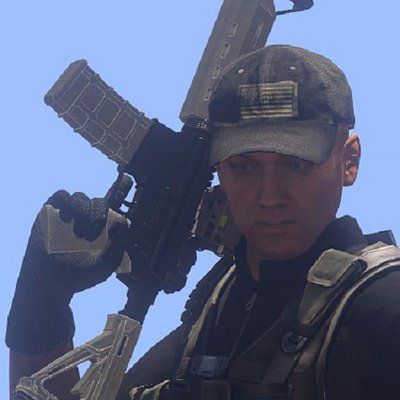 Blake was born and raised in a small town outside of Little Rock Arkansas, like most kids who grew up in the area he loved the outdoors and found himself spending most of his time in the woods. He would leave the house when daylight peaked and would not come back until the streetlights came on. Throughout his teenage and high school years he always craved a higher purpose, so the week after graduating high school he joined the US Army and became a 68W aka a combat medic. He would go on to deploy to Yemen during the global war on terror with the 82nd Airborne. After returning from Yemen his leadership recognized he was excellent at his job and could even instruct so they offered him the opportunity to go to special forces assessment and selection. He pounced on this opportunity as he had always heard about the fabled green berets growing up. After completing SFAS and then the Q course he was assigned to the 10th Special forces group. Upon his reclassification, to Special forces, he completed the green to gold program allowing him to become an Officer when arriving at the 10th group, where he was put in charge of communications. During the duration of his time there he would deploy to places like Kosovo, Moldova, and Ukraine, all former soviet nations to train and assist the local military and government on everything from warfare tactics if the Russian attempted another invasion, to helping establish communication infrastructure. He was known within the unit for retaining the "cowboy" in him from his origins, he would often take his troops out to the local bars after completed missions and bond with them by going shot for shot on whatever liquor the host nation preferred. He advocated for his men when the chain of command attempted to do wrong to them and stuck to his guns. In his personal life he had dedicated so much to living a "High speed" lifestyle that he had gone years without making a personal connection with anyone of interest. This would lead to his excessive drinking habits to compensate for his lack of family or loved ones awaiting his return. He would volunteer for deployment after deployment, constantly running from the emptiness back home. Until one day, it came to an abrupt halt, he was back stateside and drinking his way into a stupor when a waitress at a local restaurant sat down and asked why, he replied, arrogantly "because I'm a grown ass man". Understanding that he would not be talked out of it, she simply said "if you want to start acting like one, then you could call me" and left a number on the napkin. Aroused by the idea of companionship he called the next day. She agreed to meet him under the vale of sobriety only, and demanded to be picked up at nine O'clock and be taken to dinner, he complied. He complied just as he would for years to come, as he fell for her personality and the ability to withdraw the urge to drink from him. She had been enough for him to even leave the army in hopes to establish a family. This would soon come true and with a baby on the way, he resigned but picked up a Contractor position doing communications work for the 2nd Cav Regiment. Life was good, his first child was born and he was happily married, worked a cush office job helping with comm equipment and supervising the communications section. This was all until he was once again called upon by the nation, this time not to do any shooting but simply establish communications for a group known as the CLF that the central intelligence agency had been grooming to fight Russian presence in chernarus and hopefully overthrow the acting government who was pro-Russian. His instructions were simple, he would be driven into the country from Poland by CLF operatives and a CIA case agent, he would play mute at any military checkpoints and all communications equipment would come buried in tractor trailers loaded with fertilizer. Establish UHF and satellite communication capability and leave. He would still be "assigned" to the US Army but would be sent to "continuing education courses" in Belarus as a cover to tell his family and unit. At the time he did not know that the last thing he would tell his family in person, would be a lie so that he could once again go play "GI Joe" and chase his self-fulfilling prophecies. As it would be one particular gruesome day embedded with the CLF forces they would get the news that a guerrilla outpost 10 miles away had been overan, but not by government forces... They held out as long as they could at the HQ but eventually were forced to wander out in search of supplies, during this time the rest of his fireteam was lost at a skirmish at a checkpoint. Lost and alone in a nation, he was clueless about he is now attempting to establish communications within the region to send for help or contact his family... if either is left to be called to. His goal for the short term is to find a way to establish a safe haven for survivors to come together and help each other, and a group of regulators to help make sure that this haven remains safe. He is currently attempting to build the frameworks of that now, to maybe use his organization for personal gain, to find the equipment needed to make the four satellite relays, to establish satellite communication to a receiver in hopes of finding the state of his family, unit or the united states as a whole. His mindset is evolving as the time spent in his personal hellscape increases, a crave for power grows and a disregard for the means and simply a thirst for the ends, for success, for control that he so swiftly lost.