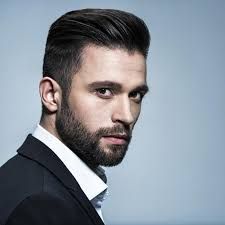 William Stone is a 25-year-old government politician who enjoys relaxing, listening to music, and reading. He is generous and inspiring, but can also be very sneaky and a bit cowardly.

He is a Russian Buddhist who defines himself as straight. He started studying philosophy, politics, and economics at college but never finished the course.

Physically, William is in pretty good shape. He is of average height with white skin, brown hair, and black eyes.

He grew up in a middle-class neighborhood. After his mother died when he was young, he was raised by his father

He is currently in a relationship with Iona Donna Randall. Iona is the same age as him and works as a student.

William's best friend is a government politician called Christina Jenkins. They have a very fiery friendship. He also hangs around with Adrian Wall and Josiah Carter. They enjoy golf together.

William found himself moving away from his hometown Ohio, Because of the state it was in with the protest and negativity.

But when the infection started William was one of those believers that the world was going to end soon and it did. So William was more prepared than anyone had ever seen. William worked with some people back in his day as a part-time Army Doctor's nurse. So he cleared himself of all infected wounds and marks he had been given.