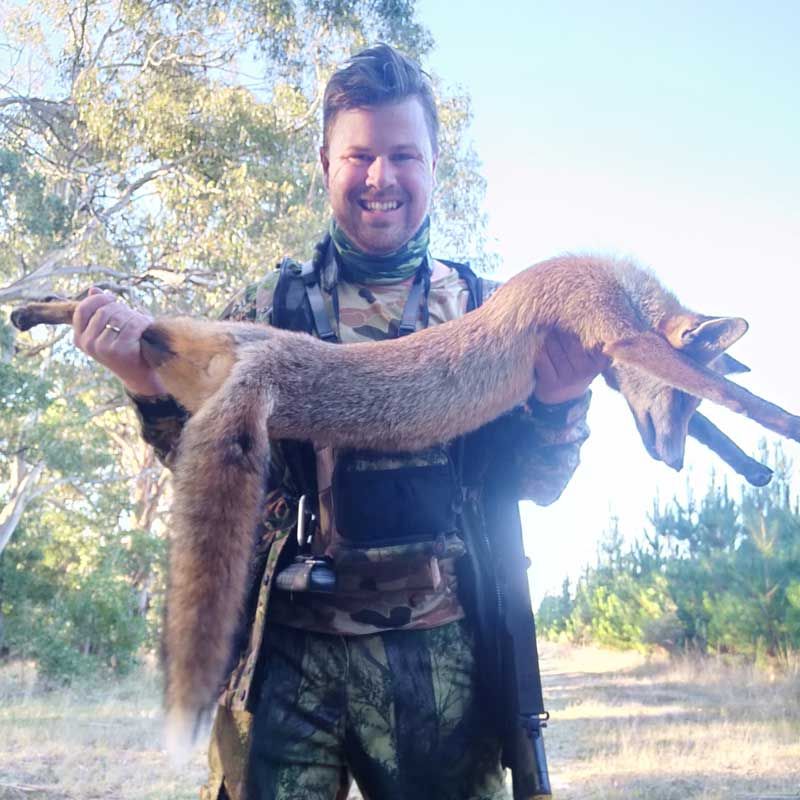 Bobby Jones live in the small town of Jericho in Australia. His whole life he grew up as a hunter in the Australian wilds. Hunting alligators, kangaroos, dingo, emus! Those damn emus...From his hunts he made money and became somewhat of a name in his town. He moved slowly into bigger cities selling his trophies and showing off his skills. By the time he got bored hunting in the Australian outback he was renowned for his amazing hunts. He even hosted group hunts where he would take anyone who paid on a hunt.
After a while of living the life, he got bored of hunting the same animal over and over. So, he moved on to other countries and continents. He went to Africa, Asia, Europe even America to hunt some of the most dangerous species in the world. With his skill and grandeur he took down every target. Along with the trophies of those hunts, he is covered in scars from the times he came close to Lady Death. He finally found his long lost passion of hunting again and he became rich from the tours and experiences he sold to tourists. However, as any rich person with power who indulges too much, he grew bored of this lifestyle. He found himself stuck.
Fast forward a few years... the zombie outbreak hit. When the outbreak hit he was hosting one of his tours in Russia hunting deadly bears and wolfs. Him and a few group of people were in the wilderness when the outbreak started, so they were not aware of the soon to come danger. A few days into the outbreak, they were still on the trail of a some bears. When they came upon the lair of the bear they found what was only seen in movies and books. Undead zombies have killed the bear and now they were eating from it. Bobby didn't know what to do, he didn't know if they were sick or what. For once he felt a fear he could not overcome. The zombies noticed them and soon rushed towards them with deafening shrieks. Now Bobby didn't have a choice. Human or not he had to defend himself and the group. He shot once, twice, three times with absolute accuracy gained from years of experience. The zombies ahead of them were hit in vital areas. Two in the chest and one in the head. However, only one fell over dead. The two who were shot in the chest seemed to only stagger for a second and then continue to charge. That's when Bobby now knew they were no longer human. He finished off the two left with clean shots to the head. Him and his group decided to try and get back to civilization and see what was going on. Whatever was happening he was responsible for these people and their safety. Two days passed by the time they got to a small town. It was oddly quiet. Cars were crashed or broken down, windows smashed. No one seemed to live here anymore. The group split up to search for resources and that is when Bobby heard the screams. Some of the people who split off were surrounded by these monsters. He tried to kill the monsters but it was too late. They overwhelmed the people and killed them all. The gunshots only attracted more and made it harder for Bobby and the remaining people to escape. In the end, only Bobby made it out alive...
For the next few days he mourned the people he lost. He mourned the hope of him going back home. But after a while, he realised...what most people saw as hell on earth, he saw a second chance. A reset button for his life. He found that hunting these deadly undead creatures gave him a thrill no animal ever satisfied. Whether it be for revenge or pure danger, he had one goal now. To kill all Zombies.