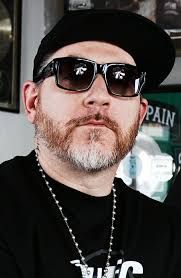 john joseph Doyle  (Jay-Jay) is a 45-year-old ex-spy who enjoys football, watching television and climbing. He is strong and honest, but can also be very angry and a bit over suspicious.

He is Irish. He has a degree in phycology. He has a severe phobia of snakes

Physically, john is in pretty good shape. He is average-height with pale skin, ginger hair and green eyes. Unusually, he has a prosthetic eye lost to a sharp stick while he was feeling the infected.

He grew up in a working class neighbourhood. He was raised by his father, his mother having left when he was young.

He was in a married to Kaitlin Olive Doyle. Kaitlin is 15 years younger than him and worked as a teacher before they got separated by the apocalypse.

whilst on a secret mission to find out the availability  of western weapons in the chernarus region of eastern Europe he got separated from his team, having been abducted by scientist wanting to experiment in his unique physio, after the first swarm he managed to escape the lab that was holding him. his wife was used a cover for him to be in cherno  being a teacher was the perfect cover as the local schooling had been failing and was deployed to a local primary school and he lost contact after the spread of the virus

john's best friend is a DJ called Jackson Dean. They are inseparable. after they bumped into each other whist savaging for food He also has close ties with some KGB agents who were lost during the first outbreak while conducting espionage