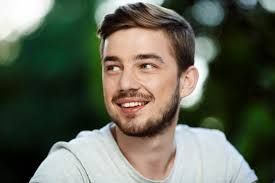 Being raised by parents who both follow the medical field,  Mykal grew up fascinated with the ins and outs of medical practice. Born and raised in Southern Nevada, Mykal was a desert rat who spent his childhood in his room studying or out in the desert soaking in as much sun as he could. Mykal's mother was a doctor who specialized in pediatrics while his father spent his work hours with the dead as a mortician. This eventually led to Mykal going to medical school where he graduated with a bachelors in Medicine. During his time in college, Mykal developed a gambling addiction where he spent countless hours and many paychecks at the blackjack table or ripping off his fellow colleagues in the dorm rooms, which eventually led to the name "Blackjack". In the early stages of 2019, news of the new virus, AVM-FLA-19 began to spread around the world, eventually leading to Mykal's mother to take a work trip to Europe, Mykal being a momma's boy, he followed. The two spent the early days of the outbreak doing their best to help others from Germany to France and eventually finding themselves in Nyheim.

The early days of them staying were spent between hospitals and the camps that had dotted the area around Nyheim. Mykal was often left as the runner for his mother to retrieve and deliver medical supplies. In September 2021 Mykal's entire world and the way he saw it changed, as the virus took a dark turn. He and his mother barricaded themselves in their small flat they had rented when the media went dark, his mother had made sure to overstock on medications, food, and water in the months they were there before everything hit the fan. On October 30th, Mykal found himself within their flat, reading a fantasy novel, his mother had gone out to check on a few friends she had made. Everything was shaken when jets approached Oslo, with them nothing but fiery destruction. Mykal found his face plastered to the window as he watched in awe as the jets rained down their fire upon the Earth. Hours passed and Mykal had yet to see his mother, the floor nearly worn from his pacing. He eventually found the courage to gather some things and go searching for her. The streets of Sorbu were quiet, he walked softly and steadily toward a friend of his mothers who lived nearby. When he arrived at the residence, he was greeted by the front door ajar. Mykal slowly stepped into the home, his flashlight and pistol in either hand. "Hello," he called out as he made his way into the living room. He peered over the overturned coffee table, broken glass, and face down TV that littered the space. "Hello," he called out again, only to be met by a low growl coming from the bedroom. Mykal slowly made his way for the bedroom door, his pistol ready. "Mom, is that you?" he murmured, his voice shaken. He slowly opened the door with the barrel of the gun to be met by the sight of his mother, drenched in blood, over her friend who's flesh between her teeth. "MOM!" he screamed, falling back a few steps. The husk of his mother leapt up, her body twitchy and devoid of color. "Mom," he whispered before pulling the trigger and driving 4 bullets into her chest. The woman, no longer the woman he called mother, continued forward letting out a bloodcurdling scream before lunging toward Mykal. "Fuck," he exclaimed, haphazardly pulling the trigger and collapsing into the wall with the figure. "Mom, are you..." Mykal laid there, her lifeless body draped over him. "Mom... I'm so sorry," his voice cracked, tears streamed down his face as he struggled to shove her body off of him. He noticed a bullet had made its way through her skull, rendering her dead... At last.

Now, Mykal finds himself alone in a place he has no friends, no family, and no place to truly call home... All in the midst of a pandemic he hasn't the slightest idea is going to play out or not. Mykal returned to their flat, gathered very little from the already dwindled stockpile his mother had created, and ventured off into... Well, nothing. The young man was traumatized, scared of the unknown, there was no telling what would become of him on his own in a place he couldn't even read most of the street signs, yet he had to do something other than just lay there and die. With no real goal in mind, he ventured into the streets and off he was to become... Something.