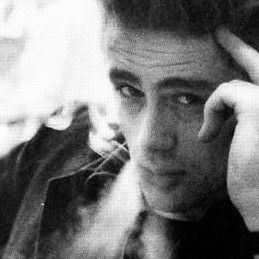 Born in Kamyshovo to an immigrant father who was fasioned in a formative military non-combative intelligence operation based out of M B Kamensk in the northern part of the region, Quentin and his father acted as a team of survival all of Quentin's life. His father Chase, after losing his wife, the half-french granddaughter of Duke Ivan Kozlov, Nonali Gouraige Kozlov, to an unknown illness, financial desperation in the region (even for the military's most profound) was sadly abundant.
Fortunately enough for Quentin, an ample stash of forbidden firepower and food and tactical supplies was safeguarded in an undisclosed location in the unforeseen event of travesty. Quentin is the only one out of his family to make-way in the forced and bitter post-apocalyptic world we face.
[Update to Dec 12, 2017] - With the help of former colleagues from Alcyone, operating out of the city Dolina, a city a few km off the eastern coast of Chernarus, Quentin was able to successfully rig a 4x4 jeep for a journey through Russia, where Quentin found himself back in functional society --
[Update to Oct 29, 2021] - Operating an unlicensed coop militia initiative out of the city of Moscow, Quentin's reputation as a refugee from Chernarus exceeded him.. --
[7:25pm *phone rings unexpectantly* "pack your bags."] [9:00pm *door bursts open*] Quentin is escorted inside the back of an unmarked vehicle --
[5:00am *Quentin regains consciousness in an unknown shack*] He exits the shack to find no people, only a suitcase next to a vehicle with the door open. Upon opening the suitcase, he finds a wallet.. "Krones? What the fuck am I doing in Norway?.. What's going on.." --

[Update to Nov 15, 2021] Quentin's radio picked up an undetected universal frequency, emitting a message that stated "Other's will be joining the redzone in 18 days. Ensure they don't try escaping" --