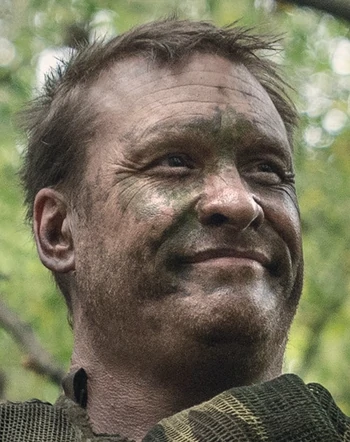 Chris Montanio is a 39-year-old ex US Marine Staff Sergeant turned Mercenary who has a persistance to value those around him of value to himself. Chris grew up in La Crosse, Wisconsin to his stern father and loving mother. He would be raised under a strict set of values put down upon him by his father who also taught him his early life skills. He would enlist into the Marine Corp and go through basic ending up in the 15th Marine Expeditionary Unit. After basic he would meet his wife grace and they would be married before he was sent off to Afghanistan. He would serve in the Marine Corp for 8 years before receiving a dishonrable discharge and starting his career as a PMC.