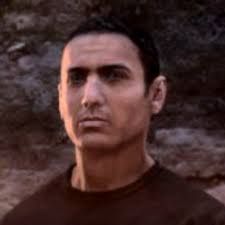 Shawn Ali grew up in Stockholm Sweden in 1995, in his young childhood he grew up in a low income household. His parents worked very hard to make sure he was supported well enough to live a good life, and told him to attend college once he finished high school. Once he finished high school he attended college at a local university and got a degree in mechanical engineering. Fresh out of college he was desperate to start his life and prove himself to his parents. An old friend of his told him about a company looking for fresh engineers and right away he started looking into the company. They were a small company in a small area of Norway. He applied for the job position and to his luck got the job, the next week he packed his bags and drove over to his new city of residence Nyheim. A year had passed by and Ali was enjoying his new job and his new life in a new country. Rumors were spreading of an epidemic spreading across the country and it would happen in the near future. Ali was skeptical of this virus and kept working. A few years had gone by and the epidemic had only turned into a bigger problem. Ali realized he had to leave Nyheim as soon as possible, he knew the airports and airfields wouldnt be an option, since they werent letting civilians leave the country. Ali did what was best for himself and took to the forest, for a better chance of survival. He had to escape alive and make it back home, it was his only option. He fled the city he got so accustomed to, hoping hed make some friends along the way and to find saftey for himself.