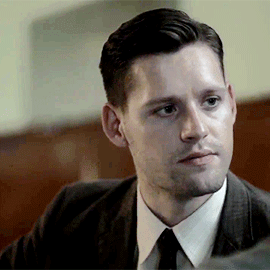 Early life
Gleb was born at 1998 in the city of Rostov-on-don. Being born to a poor family his upbringing was quite modest. His father, a veteran of the soviet invasion of afghanistan, was always filling 's head about to corruption of the new democratic government. In his neighbourhood, free thinking and criminal groups were common sight, which didn't help Gleb avoiding trouble. Life went on, he managed to get into university, until one night he was at the wrong place at the wrong time. He was drinking with a friend at the barn, when he managed to get into some guy. later turned out, that guy was the son of a local high ranking police officer. Gleb was arrested, and due to the criminal offense, he lost his scholarship.

In the army
After losing his scholarship, he couldnt avoid his mandatory service in the army. Fortunately for him, in his unit was a few old friend of him from the neighbourhood. A friend of him named Misha kept talking about some anarchist group, seeking to make to country a better place, to giving people a chance to live in a fair world. They agreed, once they are out of the army, they will go and search for this group, maybe join them as well. Even though Gleb saw his service in the army as one of the most pointless task in his life, he managed to get to know a few people their, not to mention how to use a gun. At that time it didn't mean anything, but maybe one day he will have to use his skills.

Nyhem
Last known to his friend and family, he was heading to nyhem for a trip.