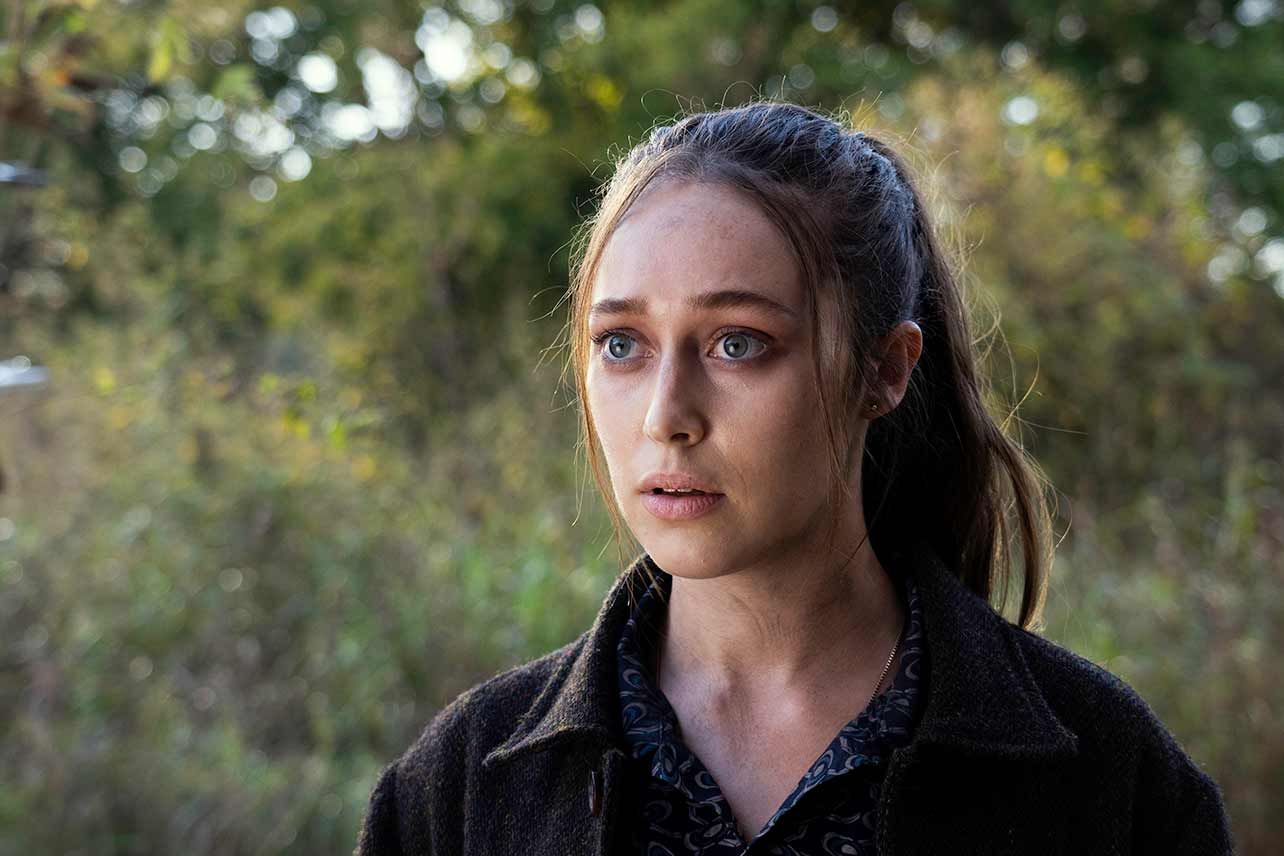 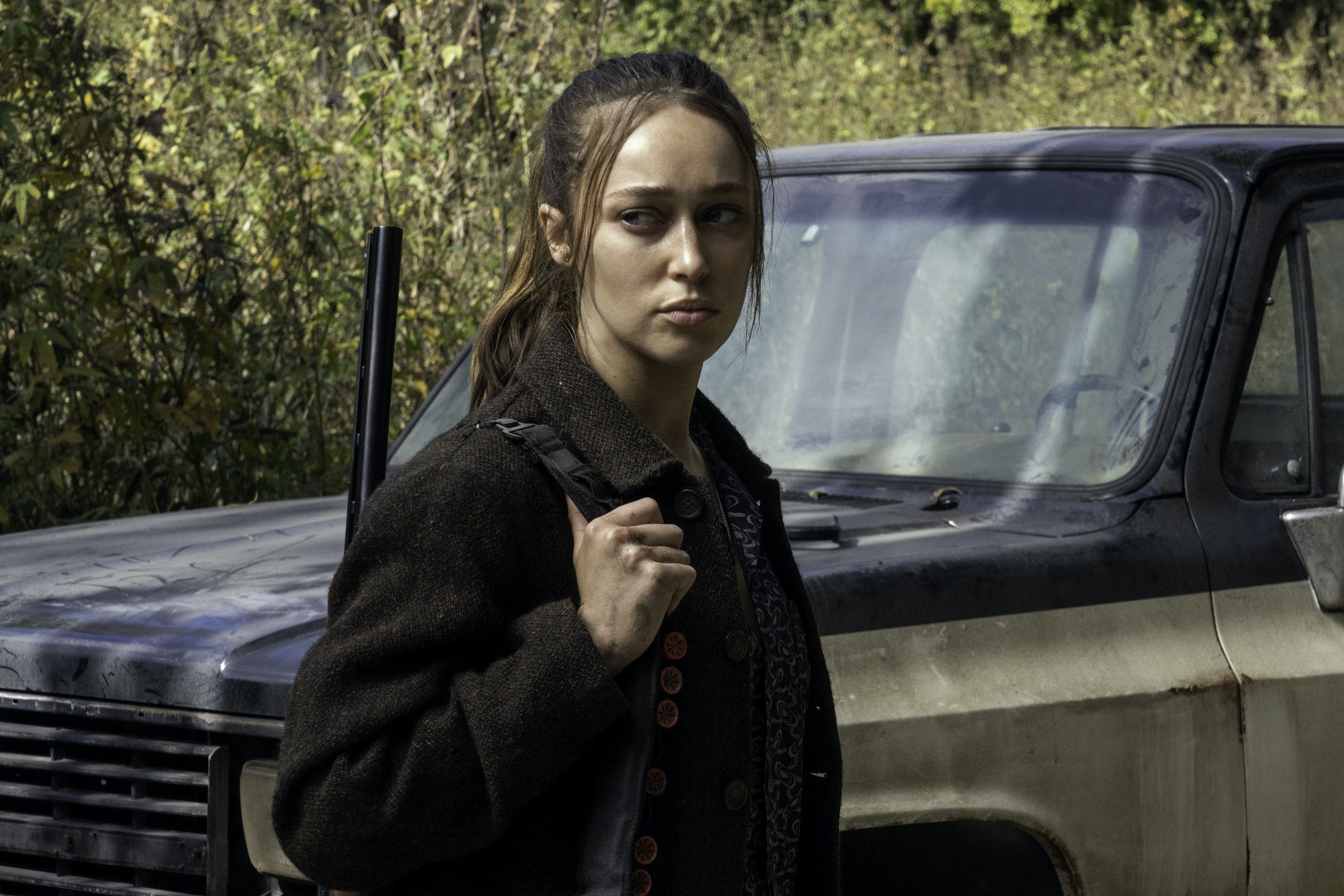 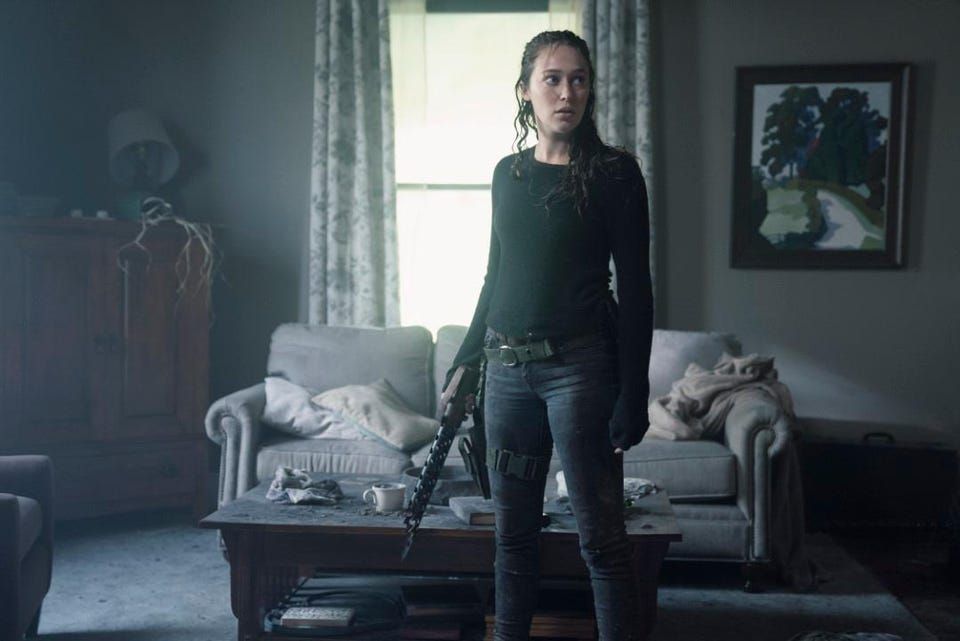 Winona was born on August 8th, 1998 to a single mother, in the small mountain tourist town of Big Sky, Montana.
Her mother, Cheyanne, was a quiet but hard working house keeper at one of the local hotel lodges, and, even though she worked long hours and weeks, she would make up for it by spending all of her quality time doting upon her daughter, Winona. The two often went on camping trips with Cheyanne's two older brothers, and due to this, Winona was very close with her uncles. One of them was a Game Warden for Montana F&G, and the other was a helicopter pilot who specialized in mountainside rescue. The family was full of adventurous folks, and with this influence, Winona grew to love adventure herself.

She never knew who her father was. All Cheyanne would tell her was that he was a long term guest at the lodge, but he was from another country and wasn't allowed to stay in the States, even when Cheyanne became pregnant. Cheyanne's family was mostly made up of sioux people and/or close decedents, but Winona was ambiguously mixed race and had light brown hair and stony blue eyes. Not knowing who her father was never bothered her much, however, unless people asked her about it. It was due to this that she often isolated herself from other children or teens as she grew up, choosing instead to immerse herself in nature.

As she came of age, she began hunting and fishing even when her mother was continuing to work at the lodges. Sometimes, even striking out on her own.  She loved to camp and prided herself on her skills in nature. Her love for nature eventually evolved into an intense passion to protect it. She changed her dietary habits and attempted to adapt a conscientious living style that she felt could help make a difference in the carbon footprint she left on the world. She only hunted for sustenance, and when she did, she would share her game with her whole family, and even neighbors and family friends, and store meat for the winter so as not to let any go to waste.

By the age of 18, Winona was growing to be a strong minded young woman, which her uncles often teased her about. But she had a tender heart, and so the teasing would only go so far, as it was all in good fun. Most people found her to always be mature and well-meaning, so, she was, in many ways, the pride of her family. 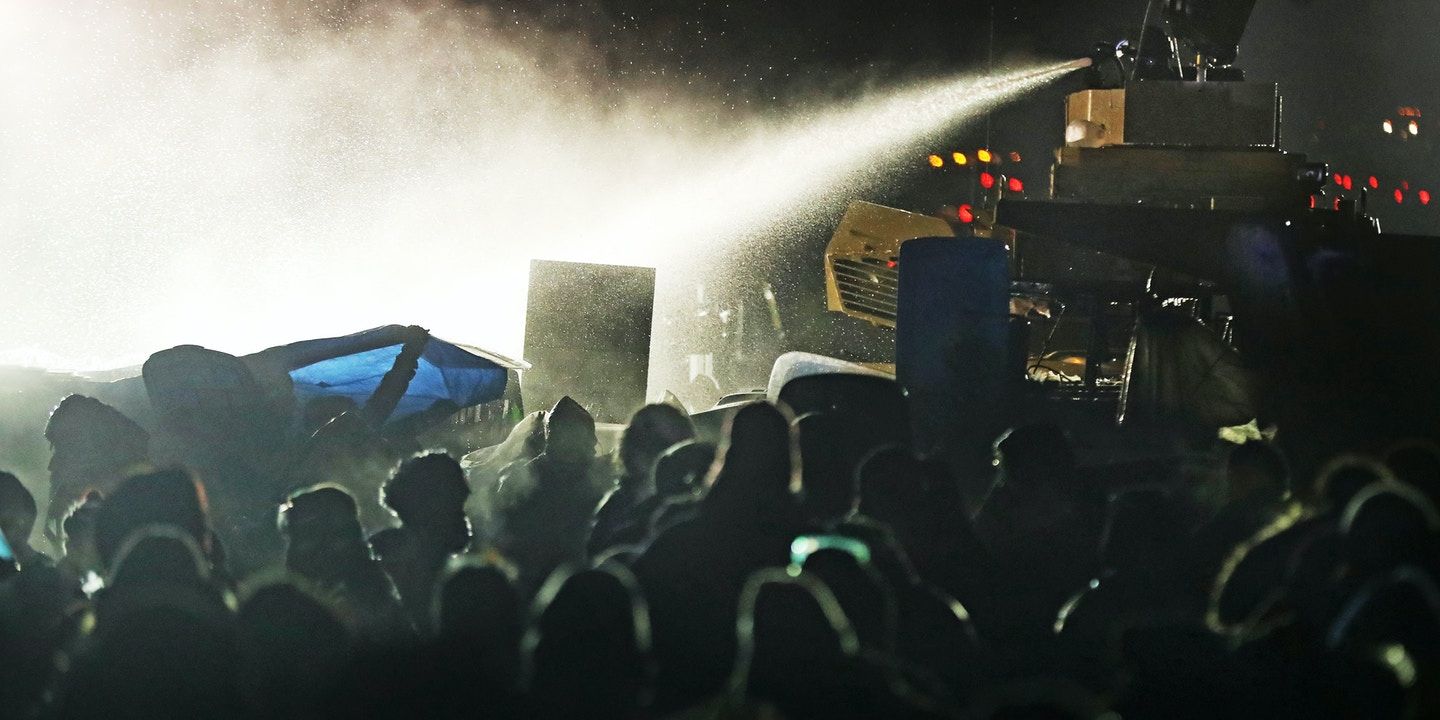 In the wake of the 2016 #NODAPL protests, Winona was beside herself.
Just shy of turning 18, she begged and pleaded with her mother to attend the protests. The discourse had ignited a storm of passion within her, especially due to her family's close ties with many of the protesters. Although Winona had never lived on one of the reservations herself, and she was not often exposed to her family within the Sioux nations, she felt a moral obligation within herself to go and show her support. However, Cheyanne refused to allow Winona to put herself in harms way, even if she was sympathetic to her daughter's plights. This disagreement between the two of them caused a rift in their family unlike any they had ever had before, as Winona was growing into an adult and her convictions solidified, and she became stronger willed than ever. Likewise, her mothers' did too, in an effort to protect her daughter.

The protests raged on, however, and Winona turned 18 in August of 2016. At this point, there was not much Cheyanne could do to stop her aside from persuasion, or a withholding of support. Since persuasion would not work, Cheyanne pledged that she would not assist Winona, in hopes that the task of joining these protests would prove too difficult for her. But, Winona was determined as ever. Over the summer, Winona got a job working at the ski lodge, and was able to save up enough money to purchase herself a vehicle. In the meantime, her uncles taught her to drive, unaware of what she intended to use this skill for. Winona did not tell her mother of the driving lessons, and Cheyanne worked so much, she did not know. It was unusual for there to be any secrets in this family, so Cheyanne's brothers always assumed she knew, however.

And so, before August even came to an end, Winona had all she needed to take herself to the front lines of the protests in North Dakota. But, she had barely ever left the town of Big Sky or its surroundings, and she had never left on her own. So, even with all of her preparation, much stood in her way. 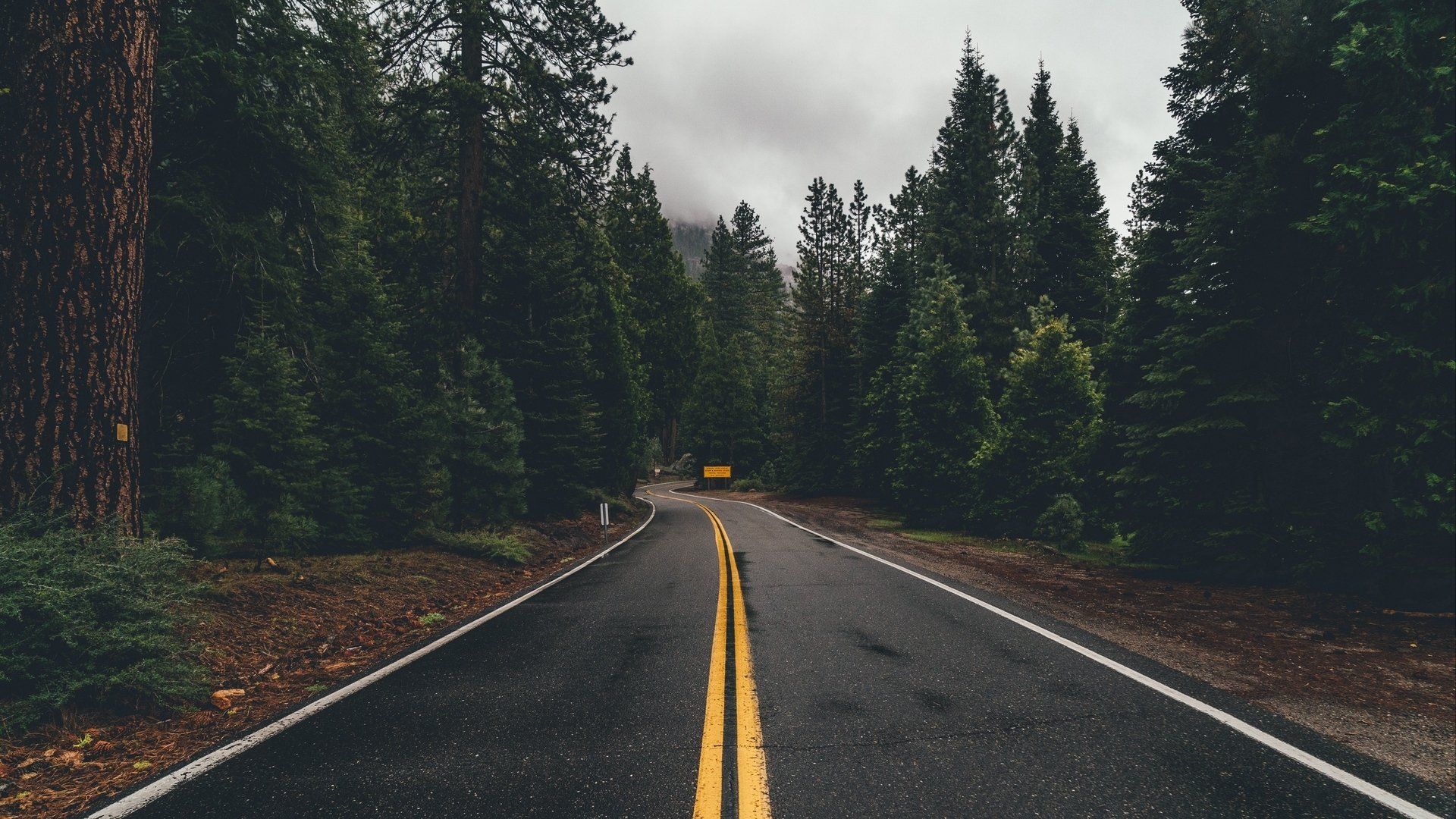 By Winona's estimates, the trip should have only taken around 10 hours, give or take.
But despite Winona's aptitude on the trail, the road proved itself to be a challenge for her. The vehicle she had purchased was a beat up yellow colored camping van, something she had always wanted for remote adventuring. And while it had its uses, it was slow and particularly fussy during extreme weather; or, rather, any weather that worsened visibility or traction. During Winona's drive, she encountered early fall sleet storms. Snow falling from the sky and melting on the pavement, only to freeze in the cold, damp air and cause black ice. Winona had to take it very slow. Still, she was new to driving and until this point, had never driven a long distance alone. Impatient drivers pinched her rear on narrow highway roads, heightening her anxiety even moreso.

About 4 hours into the trip, a driver attempted to pass her in the oncoming lane, they swung in front of her, losing traction on the road, and her reaction was to turn her own wheel to avoid them, mistakenly estimating that they would hit her. This caused her van to spin out completely, and she found herself in a ditch on the side of the road. It was there, it seemed, that her journey would end, as she was unable to get her tires out of the deep mud they had sunk into. She crawled into the back of her van for a time, contemplating her options. But she knew she would have to call for help. She turned her phone on to see that she had a slew of missed calls and messages from her mother and uncles, and others who knew her from town.

Cheyanne picked up the phone in a state of panic. Winona never left without telling her mother first, and Winona was always home by the time Cheyanne got off work. But upon hearing Winona's voice shake over the phone, Cheyanne knew that the argument could wait until her daughter was home safe. Her uncles came out with a tow truck and pulled her out of the ditch. By now, it was well past midnight, and Winona was too exhausted to drive. So her uncle hitched her van and let her lay down in his backseat as he drove her the 4 hours back to Big Sky, where her mother was waiting. They never fought again after that night. 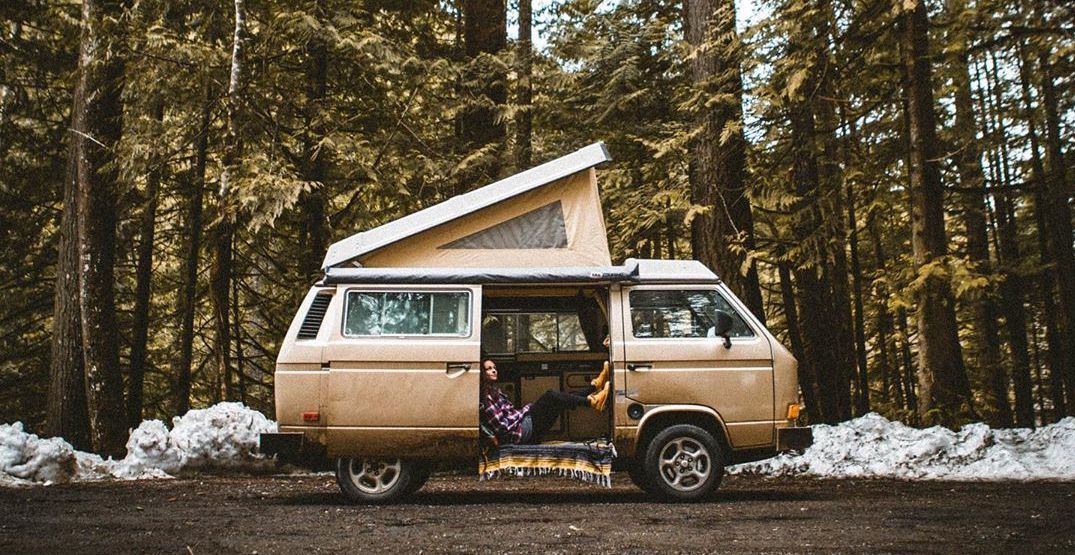 Winona never really gave up on her dreams of adventure.
After her failed escapade, Winona realized the type of preparation she'd really have to do if she wanted to make the impacts she wanted to make. She looked to her uncles for guidance a lot during these times in her life, as both had ambitious and purposeful jobs. She saw how her mother worked day in and day out to keep the lights on, and she respected it, but she knew that a life like that could never suit her. She longed for something more. She longed for her world to be bigger.

Winter of 2016, she saved up enough money through ski season to take the summer off, and it was during this time that she began to take her van out on trips further and further from home. She taught herself how to navigate using roadmaps and became much more comfortable driving long distances, and in a multitude of weather conditions. She drove out further and further with each trip, crossing state lines and eventually even reaching the coast.

Her life became fairly well balanced between her adventures and her work at the lodge. Winter time was spent mostly with her family and at work, but her summers were reserved for her escapes into the wild. By 2017, Winona had driven coast to coast across the Rustbelt in the northern US, as well as down the west coast through California and back up through the heartlands. By 2018, she'd driven and camped through Canada and Alaska.

In 2019, Winona began planning for something even bigger. 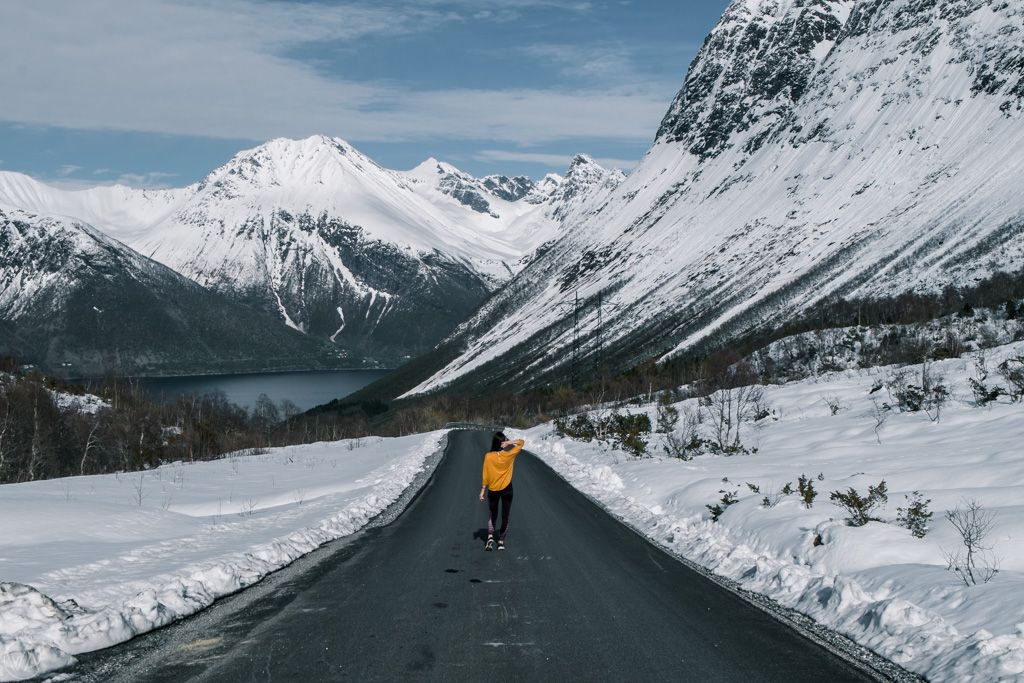 By spring 2019, Winona had paved the way for herself to spend a year abroad in the EU.
Specifically, she headed to Norway, where she had, through vague context clues, discerned that her father was originally from. Though, she was not there to find her father, there was a part of her that fancied the idea of accidentally encountering him on her journeys without even knowing it. Or, perhaps, somehow, that she would know it, though she knew that this was a naive notion of hers.

Her plan was to hike around the country's vast and beautiful landscapes, hitchhiking and hoofing her way from place to place. She would miss her van, but she also felt that this would truly challenge her in a way she had not felt challenged in years. She was able to secure a work permit and got a part time job at a ski lodge set up for the winter as well, so her stay was funded. The job also came with lodging accommodations, so she thought this a good fit, even though she was only promised part time. With her winter amenities secure, she embarked on her new adventure.

But no one could have guessed what would would befall the region that fall.

PERSONALITY
Winona can be reserved, or even shy, in social settings or around strangers, but when she is comfortable or confronted with something she feels strongly about, she will not come off as soft spoken.
She is patient and sensitive, and particularly empathic, especially toward children and animals. But, despite the strength in her convictions, she can be naïve, or even foolhardy.

She is independent, but ultimately does not do well emotionally in long stints without some sort of human connection.

M O T I V A T I O N
"Be the Change you Want to See in the World"
Winona is mostly driven by her emotions and intuition, both of which are mostly influenced by her desire to help and heal. Her fear of abandonment mixed with the example of her hardworking and doting mother has resulted in her often bending over backwards to appease others. Sometimes at her own expense, and sometimes when they don't deserve it.
She values information and education, but to describe her as "logical" would be inaccurate, to say the least.  While she is bright, she is not always informed, and will sometimes jump to conclusions. Due to this, she is quick to react to some things, but hesitant to take action for fear of making a mistake.
Still, she is headstrong by nature, and resilient.
She wishes to be an example to others as her mother and uncles were to her.

But most of all, she wishes to bring something good into the world.