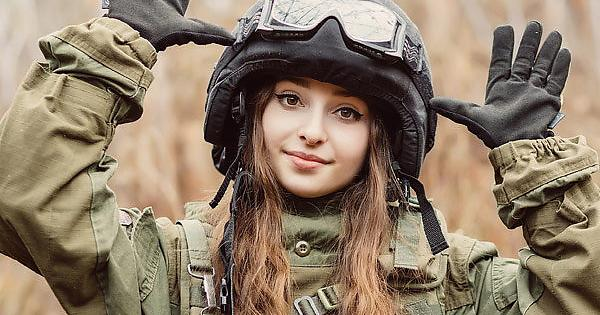 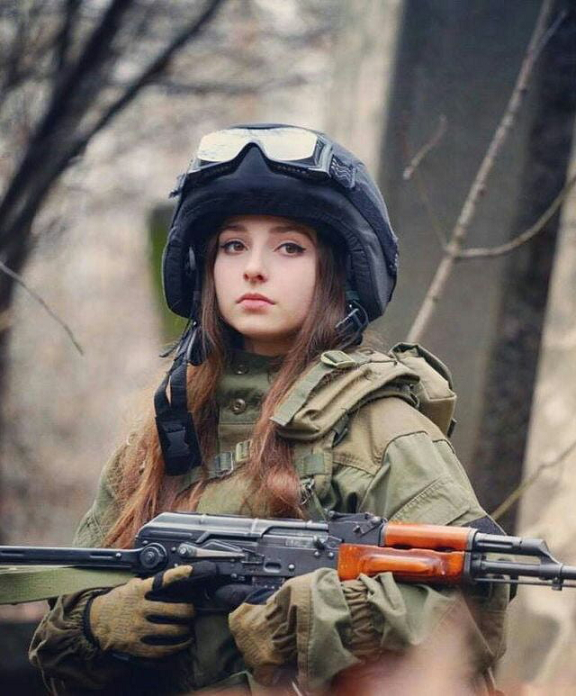 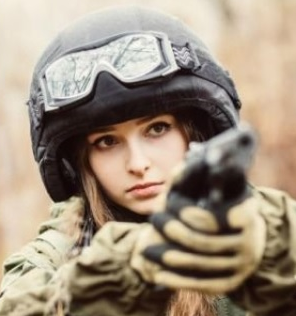 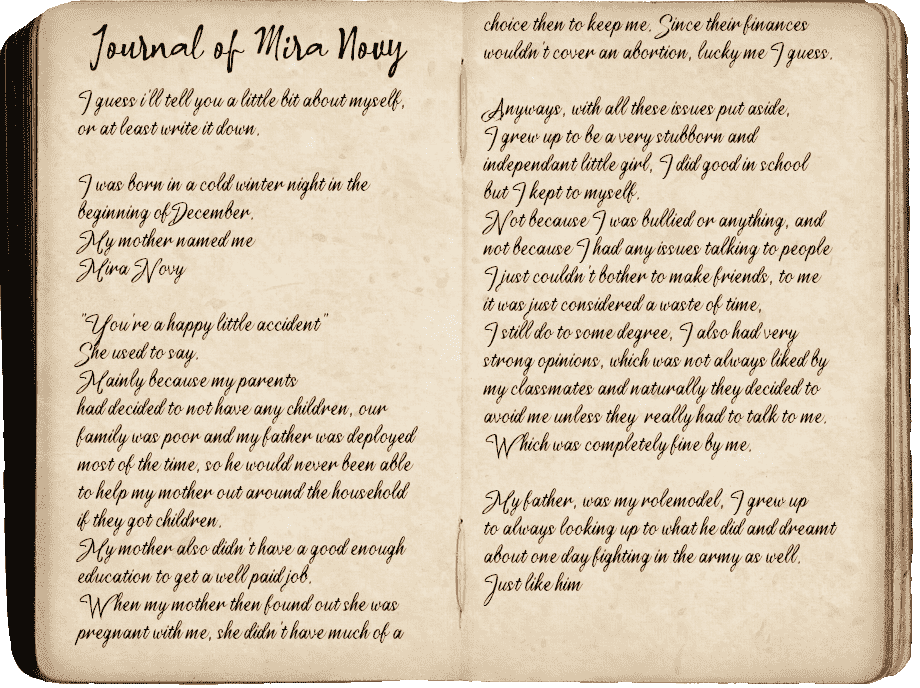 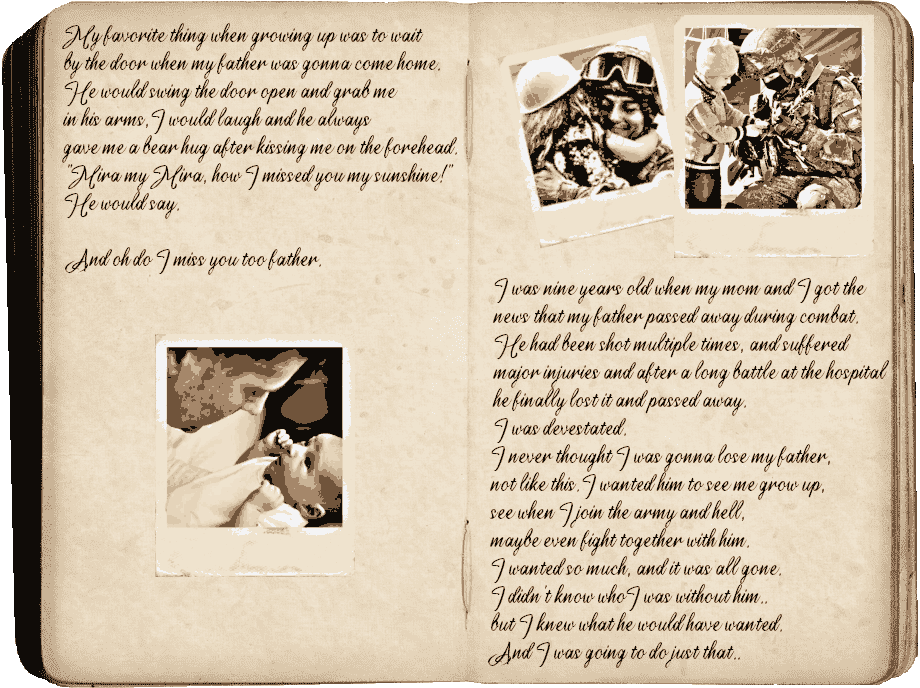 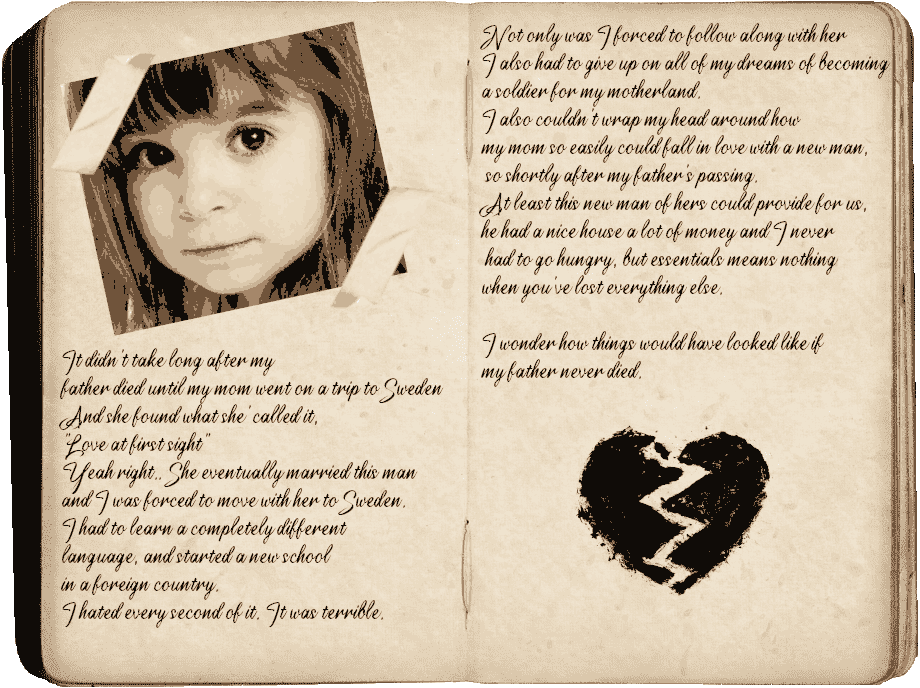 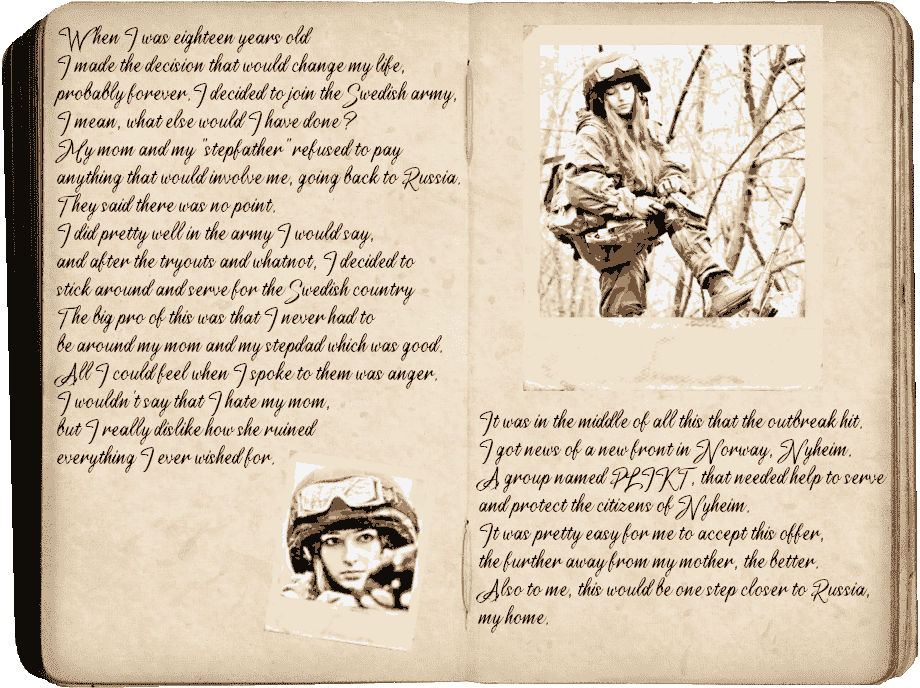 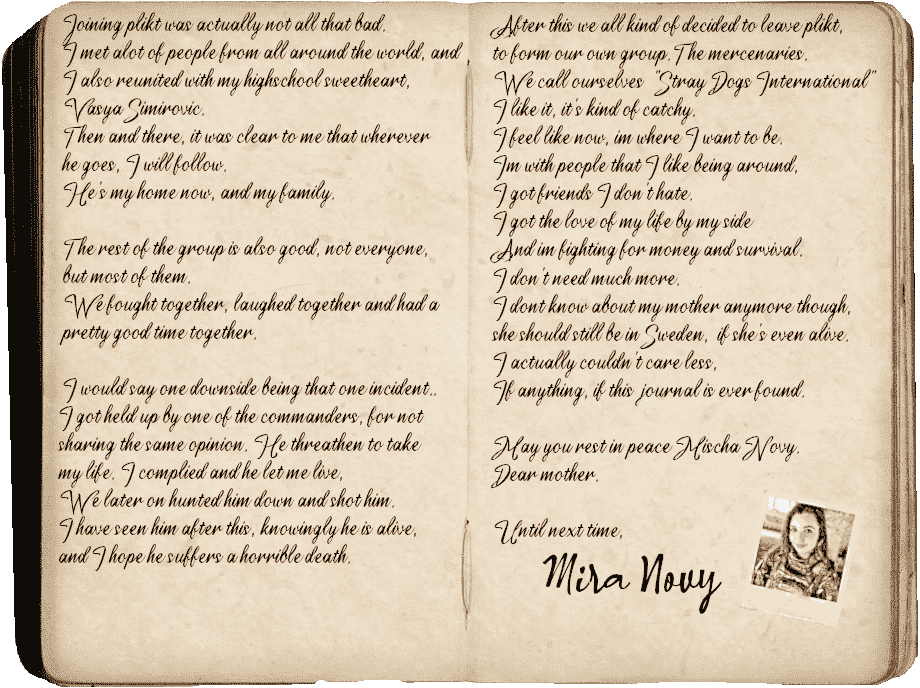 So, i’ll just write down a little bit about myself..
A cold winter night in the beginning of December, a little girl named Mira was born.

“You’re a happy little accident”
My mother used to say.
My parents had decided not to have any children, mainly because my father was fighting in the Russian armed forces and was deployed for long periods of time, meaning he wouldn’t be able to help around the household if they had a child, also because we were poor and my mother never had a good enough education to get a well paid job.
So when my mother found out she was pregnant, my parents didn’t have much of a choice then to keep the baby since the finances didn’t cover up to get an abortion. Lucky me I guess..

With all the financial issues and my father being deployed , I grew up to be a very independent and stubborn little girl.
I was good in school but kept to myself.
Not because I was bullied and not because I had issues talking to people, I just couldn’t bother to make friends, to me it was considered a waste of her time, I still do to some degree. I had very strong opinions, which was not always appreciated by my classmates which then naturally led them to not bother me unless necessary, which was fine by me.

Growing up, I always looked up to my father as a role model.
Whenever he came home from deployment I was ecstatic, eyes sparkling and couldn’t wait to sit down with him to see some souvenirs and pictures from his deployment.
I admired his hard work in the army from a young age and was greatly inspired to enlist as well whenever I was old enough.

I was 9 years old when our family of two got the news that my father had passed away during combat. Being shot multiple times and had fought for his life on the hospital bed before finally passing away with severe injuries.
Shortly after my father’s passing, My mother remarried during a vacation to Sweden with a wealthy Swedish man. This forced me to completely leave all of my dreams of serving my motherland, since I was not old enough to live by myself.
We moved, unwillingly from my side at least, with my mother to Sweden and I had to learn a completely new language, and started a new school in Sweden with new classmates. Which made me despise my mother’s choices, I couldn’t for the life of me understand why she would do this to me.
However the man she married was wealthy, had a nice home and could provide for me and my mother. But this was not what I wanted and dreamt of, so I started to look for ways for me to return to Russia and join the army there, but to do so I'd have to get money for it and my mother and new husband refused to pay that for me.

When I turned 18 years old, I decided to join the Swedish army since I had the age to do so. Not really ideal for what I really wanted to do, but I figured I had to start somewhere.
I did well, and after trying out and after doing the services in the Swedish military, I actually decided to stay there and serve for Sweden a while, it was not all too bad, but I didn’t quite enjoy it as much. However it was better than not doing anything at all and I didn’t have to be around my mother and my stepfather. All I felt when seeing them was anger, I was angry that my mother took away my dreams, and gave up on our motherland so easily and so shortly after my father had passed away.

During my service in the Swedish military this outbreak hit and I got news of a new front in Norway, Nyheim, that needed help providing and protecting the people of Nyheim.
After some consideration I decided to take the job and got sent over there to help, joining the group of PLIKT in Nyheim, I felt closer to Russia than ever before. In that group I met a lot of other people from Russia and all over the world and it almost felt like home.
In this group I also reunited with the love of my life, my highschool sweetheart, Vasya Simirovic, and it was clear to me that wherever he goes, I will go. He's home and my family.

Unfortunately I didn’t really feel like the group PLIKT per say, was anything for me. I wanted to do more, and I wanted to do what was right for me and for my newly found friends, so following in their footsteps I found myself fighting for my friends down in South City, it was a long drawn firefight, and after this I went back with my group, celebrating our victory.
However, this was not liked by everyone else in PLIKT, resulting in me and a commander being in a discussion about it which later on led to him holding me up and threatening to take my life.
This was the last straw for me and I decided to leave with my friends and my boyfriend to form a new group, calling ourselves the “Stray Dogs International” and now working as a Mercenary, which I actually enjoy and it pays well.
We do what we think is right and what pays us well enough to survive in this new world in the outbreak.

So now, I will be together with my friends that I actually now almost consider my family, I will continue on going and fighting for everything that I consider important.
I don’t know about my mother anymore, I think she still lives in Sweden with that wealthy man, if they even have survived this outbreak. I don’t know whether she’s alive or not, and I actually couldn’t care less. If anything, and if this journal is ever found, may you rest in peace Mischa Novy. Dear mother.

Until next time,,
Mira Novy