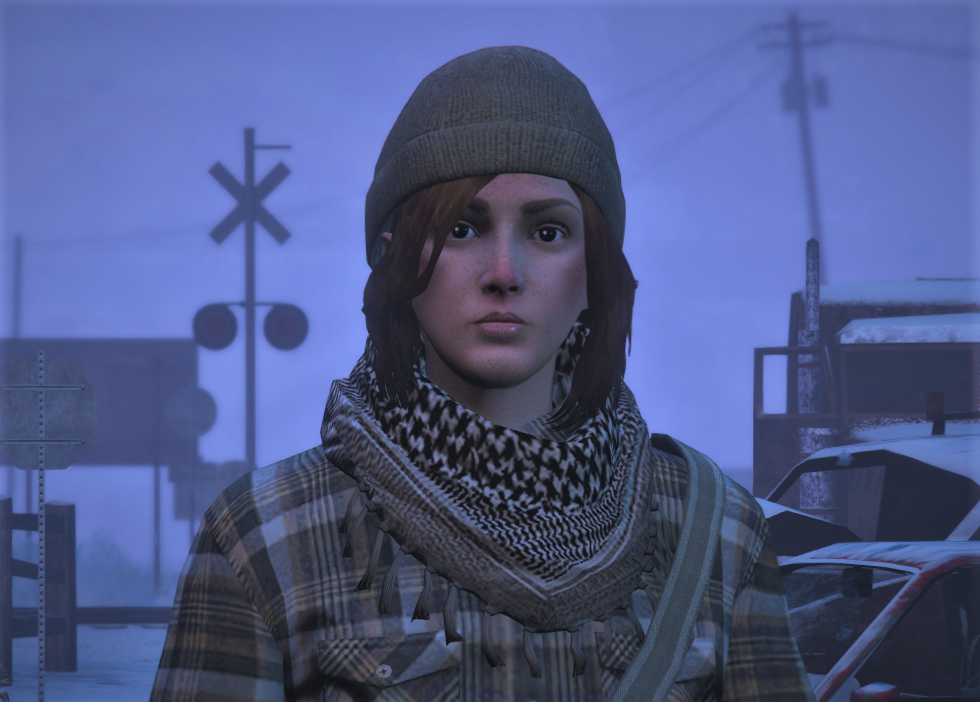 Nikki Miles grew up on a small airfield in Death Valley, California, learning to fly with her father. At the age of 18, she began to branch out into her commercial career, starting regionally but rapidly becoming an international First Officer with Norwegian Airlines amidst the pilot shortages of 2019.

By the time Nikki turned 27, the virus had mutated. Norwegian Airlines entered a contract with the Norwegian Institute of Public Health (NIPH) to assist in relief campaigns by converting passenger planes into flying hospitals, evacuating the worst of the patients to the best hospitals all around the world. While pilots were promised that patients would remain quarantined, in practice, they would often be expected by the overwhelmed doctors to assist medically in-transit.

On one particularly unlucky day, Nikki was scheduled to collect patients located in Shanghai and deliver them to Oslo for treatment. After departing with two souls on board from Los Angeles, they stuck to the flight plan, routing along the jetstream. Both Nikki and her captain succumbed to spontaneous, simultaneous, splitting migraines and fell unconscious unexpectedly during the flight. Despite the autopilot being active, it disengaged, and when she woke the airliner had entered a dive.

She had cheated death, but the airplane and the captain were equally done for. She was left wrecked into a glacial shelf somewhere in the Bering Sea, bordered on all sides by fires engulfing other planes that had done the same.

In shock, began wrapping herself in layers to venture out for help. She dragged a makeshift sled with an assortment of medical supplies to the closest wreckage, desperate to find survivors. The cold had taken most, but those who hung onto consciousness could not be saved by what little she possessed on her sled. She stayed alongside those in their final moments until they passed away. Nikki then headed towards the only solid land she could spot from out on the ice shelf.

She was greeted by a group of men when she reached the coastline, all in brightly-colored coats. They converged on her immediately and began to investigate. They appeared to be a part of a larger research team, none of whom spoke English save for one -- barely. She joined the group who watched her carefully as she walked. It seemed they were looking for signs of infection, but she displayed none.

The researchers ushered her into a nearby building as an unusual storm began to approach. The migraines came and all were knocked unconscious. Waking up again, Nikki asked incessantly what had happened. The Russians wouldn't explain -- “Yeh-Vi-Air” was all they told her. Once she settled in and shedded her outside layers, her winged pin was revealed: the mark of a pilot. The english-speaker turned to her and expressed that they needed her help.

The expeditioners needed a new pilot. Their own had died under mysterious circumstances, ones they struggled to explain. Nikki had no better option than to agree, and began routing flight plans with the team to cross Siberia. Weeks passed throughout the journey, and the proximity forced them all to bond. Nikki began to pick up common phrases, and remained inquisitive… perhaps to a fault.

Upon shutdown at Murmansk, the English speaker she now knew as Georg held Nikki at gunpoint, demanding she exit the aircraft. As they all stepped down into the snow from the AN-2, Georg became distracted by an objection from his colleague. During this moment of hesitation, another scientist tackled the gunman, and gestured for Nikki to run. She took off into the city, fleeing as far as she could.

From there, she relied on luck as she ventured from small town to icy tundra, making it all the way to Nyheim and the foot of PLIKT HQ.