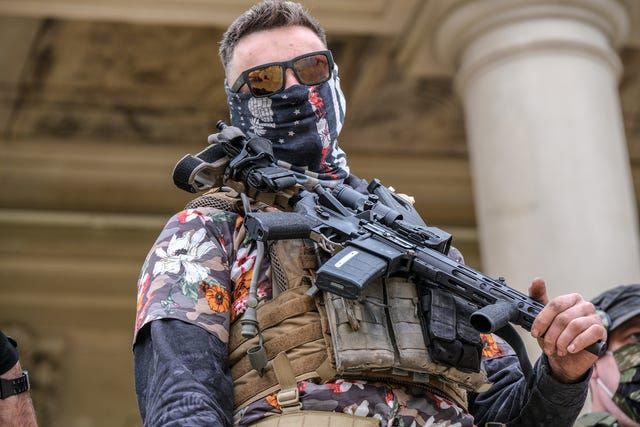 Lochlainn Walker born and raised in the USA is a pay for higher mercenary trying to survive on his own with what ever form of work comes his way. prior to his current way for life he trained to become a solder sadly Lochlainn had a bad injury during basic training and was forced to drop out. He struggled for a few years trying to find work in these hard times. he only cared about two things the guns and one hell of an adrenalin rush. he was depressed when he denied to reenlist due to the new medicine that was required by law. Lochlainn doesn't understand all the since talk but he just trust his gut it has never steered him wrong. while lochlainn was on brake he decide to spend it in the range. lochlainn tends to go all out and will just gun down the target but a bullet never misses. while lochlainn was in his own world a strange man stopped at the gun store lochlainn was working at and watched lochlainns self thought skills with the some he gained with the little bit of basic training. he gave him a business card that said P.M.C. the man explained that he was watching him. and said give me a ring if you want more exciting work. as lochlainn immediately called that night and signed his soul away. the year is 2021 august the 8th Lochlainn was sent to europe to aid the UN in any shape or form, he started out in Finland to aid with its violent protesters then slowly made it to Sweden but during one protest things where violent protester were throwing bricks and Lochlainn was hit in the head and was knocked out after several ours he awoke in an ally way. his mind was hazed and his reality was shifting lochlainn could not remember anything he was lost in a world he did not know. as time passes and lochlainn continues his journey he gains bits of memory he remembers he's an American at one night and makes it his goal to get back to the states. on his adventure to get back to the states he finds himself in Norway and in this little city called Nyheim.