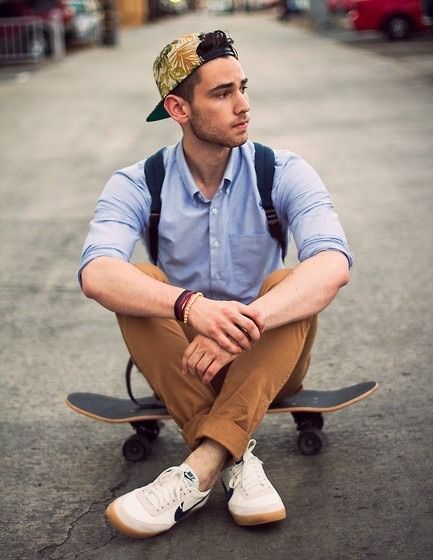 Owen Russell had a pretty uninteresting upbringing. He was born into a middle-class family in Sacramento, California.
Owen wasn't exactly the most law-abiding citizen growing up. He had fallen in with the wrong crowd at a young age at school; although not taking part in major criminal activity, he would often skip school to smoke weed and hang out around the local skate park with his friends. Much to his parents' frustration, this didn't affect his academic work, excelling in all subjects where he bothered to turn up to the exams.
Owen was offered a place in college, but he turned it down. He's easy going enough that a high-school education is enough for him, and as long as he gets a job that earns money, he felt no need to pursue it any further.
Instead, he and his friends organized a backpacking trip around Europe, on their list of places to visit was Nyheim, blissfully unaware of the distaster that would unfold.