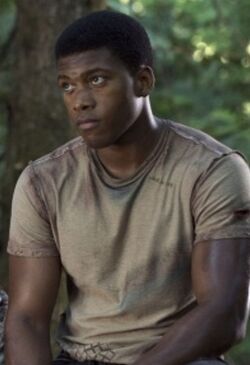 Chis was a British police officer who was the victim of a knife attack which left him with a scar to his right cheek. Due to his injury he took leave and left the country to get respite. He went to a place named Nyheim to recover. When he got there he was greeted by many people and was quickly treated as one of theirs. He quickly fell in love with the environment and stayed for a while. He is brave, selfless but can be violent and unstable at times. He found himself stuck in the country before he could leave.