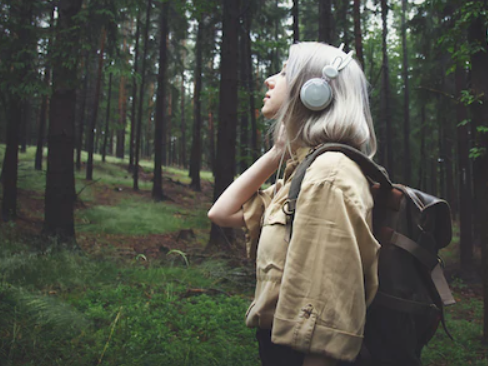 Layla Larue was born in the tourist trap know as Orlando, Florida. She was raised by her loving parents David and Katherine Larue along with her older sister Brandy Larue. Her parents owned a small, upscale Inn a few miles away from Disney called the 'Lavish Llama. The inn had lots of returning guest that treated Layla like their own family. Since most the families staying at the Inn were there on vacation to see Disney, Layla ended up being around a lot of kids from other countries. One of her best friends that she had made when she was younger and kept in contact with was from Russia. This friends name was Anya Petrov who thankfully spoke pretty good English.

Layla was a very energetic kid. So much so that her parents decided it was a good idea to send her off to one of the camps that Disney offered when she turned 13. Put that energy to good use and learn a skill. Her parents gave her a few different choices of camps to pick from. She chose a photography camp. Where the brochure insisted that she would learn to take awesome pictures and develop them herself. Layla realized her love for photography at this camp...and was obsessed with it ever since. When Anya and her family came to stay at the Inn....like they did every year. Anya made Layla promise to send her lots of pics. Which Layla did. Laylas obsession for photography carried on into high school and later even college.

Layla was going for a Bachelor of Arts in Photography...along with a few other things. She had been taking classes for a year and a half when her parents died in a car accident. Leaving her sister Brandy and herself to run the family Inn. At this point Layla couldn't handle both her classes and the Inn so she ended up dropping out of college. Brandy and Layla were always arguing about how things should be ran at the inn. The sisters both had their own view and couldn't settle. Layla hadn't really been around to help much at the Inn before her parents had passed away.. so she really didn't know what she was doing and her sister was always reminding her of that. With the death of her parents, her dropping out of college and trying to help run the Inn...Layla had stopped sending photos to her bestie Anya. Which her bestie noticed. Anya's family hadn't visited the Inn since both girls were teenagers. So when Anya suddenly showed up at the Inn to visit her. Layla broke down into tears of happiness, sadness and every other emotion all at once.

Sometime during Anya's visit at the "Lavish Llama" Layla's sister Brandy and Anya both...convinced her that she should take a few months off for vacation. Anya eventually left a couple weeks later to prepare for Layla to visit her in Chernarus.  All Layla knew was that she was going to a small place called Novy Sobaor After grabbing a few bags and a lot of cash that she saved up, she gave her sister a big hug.... and she left.. on her very first vacation. This vacation turned into a tradition that she did every few years until finally one day she decided to just stay.


It turns out Anya's family owned a bunch of cabins on a large amount of land that was used for hunting bears called "Beer, Bears and Beards". Layla didn't really agree at first.. since bears are cute, but after a bit of explaining from Anya about.. "controlling the bear population" she decided it was doing more help then harm. Plus Layla might have had a small crush on the new tracker that Anya's father had hired. The crush turned into something a little more and things were nice for awhile.

......Until the sickness that they had seen mentioned on TV... arrived in Novy Sobor. It was only a few at first, here and there. Within a few months things got real bad, real fast. Anya's father had "Layla's Crush" who happen to also live a few doors down from Anya's lil house... take them both to the Hunting cabins. Hoping that the "Beer, Bears and Beards" Would be a safe place for Anya and Layla to stay while Anya's father tried to convince his wife to leave the house behind. In the end Anya's parents were stuck in the house because of the quarantine and never were able to follow.

The trio never did make it to the hunting cabins. They ran out of gas on the way and ended up on foot. Of course no one would stop to help... fearing they might be infected. They walked for awhile till they ran across another group.. that had the sickness. As Layla, Anya and Layla's crush were rushed by a group of infected.. Layla's crush started shooting. Turns out the crush had good aim. He pretty much shot each one in the head... only problem was... the crush also shot Anya in the head too.... guess he wasn't as good as he thought. As Layla and who... use to be her crush.. realized what happen. It was too late to save poor Anya. Layla was taken over by emotion.. motionless and staring at her besties for a few moments. Zoning everything around herself out. Not noticing that the few shots that the ex-crush had fired had also attracted more infected. So as the Ex-crush was shooting.. Layla took a deep breath... and just ran... away.

Tears in her eyes, not ready to handle or think rationally about anything. She ran for... even she didn't know how long. Layla eventually stopped at an old abandoned farm house. Where she ended up staying for a while. She wasn't too sure where the house was...but figured the ex-crush would catch up eventually. Schooling her thoughts the best she could and trying to not dive into the hopeless despair she had felt in her heart from the loss of her friend by the accidental shot of her... ex-crush. She waited. The ex-crush never caught up. She wasn't sure what would happen at this point. She learned to farm out of necessity and would hide whenever she thought she spotted an infected... be they infected.. or not. She was a nervous wreck.

After a awhile the world seemed to get worse. Layla gave up on things ever going back to normal.  Layla finally saved enough money to travel to Nyheim.....which was supposed to be a safe haven.  Thats what the rumors said anyways.  So off she went... on another adventure.