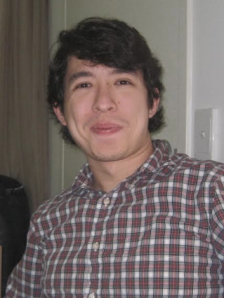 Vegassi was born in the town of Brisbane to a pair of junkies, which made his early upbringing difficult, being forced to beg for money so his parents could get their next fix.  At the age of 15 Vegassi's parents had decided he was no longer of use as he wasn’t bringing in enough money for them which ended up with Vegassi being ditched on the side of a road in the middle of nowhere forced to fend for himself.

Because of this abandonment he’d learnt quick that being kind and trusting of people was a bad idea, putting his experience of begging to use he’d manage to scrounge up enough money to keep himself barely fed, resorting to stealing to keep himself clothed Vegassi would travel from town to town for a few months begging, breaking into places and getting into fights.

After a year of Vegassi doing anything he could to keep himself afloat he took the first chance he could to escape into a legitimate life, signing up with doctors without borders as a relief aid.   Vegassi enjoyed finally having a legitimate job deciding to stay permanently instead of taking his first chance to leave like he’d initially planned, seeing Alexi, the leader of his group as a sort of father figure. After months of working along side him, he’d travel from place to place with him learning everything Alexi was willing to teach him.

Serving with Alexi for the duration of his time within doctors without borders and seeing the worst the world had to offer really twisted Vegassi’s outlook on the world. Once Vegassi had returned home disgruntled with the state of the world Vegassi left,  joining up with PLIKT as a doctor putting his learnt medical experience to good use.