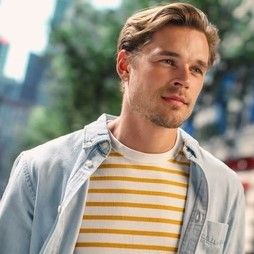 He grew up in Amsterdam, he had a good life but became apathetic to the world around him as he became older and learned about the unfriendly nature of the world and the upcoming climate crisis which could not be prevented due to the neglect of generations gone by.
Education:
He went to a public Elementary School, and after he received the teacher's confidence in his last year of elementary school to go do VWO (preparatory scientific education) he was able to enter a VWO Middle/Highschool. In Highschool he went down the path of Economics and Society. After choosing a more humanities and social studies focused path he continued his academic career by studying at Amsterdam University. Where he studied Geopolitics, History, and International relations. He was always an areligious man but lost complete faith in anything when the virus hit leaving only a man apathetic to the people and world around him.
Time During the Virus:
Right about when he finished his study the world took a turn for the worse, his natural passive attitude towards his peers and the world turned for the worse and turned into straight-up apathy and faithlessness towards his own generation as well as killing any slither of faith he may have had. Unrest in Amsterdam was rising and people were protesting quarantine, but then when you thought it couldn't get any worse the virus mutated. He had to get out of Amsterdam and the country in general if he wanted a shot at survival. So he decided to leave the crowded and comparatively hotter Amsterdam go to the less populated Nyheim in hopes to evade the virus as much as possible. He used the free travel between countries in the Schengen area to go to Nyheim and link up with one of the few friends, whom he met years prior via the internet.