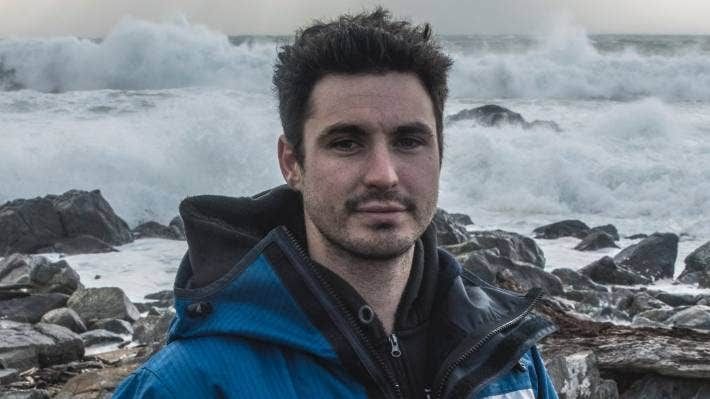 Louis Boudreaux was born in New Orleans, Louisiana in the United States. He and his brothers grew up from a family of fishermen. After their father passed away, they took over and ran a very successful crawfishing business. Louis spent most of his time working to support the family and attending self defense courses in the state. Having spent most of his time in Louisiana he dreamed of exploring the world. Louis and his brothers Gloaf and Maruicie, set out to see all the sea and sea life the world had to offer. They made many stops around Europe and Africa. Unfortunately they happen to be visiting the Northern Coast of Norway when they came into port at Nyhiem. The place seemed like wonderful stop, but their timing couldn't have been worse 2 days after arriving they were placed in lockdown due to a new unknown virus. being foreigners they were locked in their hotel for most of the quarantine. Louis and his brothers soon found themselves in a situation that became more and more desperate. Once the mist came and the news went dark. They finally made a plan to get back to their boat. Due to them having made port in Nyhiem, there was no shortage of obstacles in their way. Luckily they had made it to their boat by the skin of their teeth. They didnt even make in past Thor's Hammer before the coastal military guard began opening fire on their vessel. This caused their ship to be destroyed and all of the brothers washed up on the shore. Now they were stuck in Nyhiem and now they had to do anything to survive.