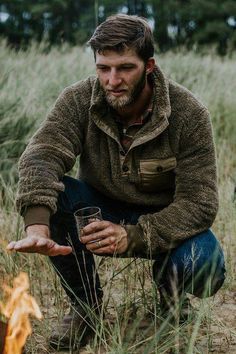 Mariner by trade, spent hes years sailing on ships as a Mate shipping food and supplies to hes birth town before the collapse. When hes ship was ship wrecked after sabotage and looting during the collapse he joined the militia to help guard the walls surrounding what remained of the survivors in the South western region of Norway. keeping looters and bandits away with the occasional hunting and supply runs. The Community eventually fell from internal striff within landing many of those he once knew dead or on the side of those he deemed to be wrongfull.

Ever since then wandering the fjords, hills and mountains on hes own avoiding contact, if he can help it. Not always can one avoid those who have managed to survive these events, either those who are in need or those who are in want. Along the way for some strange reason two ravens decided to follow and stalk hes path northwards gaining what ever extra scraps that he may give. Always giving off sounds, flying towards what ever their sudden interests lie. wether it be something they need or a warning of whats ahead. So far it has always paid off mutually both small and large. For whatever reason he and hes two companions now named Hugin and Munin from the tales of old, have lead eachother to the undiscovered land of Nyheim, time will only tell

But one thing he knows for certain.

Everyone has an agenda