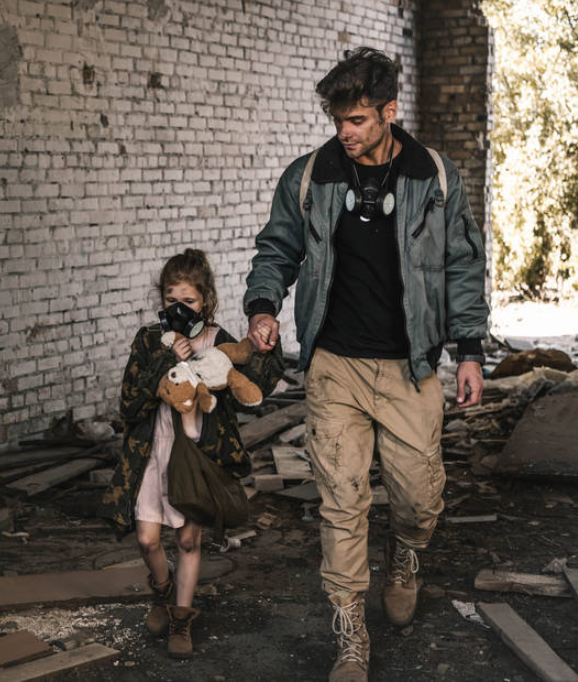 Sami and his step-sister Amanda were both in shock after hearing their adoptive parents died in a car crash on a Friday evening on their way home. After the incident, Sami was left to care for his step sister, a young girl who never let go of her teddy bear. Sami quickly realized he is not ready to undertake the task of the upbringing of a young child, especially with his on-going nursing degree. After searching far and wide he managed to get into contact with Amanda's biological parents, who lived in Norway, in the city of Nyheim and had had a change of heart regarding giving up their only child for adoption, and offered to take Amanda into their care, and even Sami until he gets up on his feet. After arriving they were met with two loving, new parents, all parties had an adjustment phase which needed to be acknowledged. Two years passed and Sami graduated with his nursing degree and Amanda grew a few inches taller. It was around this time the family first heard of a disease being spread across the land. Over the next months the family was very compliant with following restrictions and staying indoors and getting tested regularly for the so called virus. After a while, the family heard a faint, strange knock on their door and all assumed it was the door to door grocery delivery. Maria, the mother, opens the door expecting to see a member of PLIKT but was instead met by the door being slammed into her body and falling to the floor. A wild, savage-like man stood in the doorstep and instantly attacked Maria and her husband, who tried to come to Maria's aid. The two managed to shove the savage outside the door and made him fall down a set of stairs, all the while both Sami and Amanda ran downstairs. They stood speechless as they were watching their parents, once again, disappearing from their lives.

"Lock the door!-... Stay in--s-inside!-.." Their mother frantically screams all while desperately ghasping for air and putting pressure on the wound on her neck, and finally, closing the door with both herself and her husband on the other side.

Sami and Amanda both stand terrified. Sami finally gathers the courage and locks the door.

One month later the two wake up a morning where everything seemed normal. While eating breakfast a PLIKT operator arrives to their house in order to test them both for the virus. Both turn out negative, but Amanda lets out a cough and wheezes for air and all a sudden vomits right in front of the operator. Sami looks at Amanda in fear and turns to the PLIKT operator;

"I-I think- She just ate something bad, I guarantee you. She's fine, look at her she's fine!"

"I don't think so." The operator says. "Please stay here while I go talk to my superiors."

After a few moments, a lady with a hazmat suit walks into their home.

"Hey Amanda, how are you feeling? I'm gonna need you to come with me we're gonna take you to a hospital and get you checked out okay?"

Sami could do nothing but stare as they took his sister away. He could only hope to see her again soon. Many months go by, no word or anything from PLIKT regarding Amanda. Sami decides to set out on his own and look for Amanda, even if it kills him. He will find her again.