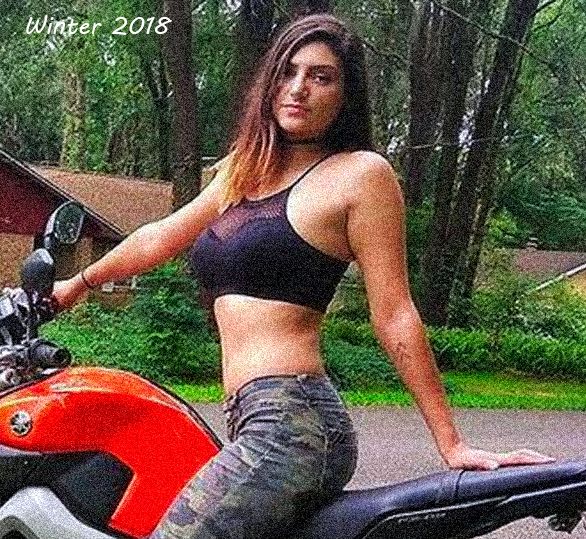 Jolene was born Jake Markie Baker. She was born to two well off parents, as well off as you can be in the bad side of town. Her family wasn't falling apart like most, until she came out to her parents. Her parents disowned her, society rejected her, the school system failed her. After a brief stint in the National Guard she nearly gave up, until she joined up with the Templars MC.

She was a rebel with a cause.  They took her under their wing and taught her the streets and how to make it. She rode as well as any man whether or not she was cis. And if anyone tried to mess with her in a bar, they'd be on the floor in 30 seconds. She made sure the bikers were in good repair and specialized to the needs of the club.

When the club was going international, she went with the boys to Nyheim. Though during the initial outbreak she ended up separated and hung around the southern parts of Norway. There she roamed alone until the rest of the club ended up south for awhile. After swapping stories and hanging around shanty bars, she returned to Nyhiem with the rest of the club.

Despite her setbacks in her early life, when she reached adulthood, she was truly a woman. She didn't need anyone other than her adopted family in the Templars. Now she roams where they roam, as a woman with a goal to protect and care for her family.  Or maybe die a horrible death in the streets of Nyheim, or maybe just nothing, who knows. Time will only tell.