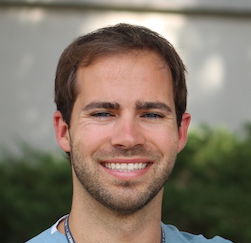 It is my pleasure to introduce myself as Brooke Johnson. As 20-year-olds, my brother Rick and I joined the military together. During those two years, we served in the army.

Military advisers told us to hold our ground but when it was too late, we left when our parents were up north. Their orders were that we should go down south but we knew it was too late so we left when we started getting overrun. Once again, we headed north, leaving our hometown too late because when we saw it, it had already been blown up.

Initially, we thought the incident only took place in Sweden so we headed out with a boat, but as soon as we got to the ocean, the waves were getting larger and larger until the boat overturned. I awoke to nothing but trees and water. I told myself I needed to find a shelter to stay in at night. After walking several miles I found a small village. I entered the house and immediately started blocking windows, doors, and reinforcing walls to keep myself safe, but only then did I realize my brother Rick was not here. I then started searching for him.