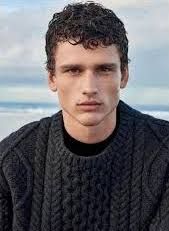 Ivan Belic was born in 1995 and was too young during the years of the Chernarussian Civil War to understand what was going on. After completing school, Ivan continued to work in the family business, which was owning a small tavern and bar in the Berezino, Chernarus.

Throughout the years, Ivan mainly focused on running the family bar and helping out his community rather than being directly involved in any of the fighting that was still going on between the CDF and Russian forces. At times the Belic’s had to bribe CDF and Russian officials to remain safe. Ivan was unsure of where his father was getting the money from the continue his operations. Ivan began to investigate the matter until the infection began to spread heavily.

After the gas was sent through Chernogorsk, Ivan knew he had to get out of the country. He took what money he had saved up and went to the Russian official his father regularly met with. He paid him in all cash to get him out the country with his most trusted employee, Woody. The Russian official accepted and put them on a helicopter that night.

Ivan ended up in a small camp with other refugees outside of Nyheim. In early December Nyheim officially accepted his refugee status and allowed him into the city. Unfortunately the world was still declining all around him.