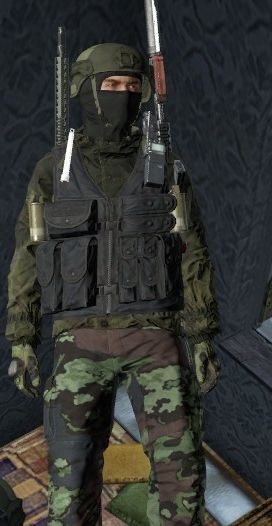 A boat lands on the shores of Nyheim..a man with rugged clothing climbs over to shore from the boat looking around confused..''how in the hell i get here..'' Sergei Petrov a 32 year old man confused and lost in the shores of Nyheim his first objective is to find clothing and maybe some guns and ammuniton since he does know about the outbreak that is why he got into the boat in the first place. as he stumbels across the shore trying to find something to drink or even eat and at the same time trying to navigate this new land hes never been in before..he feels utterly lost,''is there any life here,any fellow survivors or is this the land of the dead..only time will tell he tells himself..sergei dosent know much about these lands hence why he is confused,a memory start to come to his mind how he got into the boat but the question still remains: ''why here is there something that i dont know about this place'' he asks himself again..it dosent seem that different from st.petersburg where he was born and raised in..as the otubreak came about he remembers his family was taken and eaten infront of him in that same town.he had to run from hunders if not even thoushands of the dead,getting to a boat was the only option since the dead back then and to this day dont know how to swin so he took that as an advantage for his escape,it has been a long journey to get here but the journey has only jsut begun now he must find supplies and maybe find a place to call home..Sergei was in the military,he had seen some evil things done by another man during the outbreak..those hazel eyes are allmost too hard to see because his eyelids are down most of the time..tired eyes from many incidents that left him speechless..he is truly even lucky to be alive..Sergei was born in st.petersburg midsummer 1990 he had no one else but his father and mother..just an ordinary kid trying to get by in the town where his family raised him,Sergei did bad in school and his family made sure he went into the army aswell..he had a long career in the military until everything went to shit with the outbreak..now he is just trying to survive in Nyheim and maybe join forces with some other surivours.