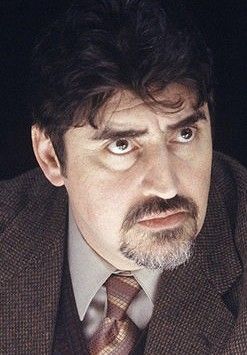 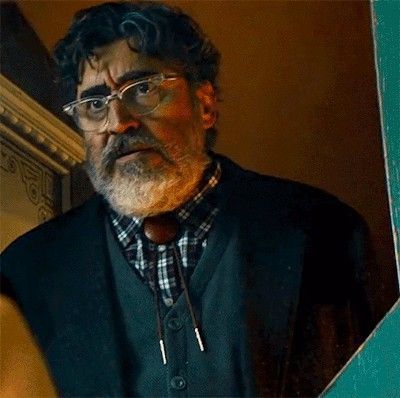 Born in Aberdeen, Warren was born to a fisherman and a social worker. He lived a fairly normal life and was brought up in a quiet town by the sea. Nothing exceptional occured in his young life, other than the the decision to become a psychiatrist in universtity. He chose not to follow in his fathers footsteps though the demands to change his ideal career was often the converstation of many dinners.

Warran applied his skills and helped as many people as he could. As the years passed, the stress of work got to him. Many nights were sleepless, anxiety flooded the mind. It got to the point we he felt himself becoming the patient of his own practice. From one day to the next, paranoia crept into his waking life and the weight of something unknown to him began crawling onto his shoulders. He could barely turn on the news every evening as the headlines began to scare him, even if they were the most simplest of things. He islolated himself from his friends and family. The locks on his door increase by number and his floor became tattered with his constant pacing. Soon after, he stopped going into work itself.

The faitful tale of the first wave of AVM-FLA-19 reaching the Scotland was broadcasted across the country, however Warran was unaware. The situation grew worse for Scotland and Warran did not have a clue. He first learnt of the infection when information about it was sent to his door by his local council but was too much incased in his own mind to notice that a lockdown was being put in place.

One day, he decided to unlock his front door and wonder outside. Something overwhelming felt it was the right thing to do that morning. When he left his house, he saw nobody. No noise. Nothing was around him to be concerned about. Finally, he said to himself, there was nothing to be scared about, though he didn't know why the thought even came to his head.

Warran had missed so much. Life has passed him by and so he decided to leave where he lived. He packed his suitcase and headed for the nearest port. He reached a port but nobody was around. The ticket office was boarded up with wood. On the wood was scratchings saying "We are no longer safe. Take a boat. Find somewhere". Warran looked around and saw that many business at the port where boarded up. Many posters about the lockdown and the severity of the virus were scattered about the streets. Warran decided that the advice that the wood carvings had given him were probably the best thing to follow. He found a small fishing boat and decided to get on board. He set sail in what he thought was the direction to the south but slowly, the waves manipulated him to the north.