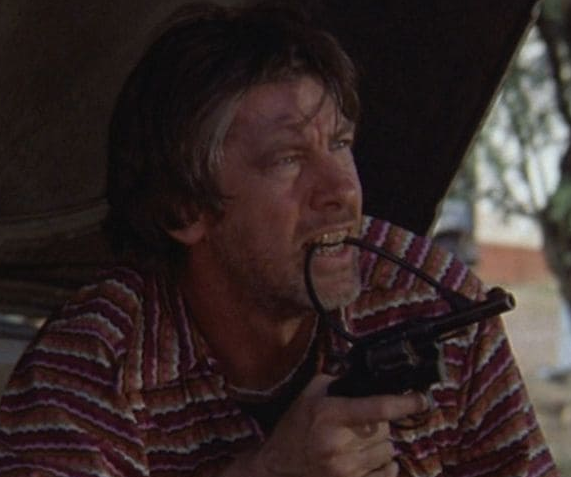 Born in to a single mother in the small town Nitro, West Virginia, Daniel was born into a cruel system of strife and perceived unfairness. His father had died earlier, in a mining accident, a affect that brought Daniels mother into a shell of herself. But his would affect Daniel by making him have a hate for authority, the thing he contributed to his fathers death. Once his years of hard youth where up, and around the time of his teenage years, he and his mother moved to the capital, Charleston. While he was able to find what he needed to survive by stealing from local farms as a kid, it got a lot harder once he moved into the City. From which, he learned an important strength. He was a great speaker. And more importantly, he had great work as a Conman.


A Chance
But it couldn't last long. Soon Daniel was recognized as a con, and once he was 17, he got arrested for fraud and other charges. And he was faced with a choice of the common trope. Join a branch of the military, or face time in Jail. And he took his chance with the Military. He enlisted in the army, and served four years as a paratrooper. Daniel got something else out this military than that Judge had hoped. He would learn more ways to get away all sorts of petty offenses, but most importantly, when he was overseas, he would find locally made trinkets, and up sale it to fellow servicemen with his natural charisma.

Always a Dreg
This wasn't the life for him, and after doing his contracted 4 years, he got out. But he felt a sense of adventure, and with a little heavier pockets from his cons, he decided he would spend the time traveling Europe. In which he continued his cons even more, traveling with the big cities of the European Union. From getting free taxi rides, or getting a free meal, to even getting an investment from a drunk business man, Daniel got along in his life. He had a sense of superiority when it came to the life of crime, as he made a personal value with himself. Do not lie. And he never did, but that made his cons way harder, so he sold half truths, or just prayed on those who couldn't think well for themselves. This life lead him up north, to the Nordic country of Norway. In which he was lucky to live through the Start of the AVM outbreak. Then he upped the severity of his ways to feed himself. He would rob people for the most minor of inconveniences they caused, but if he saw any sort of Authority, he would be sure to pull a heist on any storehouses they kept.

Hiding from The Obvious

Soon he met with a man named Adrian, and his Dog. Initially, he had plan to play them into a Con. Get them to feed him so food for the day, then he would try and pocket something valuable when they wouldn't be looking. But when he talked to them, he came to a realization of himself. Going in this world alone would get himself killed. So he befriended them, mostly by using his charm to let them in on the 'game'. But he could to tell that something was wrong, deeply disturbing, about the two, and felt that being their bridge to the rest of humanity would keep him alive. And such, he would pull a trick on some unlucky soul, take what he wanted, and them he would let the Dog take him to Adrian. From there, he never went to check on the man, and let life continue. A cycle that would repeat until they reached Nyhiem.