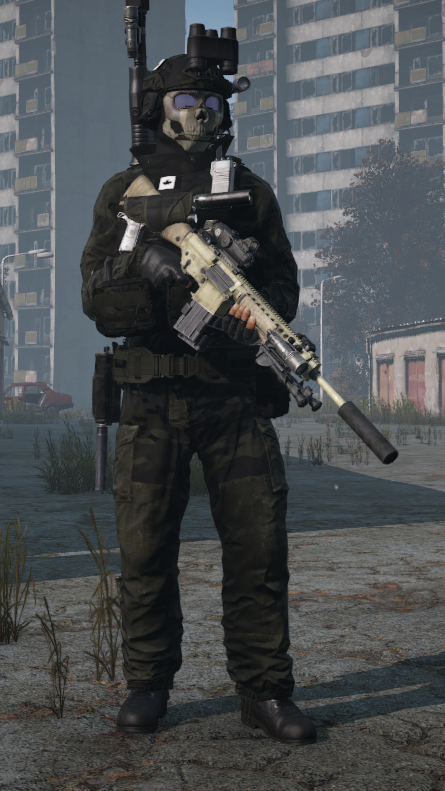 Born and raised in the mist and dog of ocean-side city of St. John's, Newfoundland, most of Mr. Clarke's youth and past is shrouded in mystery. A few petty arrests, a DUI and a year - long stint on a commercial Crab fishing vessel is the extent of his public record before joining the Canadian Armed Forces in the wake of the Syrian Civil War and other conflicts in 2014. Not much is known about his deployments until joining JTF2 in 2017 as a Designated Marksman. After completing training in Newfoundland, Clarke was deployed in numerous locations before the Outbreak, however his reasons behind his recent presence and activity in Nyheim are thought to be directly related to rumours of weaponisation of the virus by unknown forces. Keeps a low profile and uses military survival training and fishing/hunting experience to sustain himself. Reportedly infrequently seen in Nyheim, however current location remains unknown.

Since the outbreak, Clarke has become involved in small scale conflicts with fellow JTF2 operative known as The Ghost, overseeing the elimination of infected individuals as well as being involved in hostile engagements with local looters and bandits with conflicting interests. His primary motives are unclear however he is thought to be a local asset for western forces, such as NATO. Extreme caution is advised when approaching this individual.