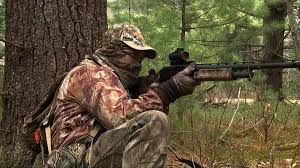 I grew up in some of worst streets and neighborhoods in Italy. The province of Sicily is no place for a kid when it comes to growing up. My family was poor much like everyone else around us. That didn't stop my parents from loving me and my brother and sister though. They gave us all we could ask for and never let a smile leave our face when we were with them. This didn't solve all of our issues, love can only go so far in this world. Around the time I was 8 my father made a couple bad dealings, and I had to witness what horrid things this world had to offer. The people he owed debt to beat him to an inch of his life with me watching. It was a blessing the mafia has morals when it comes to women though. They didn't let my mom and sister see, but they thought it would be a good lesson for me to see. A way to see how responsibility is extremely important in life and that sometimes life isn't black and white. I didn't hate those men for beating my dad, they could've killed him if they wanted to. Instead I began to look up to those men. They didn't take any shit from anyone and they made themselves known. My dad made a full recovery and soon paid off his debts. A few years later when I was around 14 or 15 I followed one of the men I recognized from that day back to where he lived. I knocked on his door and asked him to teach me some things about life I need to know. He taught me about family and how important those people are. He also told me that no matter how well you know the person if you let them do as they please to you, you'll only get walked on. He gave me my first task after I left, beat the lights out of whoever was causing me pain in my life. I wasn't allowed to come back to him till I had a picture of the kids battered face. So the next day at school I waited for a kid named Antonio, a kid who had bullied and picked on me my whole life for being poor. I beat him till he could only cough blood and every breath he took felt like a bullet going into him. I took the picture of him back to my new boss and showed it to him. He patted me on the back and said "welcome to your new job kid, or should I say welcome to the family". His name was Rocco, he couldn't be more than 37 and boy was he huge. He introduced me to a few of his business partners who all loved me off the start. For the next couple years I would go around running errands and going along with Rocco on some business trips. After I killed someone with him for the first time the Don felt it would be appropriate to make a made man, the highest honor you can have in the Mafia. The most recent trip me and Rocco left me in this god forsaken place called Nyheim. We arrived before the outbreak had started looking for a man named Vladimir, a man we were going to start getting shipments of weapons from. We never found him and when the outbreak hit Rocco got infected. It took a lot to put him down, but it was a blessing in disguise since now I don't find it hard to take a life.