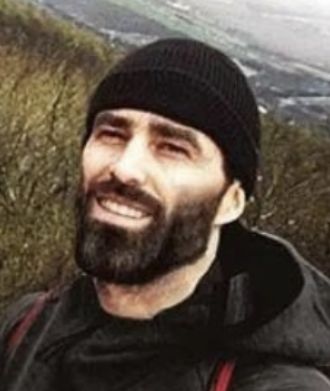 Tom Warson was born on the east coast of the United States of America, raised within a relatively average working class family as an only child. Tom got a standard education and decided to join the military once he reached eighteen and received his high school diploma. He served for two tours and received his honorable discharge and returned happily to civilian status. Shortly after coming home from serving, Tom found work in the international cargo shipping business, living peacefully and enjoying his simpler civilian lifestyle.

Specifically during early to mid 2019, Tom's life really took a drastic turn, the infection building up. At first, Tom was oblivious to the first wave of the infection - mostly keeping his mind occupied with other thoughts, as he believed himself at a low risk to being exposed. Of course, Tom was aware, he just didn't really care, the man was doing his job, still travelling along standard shipping routes around the globe, but at quite a rampant rate, the infection started to cause a chain reaction, eventually affecting the man's work, which obviously wasn't a good thing.

During these hard times, Tom had to work harder and smarter, and with many limitations. For many months, Tom had to work under a variety of new conditions, and had to adapt to the many situations that made a presence to him. Fortunately, in late 2019, the infection began to clear up due to the vaccine being released. Many ports that were previously closed opened up, especially those in Chernarus.

Tom was getting back into old habits as the previous restrictions closed, and call it just bad fucking luck, Tom found himself in Chernarus, right before the third wave hit. Due to the speed of the government in attempting to stop the spread, Tom was unable to leave, risking possibly spreading this dangerous second wave. Tom found himself in the middle of chaos as time went on, trying to cling onto whatever fragment of normal life he hoped to return to.

Eventually, Tom started to understand that the world's infrastructure took a massive hit, so he adapted, just as he did in the past. He found himself in a foreign place, and kept to himself - trying to not catch anything, but also trying to find meaningful allies. The company was unable to assist him or his fellow colleagues, so he sadly had to take things into his own hands.

After an extended period of time within Chernarus, Tom decided to begin moving north, gradually making it to Nyheim, his next step along the road.