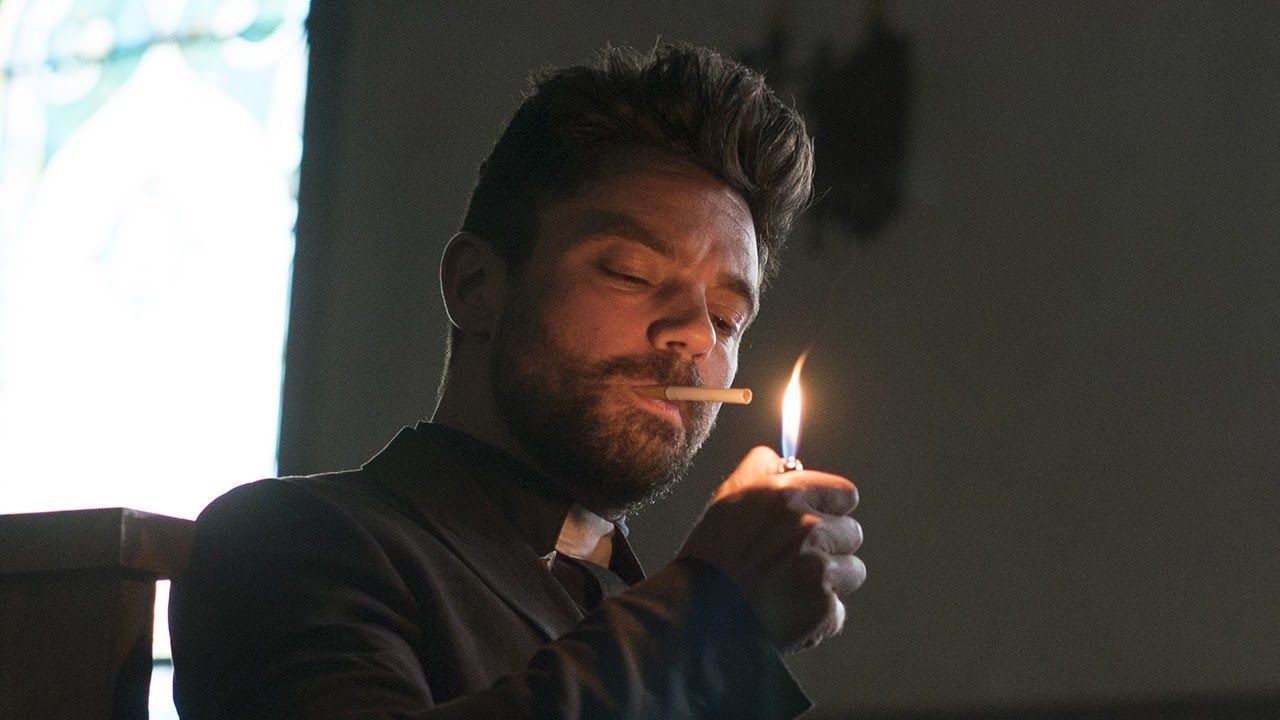 At one point, Jesse and Tulip did "jobs" together. Meanwhile, the two had a relationship. The two worked for a Mexican cartel in Miami transporting reptiles.

In 2010, Jesse and Tulip were on the run from the Rodriguez brothers. Once, the two ate at a diner outside Kansas City.

In 2014, during a bank robbery with Carlos, Jesse and Tulip were betrayed. While fooling and flirting on the job, Carlos was upset and jealous of the two. Carlos set a security guard free, who Jesse would ultimately kill. The shock of Carlos' betrayal caused Tulip to miscarry.

In the following months, Jesse got a job as a bartender. During which, Jesse and Tulip ding Odin. Jesse called the congregants all sinners, but it wasn't too late. Jesse told them he would bring each one of them back to God one by one. Jesse asked Odin if he would serve God, though Odin shut him down and walked off. Upset, Jesse used his divine commandment on Odin. When he asked for a final time, Odin told Jesse that he would serve God.

Jesse was asked by Emily what was up with Odin. Jesse explained his bet with Odin. Jesse and Tulip were then interrupted by a nearby table. Jesse was complimented for his sermon the previous Sunday as well as being asked which Gospel he preferred. Jesse joined the table, telling Emily he would discuss with her later.

Jesse continued giving others advice. Jesse was then interrupted by Tulip, who revealed to the crowd on their past. Jesse explained to Tulip that he changed and she could do. Jesse was then told by a waiter that someone was waiting outside. Jesse went outside and found Eugene. Jesse was asked for help on his situation which left Sheriff Root upset. Jesse agreed to help Eugene.[7]

After returning to Flavour Station and giving another couple advice, Jesse was interrupted by Fiore and DeBlanc. The two explained who they were and told them they need to put what was inside him back inside a tin can. Jesse laughed at the idea, believing he had God inside him. Jesse was told that what was inside him wasn't God.[7] Jesse asked what was inside of him but Fiore and DeBlanc refused to answer. Jesse used his powers to force DeBlanc. Jesse then learned that he had the product of an angel and demon inside him. DeBlanc and Fiore then left him as they dealt with Susan, a woman who was eavesdropping their conversation. When Jesse saw the two beat the woman down, Jesse came to her aid. Jesse, however, was strangled by Susan. DeBlanc came to his aid but he was strangled as well. The two were saved by Fiore, who shot Susan in the head. The three fled into Jesse's car as Fiore rea