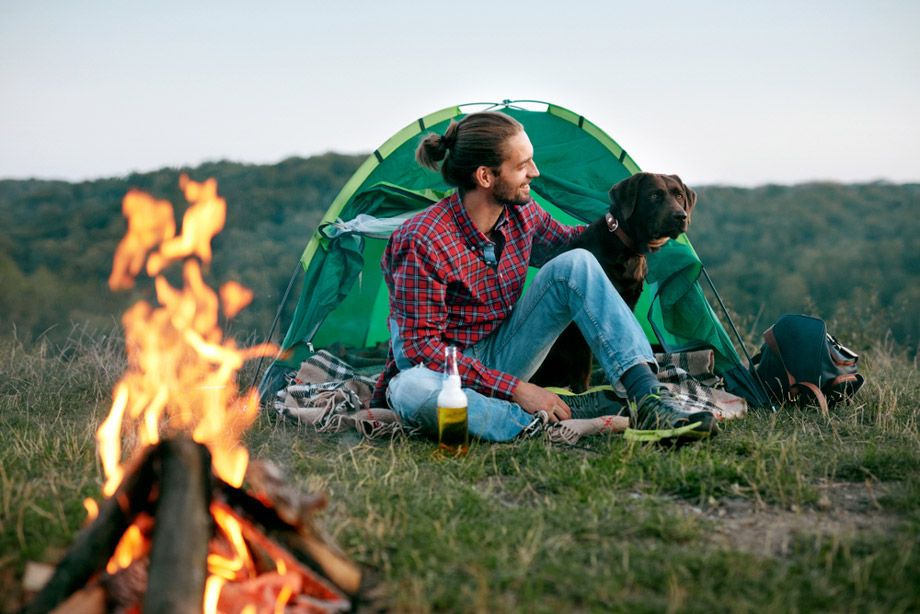 Jim Smokes grew up in a rural town in Louisiana. As a boy and teenager, he learned how to fish and hunt local game in order to put food on his families table. A lack of city life and socialization lead Jim to find discomfort in large groups as well as an inability to generally socialize well. Jim was very capable with basic hunting rifles and knew how to prepare food so that it was safe for consumption. On his parent's property, he also learned some in-depth car mechanics and was able to repair tractors, crop dusters, equipment, and of course, his dad's old Toyota Landcruiser. A car Jim really loved.

When the lockdown began, he knew he couldn't stay. With the lack of U.S control over the situation, looters and murderers were rampant. Jim and a group of six friends were able to escape on an old WW2 PBY Catalina, a seaplane with a range of over 4,000 miles. They flew north to an island off of the mainland of Canada (Newfoundland) hoping that the situation there was better. After 3 days in Newfoundland, two friends of Jim's were captured by authorities for breaking an extremely strict new lockdown that they had not heard about. Fearing for their lives (and their escape vehicle) Jim was able to find a corrupt airport official that could get them the fuel they needed to head across the Atlantic.

While flying towards Europe, the group had an argument in the plane. They arrived to the conclusion that we couldn't go to the U.K as the situation was likely similar to that in Canada and in the U.S and anywhere in continental Europe would ensure that they would be surrounded by people. Despite not speaking any other languages, the group decided to go to Norway. Here they could beach the plane and survive off the land. They didn't want to be pursued as refugees like their friends, they had heard rumors of the lockdowns turning violent and martial law being declared. They knew they wern't welcomed.

Hopefully Jim could survive in the woods, avoiding people and authorities until this all blew over. He would just need to put down a large animal or two and could eat for weeks or months. Surely he would be forgiven he thought. Jim suspects that this will all blow over soon and surely someone will find a cure.

Jim has little experience surviving in extreme cold weather and is often found looting around what he considers to be abandoned homes. He doesn't steal unless his own life is at risk (hunger or otherwise)