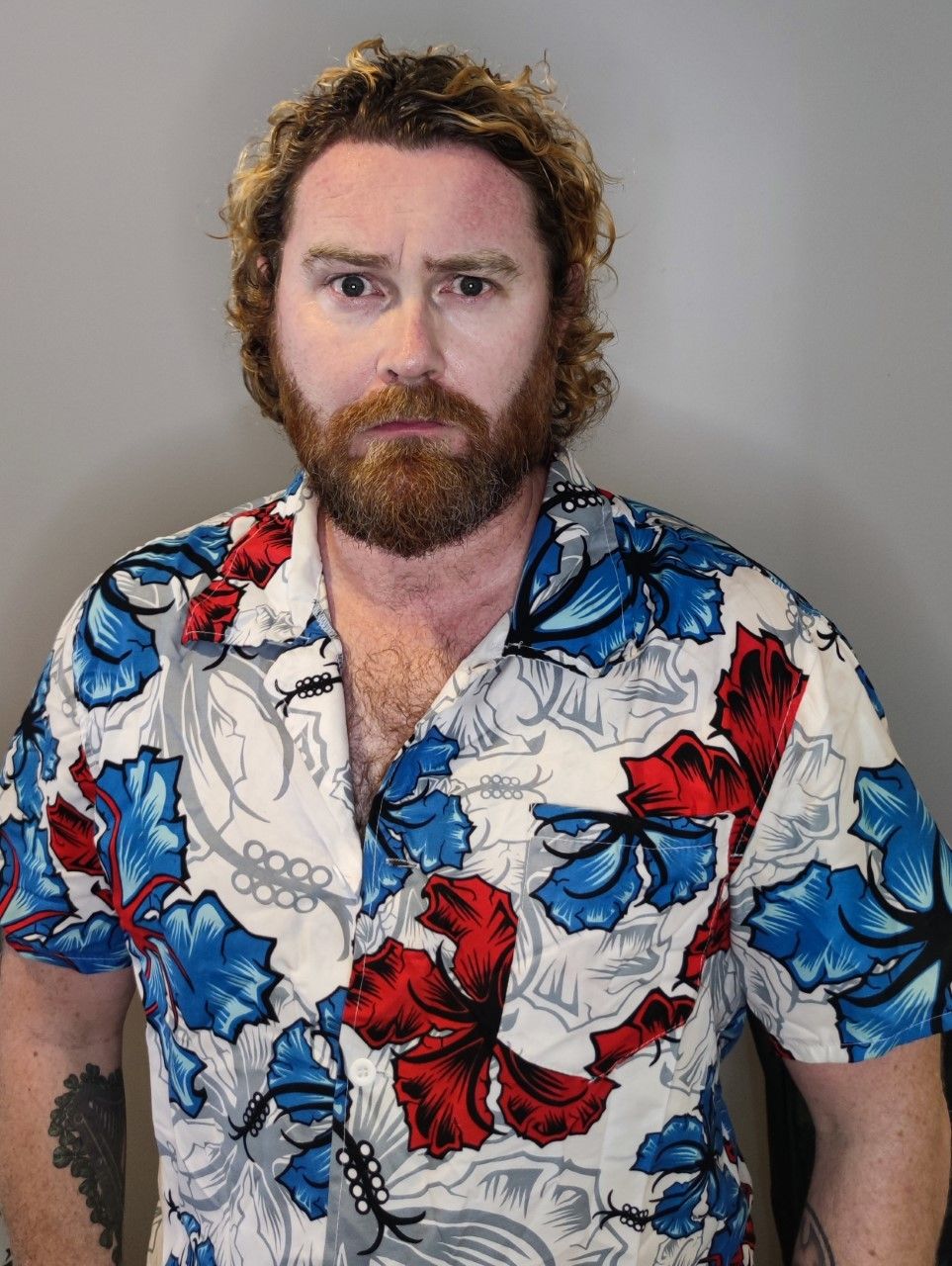 They call me Mason Owens, Owen was my father.


Wait, I know what you're thinking, "Mason did you lose your pants in an opium den again". Shoot for the longest time I thought the same damn thing but you can't make this shit up.

I am just like you, I was born in the past- the winter of 1984 in the back of a 1979 Datsun Bluebird 910 as "Purple Rain" played on the radio to be exact. See back then Ol'Mason didn't trust the government enough to use such things as hospitals or condoms or subscribe to the idea of people having Social Security Numbers. So he lived his life doing whatever the hell he wanted to with whoever the hell he wished. As you would imagine, that lead to me being the second youngest in a line of 12. First man though, which you could tell at a glance on the account I was born with a full beard. I grew up as any red blooded American boy would, shooting guns and blowing up ant piles with black powder that I found in the back of a run-down abandoned slaughterhouse.

I remember the first body I ever came across was a middle-aged man who had washed up on the sand bar down at the river. He must have been floating for a while because he was sickly gray and looked like rubber, you could see where the small fish had nibbled out his tongue and eyes. He had been baking in the sun for hours and the sound of the flies swarming him made such a noise you would swear they were making a nest inside your brain.

I didn't have anything better to do and I guess curiosity got the better of good Ol'Mason, so I sat there studying it as I sharpened a nearby branch. I eased forward and touched my spear to the man's oversized stomach and *Sploosh* out came waterlogged bowel, intensities and what I could only assume were larvae. I did learn two things from that dead body splattering on me; First human taste like tuna and soggy spinach, and Second (which may be more important) the gunky insides of a bloated corpse makes great bait for catfish.

But I know you didn't come to hear about me growing up, shit I know, the real story is about how I came to end up in Nyheim. Well, honestly, I ain't quite sure how to go about telling you that story.

It is all a bit of a haze for me. Here are the facts about what lead up to the good part.


1. I still have my beard, thusly you know A) I kick ass and B) The ladies cannot be accountable for their actions.

2. I may have been a lawyer in North Korea, Cambodia, or Cuba. It was one of those places that is too damn hot and humid for drinks to keep ice long I just can't remember.

So knowing these two things as absolute truths will help you understand I was thirsty. So this lady friend of mine went to pour three fingers of Crown for me. Her long tanned legs were trailed by the leg shackles I had just released from the bedpost.

I stood and walked to the window and opened the curtains. It was already dark again and the city was bright with little lights blinking far below us. I had an aching feeling of Déjà vu, these lights, this room, and her……

She had been a distraction from this case. I know I was supposed to be “donating” the 2.5 million to officials and paper pushers that would put the country into an economic boom and so we could get us out of this inferno, I mean really who in their right mind wants to stay in a place where humidity is 100% daily. But you know Mason- he will always come through no matter if he likes it or not. I fell back onto the bed, sweaty and a little disgusted with myself but well, that is natural.

This woman had me occupied at the moment though. She had the body of an islander, you know the type. Probably never went to school so she spent her youth on the beach causing her skin to be perfectly and permanently the colour of smooth caramels. The silver shackles she had brought had originally been for me, but you know what Jungle always says- never get tied to bed by a woman who could be an assassin or a man. That bit of advice has saved my life 3 times and now it is yours for protection.

She walks over and hands me a glass with a pitiful white lump bobbling humorously on the surface.

"Baby, what the hell is going on? Are you trying to make Ol'Mason beg for a decent drink?" I asked as I settled into my pink fuzzy bathrobe.

She looked at me with disgust, I ignored it. I cannot be held in contempt for wanting a proper drink.

The air was cut with the ring of the hotel telephone. The powder blue hunk of metal was very reminiscent of the early 90’s, bulky and boxy like a Volvo of that time period. The ringer had lost its cheerful announcement that it had when it was new and now sounded like the bell attached to a drowning cow.

I got up and slowly walked across the room to see who was on the other line, my lady friend got there first “ Yeah?—Owen, no Owen here. Who’s this?..... Oh you want Mason- “


She turned towards me “Mason it’s for you”

No shit, it is my goddamned room I thought. Some women are about as daft as brush, but I am sure you already knew that. I smiled at her sarcastically as I took the heavy receiver from her hand.

“Well Sir, I would like to inform you that your meeting this evening at 10:30 in the hotel lobby has been postponed until 11. The other party is running late.” It was that annoying hotel clerk. I think his name was Jon, maybe Juan- I can’t be sure now. He was way too young to be in any position of power but he was given an ounce and ran mad with it. He had a sense of a desperate ego about him. I thanked him and gently hung up the phone.

I must have had that look a person gets when they have realized that they may have cocked up.

“Mason, what's wrong? “ she asked as I put the drink to my lips. I just didn’t find the moment to tell her I did not know who this meeting was with because I had this meeting set up in such a hurry.

“Nothing darlin’” I said as I turned for the door. Her eyes flashed with a scorn that should have shaken me to my very core, but I was not worried. Women folk are confusing like that; you never know what had put those panties into a bunch. I chose not to make a fuss about it because no one likes to be called out on the fact that they can’t make a simple Crown on the rocks.

I made my way down the hall to the ice maker.

As I entered the stairwell I realized I was not alone. No, the footsteps following behind me were that of a heavy set man, well the footsteps did not give it away it was the wheezing and snorting that was happening as I trotted down the 4 flights of stairs. I have been known to run 50 miles a day- you know at one time I was a combat vet so the gasping and heaving sounds following me did nothing more than tell me I had nothing to worry about.

I left the stairwell and waited nonchalantly beside the door for the fat little man to catch up.

The man was a lot more round than I expected, I guess it was because I was under the impression he was of average height. He was about 5’3 at about 350 lbs., his skin was oily from the heat, and he was dressed in a white button down shirt, the closures begged to be allowed to be free from the stress of keeping all that body away from polite society. His smell was almost as startling as his appearance. He had drenched his shirt with his yellow tinted sweat and his stench reminded you of a person boiling rotten eggs. The only thing that saved me from his full nasal assault was my beard- it protects not only my chin but my delicate olfactory nerves.

He rushed out of the door to chase me, realized I was nowhere in sight, and turned around in defeat to the stairs that we both knew would probably give him a heart attack. His eyes met mine and grew with both terror and excitement.

“Uhmmm- errr- You are, hummm Mr. errr. Mr….Owen………*gulp*gle? Or Mason…. Can I call you…errrr Mason? “ His words were offensive to the ears and hung heavily in the air.

“What can I help you with?”

“Help me with? No No Mason, it is what I can help you with. See *gulp* err well, You could consider it helping but really it is a mutual benefit type contract that you could see as a great opportunity…..” he continued to rationalize out to whose benefit the unknown proposition would be, you could tell he had scripted most of this numerous times. Poor guy, it was getting difficult to watch. You see I am always being tracked down and made offers (mind you they normally dress and smell better than this one). They want me to come and get this drug dealer, that gun runner, or this cartel head out of trouble in whatever country they have travelled to. Normally within their own countries these guys are on the “Do not touch” list- you know the type, above the law because of influence, money, or down right just being scary; in other countries though, they are nobodies. They play like it is their stomping grounds and piss off the wrong people. That is where I come in. I take those cases and grease the right wheels, inform the right people of what could happen if they press charges on my client and as always I love reminding the police about human rights and how quickly cases like this become FUBAR.

I interrupted his intended conversation with himself “Listen kid- I know you think Ol’ Mason Owens can help but really I am busy I have about 24 more hours here then it is off to another meeting. I am just booked so tell your friend that I am sure he is scared but he will just have to face the music- sorry”

I started back on my journey for ice. The pig man looked like he was about to cry as I walked away.

The next day I received a call telling me something had gone wrong and I had to get the hell out of there I went to the airport and looked up at the departures board and I saw the next flight to leave was to a place called Nyheim so I thought about it and realized it was the perfect place to lay low and well now it's all gone to shit and I'm trapped.