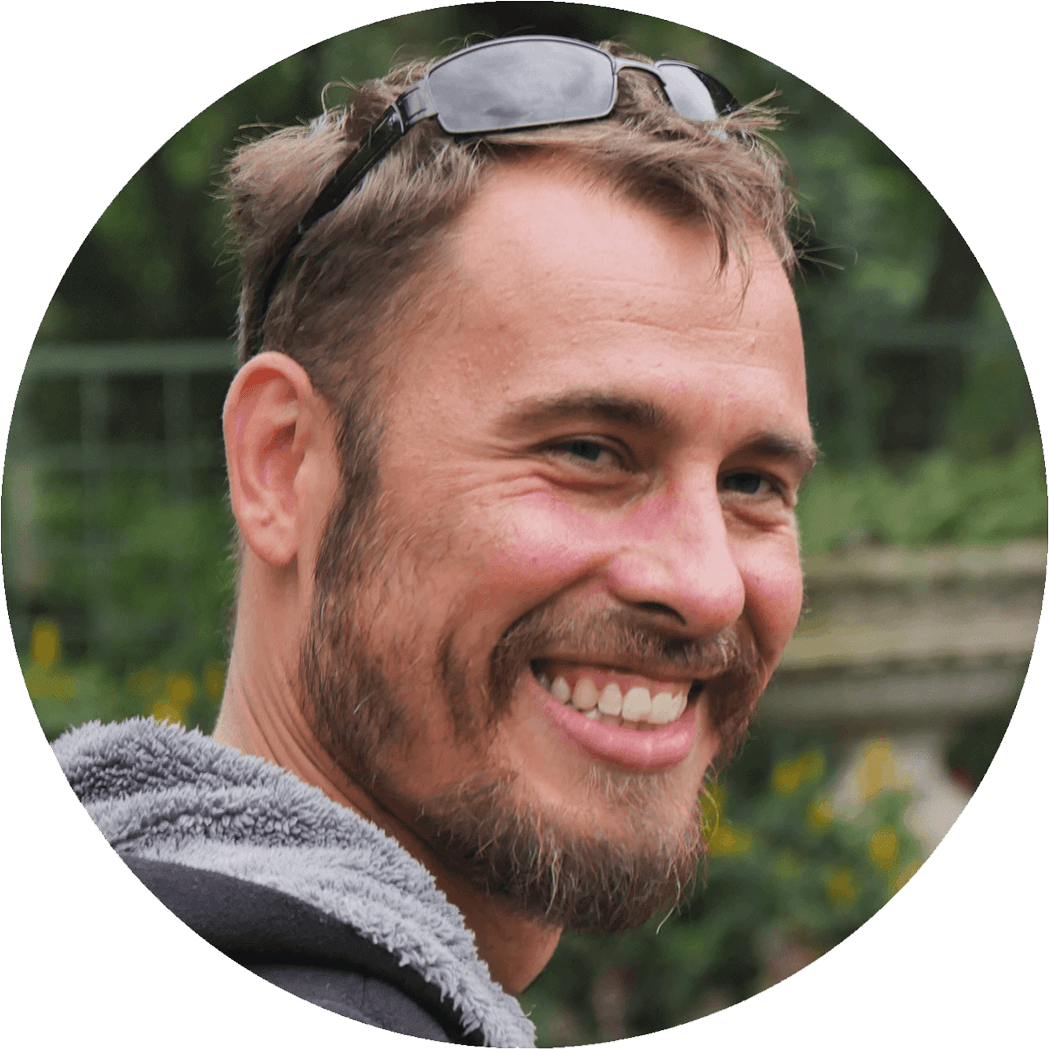 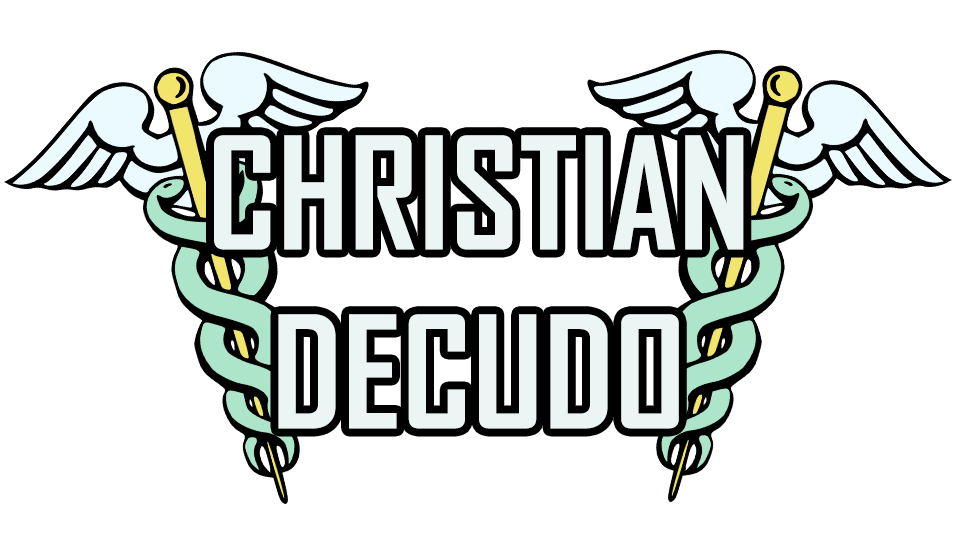 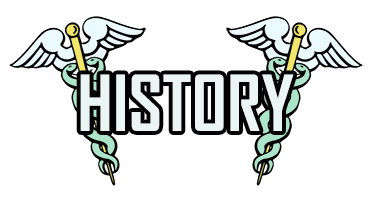 Childhood
As a kid, things were pretty normal. I was born in Sydney, Australia, and a pretty normal family. Mom, dad, and my sister Sarah. School was easy on me, had a good number of friends, and I did ok in my studies, but I wasn’t some kind of genius. Like I said, pretty normal. The craziest thing I did growing up, until that night, was travel out west with the family during the holidays. It was dad’s idea, much to my mom and sisters dismay, to pack the family into a car and find some random place to sit down and camp or a dingy little farmer town in the scrub to hire a room in. I loved it to bits though, seeing all these new places, finding little secret towns that seem almost lost to time, or meeting the local kids and making friends that you might not see again. It was like going on an adventure every time school holidays rolled around. It became our normal, until we were coming back late after one of our trips just after my 14th birthday. Before that night was the last time things felt pretty normal. The cops said they didn’t know if it was dad’s fault or the other drivers, and I don’t remember much other than the searing pain and roaring in my ears. I do remember, clear as day, seeing my mom and sister next to me in the ambulance, and looking around for dad. The morbid looks the paramedics gave me.

The next couple of months were rough. Dad’s funeral happened a couple months later, once I learned how to walk with the casts and a crutch. Mom chose cremation; said he wasn’t in any shape for a casket after the crash. The one thing that helped was the nurses, the weeks in the hospital was made easier with them helping me and taking care of me, while I was totally useless and in pain. Bringing me sweets, helping me manage the itchiness of the pins that they had to put into my arm and leg. I’d talk to them about what happened, and it really helped to have someone to lend an ear. I couldn’t talk to mom about it, she had it worst of all. But I never forgot how those nurses looked after me, and I knew I wanted to do that.

Once I was a registered nurse, after my Masters, I threw myself into the field as soon as I could. I managed to luck out with a surgical nursing position at Royal Prince Alfred Hospital. I’d often find myself there late, later than I need to be. There was always someone who needed help, a surgery I’d need to sit in on, or one of my mates would ask me to help out in their section helping with some patients. I’d get back and just collapse into bed, and it made me happy to know I was doing the same thing those nurses did for me. For a while.

It wasn’t my fault I got itchy feet, I had my old man to thank for that. I put in word with the hospital, took my savings, and shipped out. I landed in England first, early 2018, then hopped across to France, drove through to Germany, Poland, flew through to Sweden and finally came to Norway. I ended up in a cramp little apartment in Nyheim, could almost touch the walls on either side of the room if I lifted my arms, and found a position in the PLIKT hospital there. Just after I arrived, so did AVM-FLA-19. The hospital got swamped during the lockdowns, and it felt like I didn’t leave for weeks at a time. Frantically working and passing between patient to patient, running to the next department, and maybe getting a few hours of sleep before repeating it the next day, week, months. The only solace was that only essential workers got to leave during the lock down, so I had quiet streets to walk to work to. It was just coming up to my 27th birthday, when it all started to fall apart. We saw a couple of them come in, similar symptoms. Back pain, pale as hell, numbness, leaking fluids out their ears and nose and unbridled aggression. We had to strap some of them down and pump them full of sedatives, enough to knock out a horse. They didn’t even get drowsy. One of them tore straight through the straps and went for one of us. Do you know what a hundred kilos of man hopped up on enough adrenaline to stop your heart can do to someone half their size? I do.

They sent me home, saying it was time off for my birthday. We both knew that was bullshit, they didn’t want me talking to the rest of the staff about what happened. Shitty timing too, because the broadcasts came through a couple of days after. Social media was lit up with reports of attacks and videos. I spent a month in my apartment, eating out of my pantry, when the loss of Oslo was announced.

I watched through my little televisions screen. I don’t remember when I started crying, but I do remember it burning, my vision so blurred I could barely make out the forms on the TV. All those poor people lost, thrown away and brunt like trash. I couldn’t sit there any longer idly. I grabbed my bag, what food I had left, and snuck out in the inky blackness of the night. 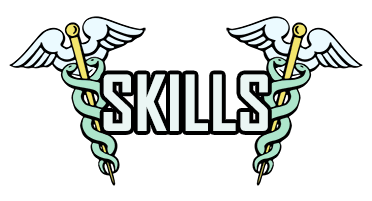 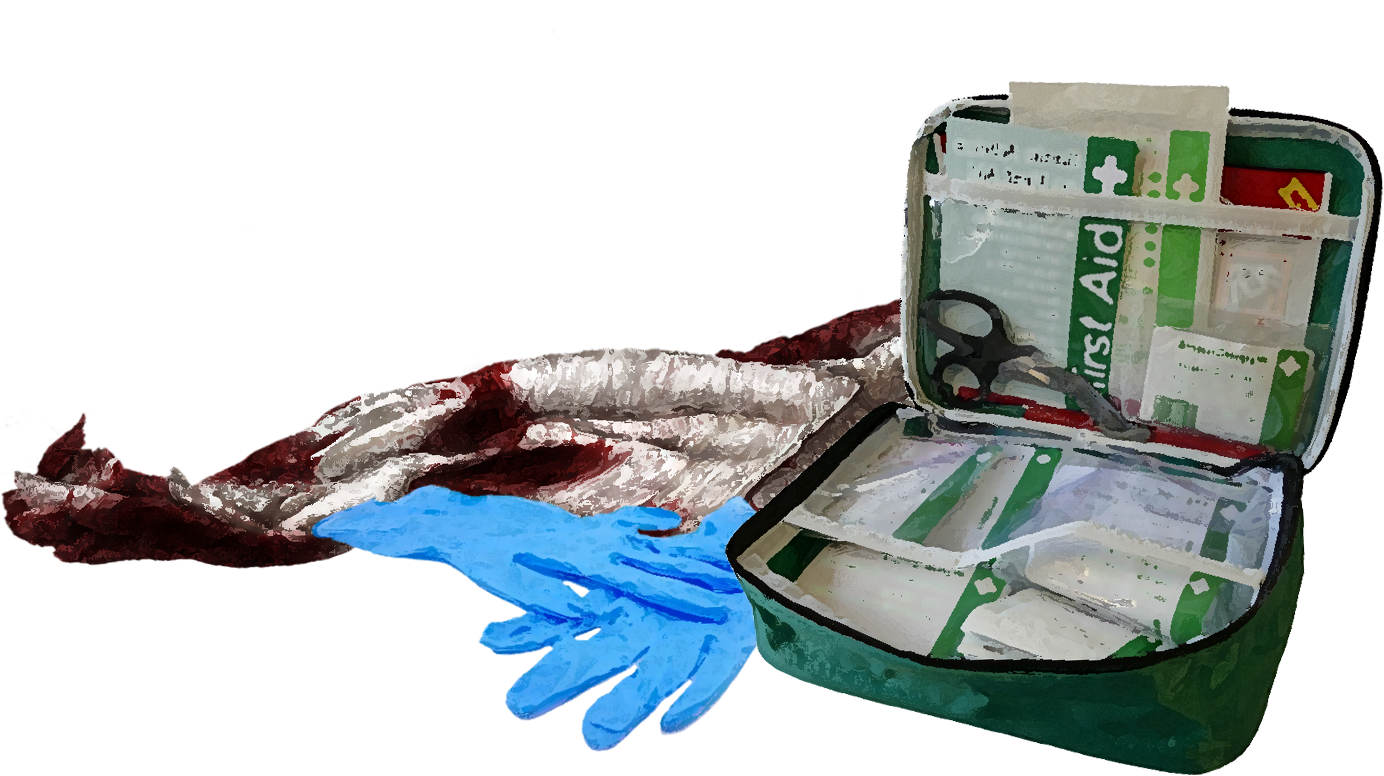 Christian is a capable medic and nurse, able to administer advanc ed medical care. His experience in operating theatres and his Masters of Nursing has given him a keen understanding of how to treat a variety of wounds, illness and inflictions. General infections, cuts, wounds and such are a standard treatment. However, his knowledge of care is not all encompassing. For example, due to Australias limited firearm access, he only has a text-book understanding of how to treat trauma wounds caused by firearms due to never treating one while he was a nurse. He is a highly empathetic carer, and strives to do as much as possible to help his patients and becomes extremely frustrated when he is unable to help.

He has a mediocre understanding of camping and survival techniques, thanks to the camping trips he'd take with his family as a child. He is able to start and maintain a fire without matches, safely prepare potable water, and read a compass and map.

Never handling a firearm in his life, his closest experience to using a gun comes from videogames, making him limited to basic weaponry such as melee weapons or simple pistols, given with poor aim.
Thanks to some training from Trent, Christian has learnt the basics of gun care and use of a rifle. Given, he's no crack shot, and still prefers to use his pistol in most cases. He is still limited to the use of bolt action rifles. 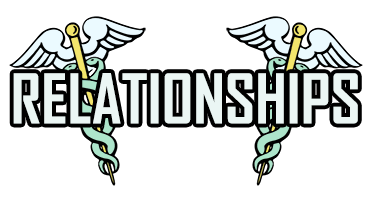 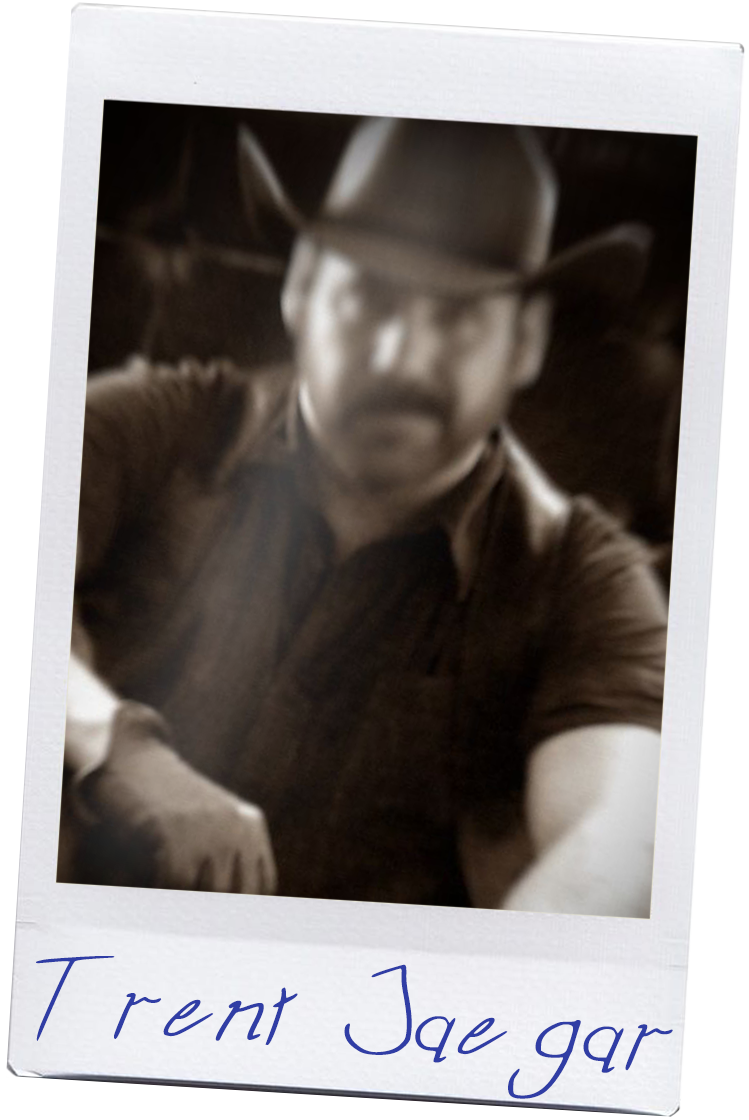 Trent Jaegar
The American bloke who runs the trading post out in Halvoya. An honest guy, good on a joke, with plenty of stories. Taught me how to clean a gun, and how to fire a proper rifle. Seems kind-hearted, and has plenty of supplies set out for travelers if they need it. Knows how to defend himself though, and seems pretty fucking good at it too.
I like the guy, 'bout as good as a friend as I've made so far. Took me on a hunting trip too, don't think I'll ever get the image of him trying not to flip down the mountain out of my head though. I drop off excess medical supplies I come across to him when I can, along with anything else I think he'll find interesting. 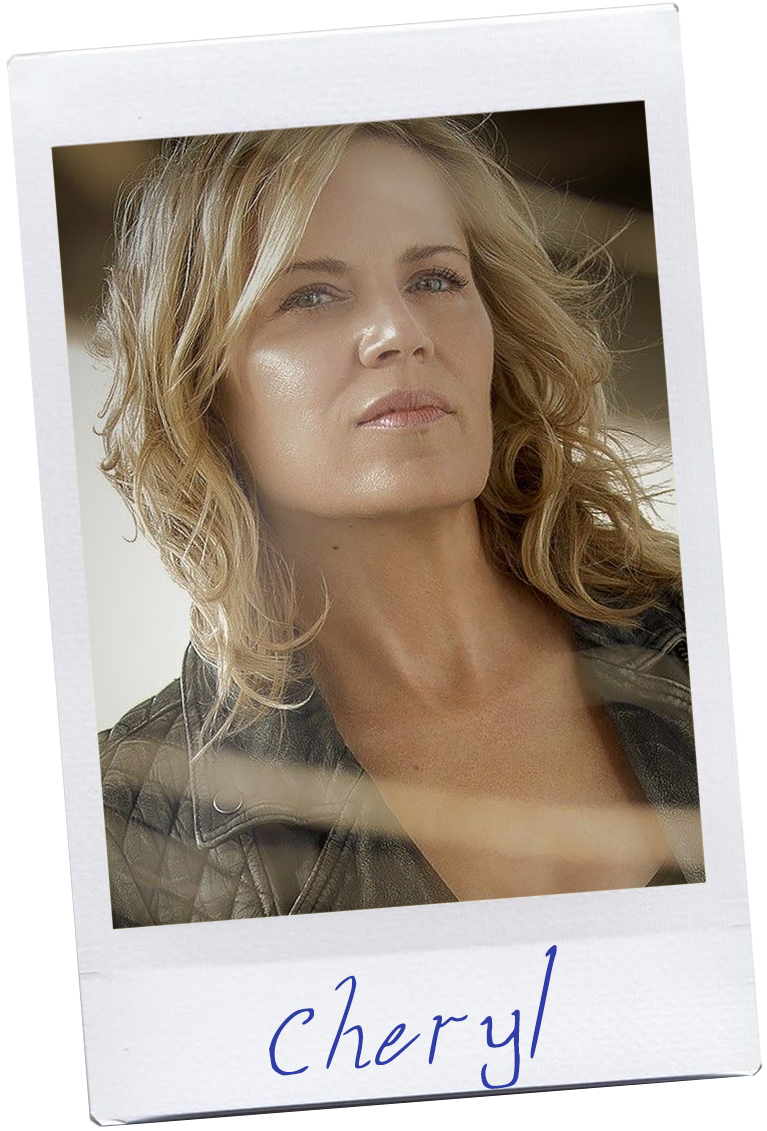 Cheryl
Nice lady, seems to be the current lead of those "Doctors" in those churches out of the south-east side of Nyvoll. Mentioned her husband and about 3 others are all that's left of their lil' group. Seemingly providing medical aid to anyone who comes up their way, which I respect. We need more folks like them. I've been dropping off the majority of the medical supplies I find in their camp, and Cheryl left me a note saying I'm welcome there anytime. If only she and her group were there anytime I showed up... 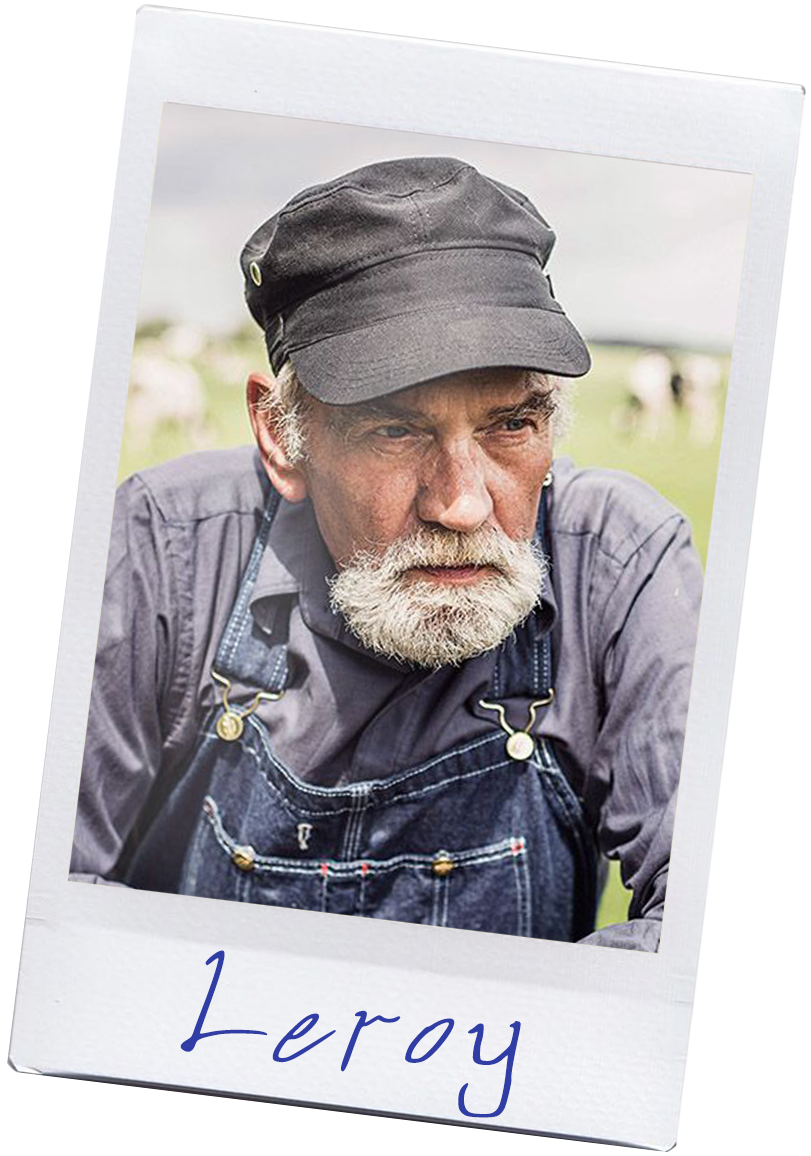 Elroy
Kindly old Texan, met him in Trent's shop. Bit of a grandfatherly type, but seems well work-worn. Definitely not a lazy bastard, a much as his whiskey sipping and sitting around might fool you. Plenty happy to spin a yarn with you, and I enjoyed the time I spent chatting to him. Reminds me a little of my grandpa. Told me old hunting stories, and  seemed to share my ideas of doing good for the folks around. Promised the old bastard a bottle whiskey, if I find one. 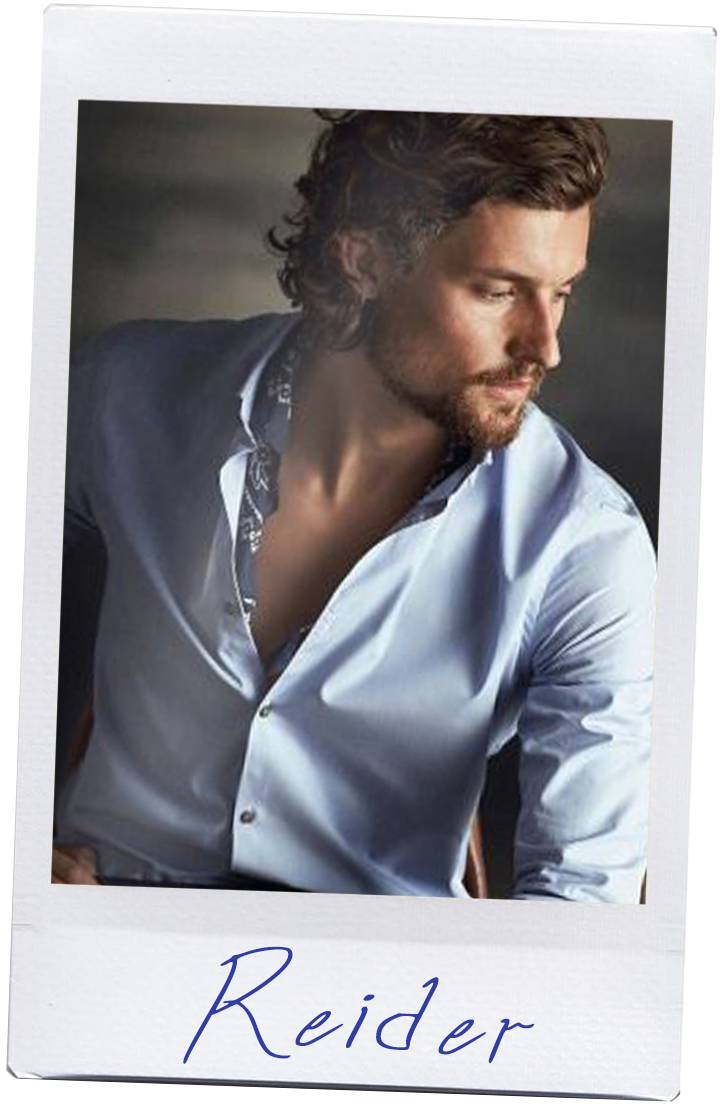 Reider
Reider's a funny guy, not in the 'haha' way. Told me worked for the Norwegian Intellegence Service, and carries himself as much. Doesn't like his time being wasted, straight to the point and blunt. In saying this, mate's got a couple of laughs in him still. We chatted a bit when I drove him around the one time, and joined me and Trent on our shitty hunting trip. Spends a helluva lotta time picking his outfits though. Owes me a shooting lesson for buying him a rifle. 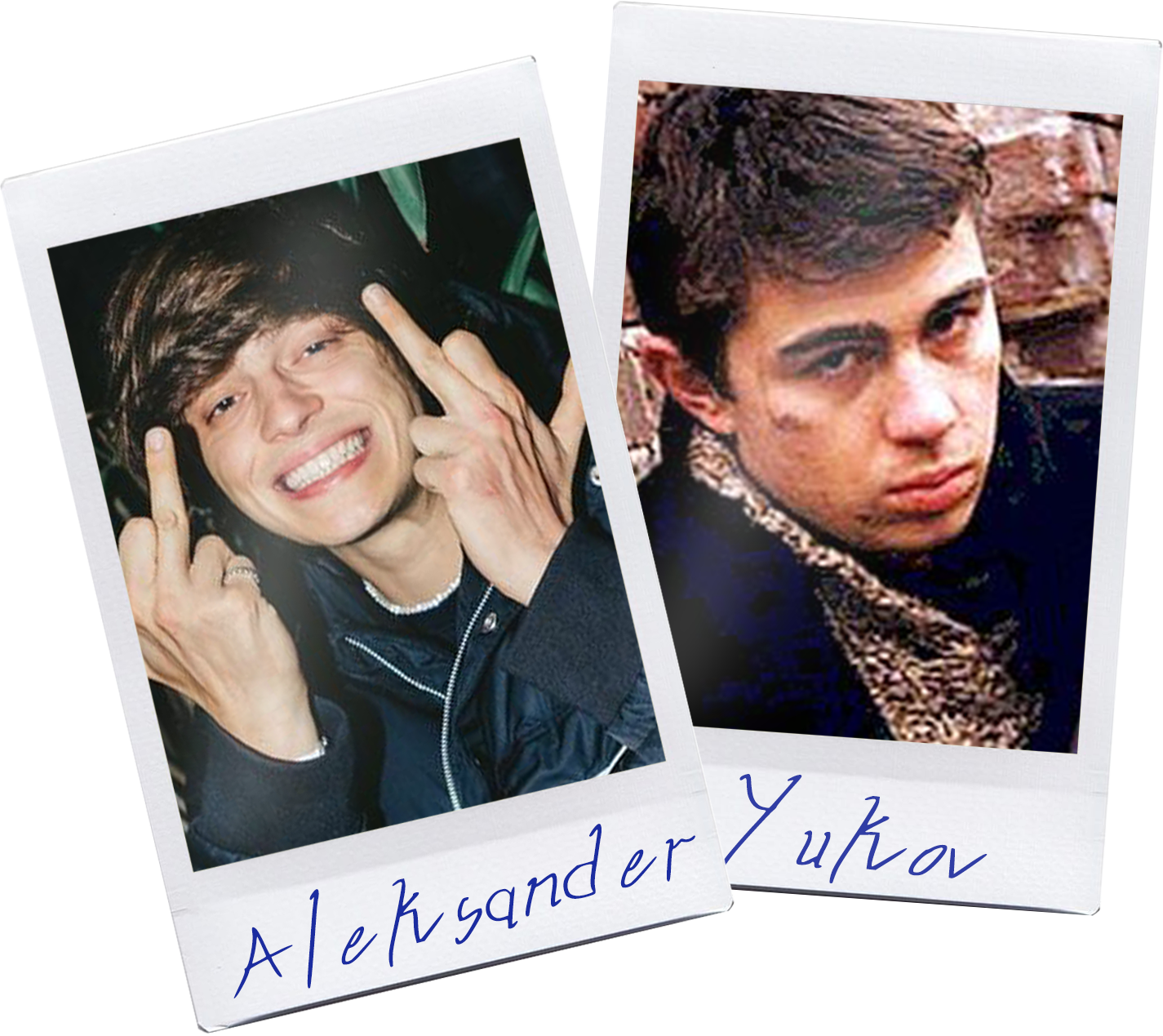 Aleksander and Yukov
From what I understand, two brothers running a bar in Halvoya, right next to Trent's shop.
Aleks seems much less focused on running the bar then his brother, seems to prefer drinking their stock. Reeked of alcohol when we met, but seems to have a good heart when we chatted as I drove down to Nyheim. Was talking about how, "People should do more good." and saying how he thinks I'm a good guy. Hope the bludger smartens up tho, all that alcohol will end up killing him.

Yukov is short fused, loud, and seems purely focus on his bar and it's patron numbers. Drives his BMW like a madman with both arms chopped off, which is a little worrying. Most of the alcohol I drop off to Trent seems to go to Yukov. Otherwise has been nice enough, hope it stays that way. 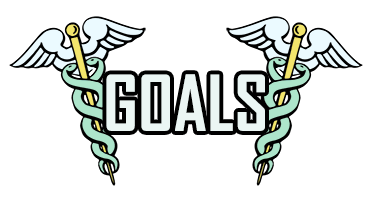 Contact these fellas ("Runners"?) living in Vestby, and drop off a medical supply pack. Hope to make my good intentions clear

Provide medical aid wherever possible to those in need

Talk to and possibly join the "Doctors" in the Churches

Return to Australia and find his family 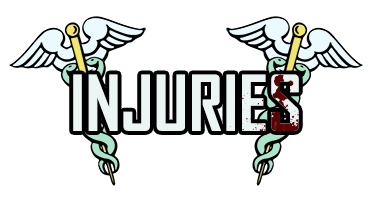 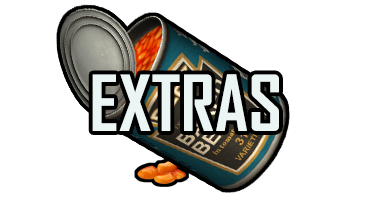 - Christian has a fondness for Russian chocolate, he got the taste for it after moving to Nyheim

- He heavily prefers to not drive off-road, due to his childhood crash

A handwritten letter by Christian 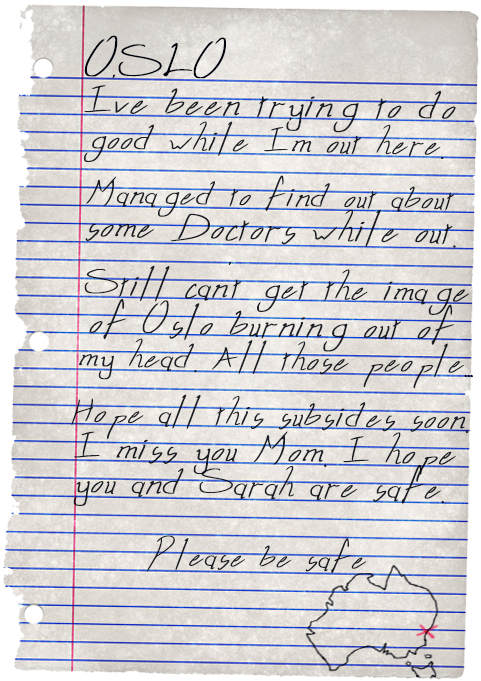 I've been trying to do
good while I'm out here.

Managed to find out about
some Doctors while out.

Still can't get the image
of Oslo burning out of
my head. All those people...

Hope all this subsides soon.
I miss you Mom. I hope you and Sarah are safe.

((Actually made an entire font out of Christians handwriting, .ttf file provideable on request ))