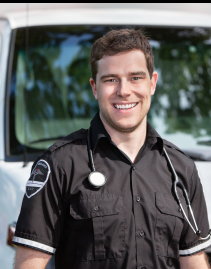 James grew up as an only child with strong desires to prove themself. He did excellent in primary schooling and had desires to be a doctor. While attending college his parents suffered debilitating heath issues, ushering him home to help. A few years passed and his parents passed away. Alone, working mediocre jobs in the service industry. Waitstaff, cook, management; all titles he felt underwhelming, James went to trade school to become a Emergency Medical Technician. Graduating, he began his career as an EMT and first responder. He became a well known local but strived for more. When news of outbreaks overseas started spreading around the internet and news agencies, James decided to take his knowledge and unwavering desire to help overseas. It was a tough and arduous journey. Food was scarce and supplies non-existent but he managed to find his way across the unforgiving Atlantic Ocean. Backpacking through Europe, stopping to enlist as medic wherever needed; James picked up many useful skills. Simple bushcraft and camping became second nature. He heard tales of a growing infection and conflict in the northern areas of Europe and decided his talents best be used there. James, being a virtuous and selfless being, headed toward the unmeasured amount of doom that the Netherlands proposed. Strife and unexpected obstacles threated his very life, day in and day out, James pressed on until he came to the land of Nyheim. With barely any supplies, just a stethoscope and his knowledge of medicine and basic survival, he vowed to make this land a better place for those still inhabiting it. He would save lives and improve the lives that he could. His destiny to be a doctor may not have happened, but here, in this mess, he could save the lives of the few, and hopefully impact the lives of many, on his ongoing mission to better the world.