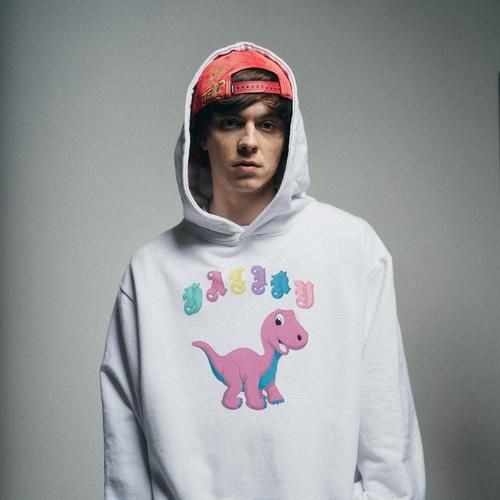 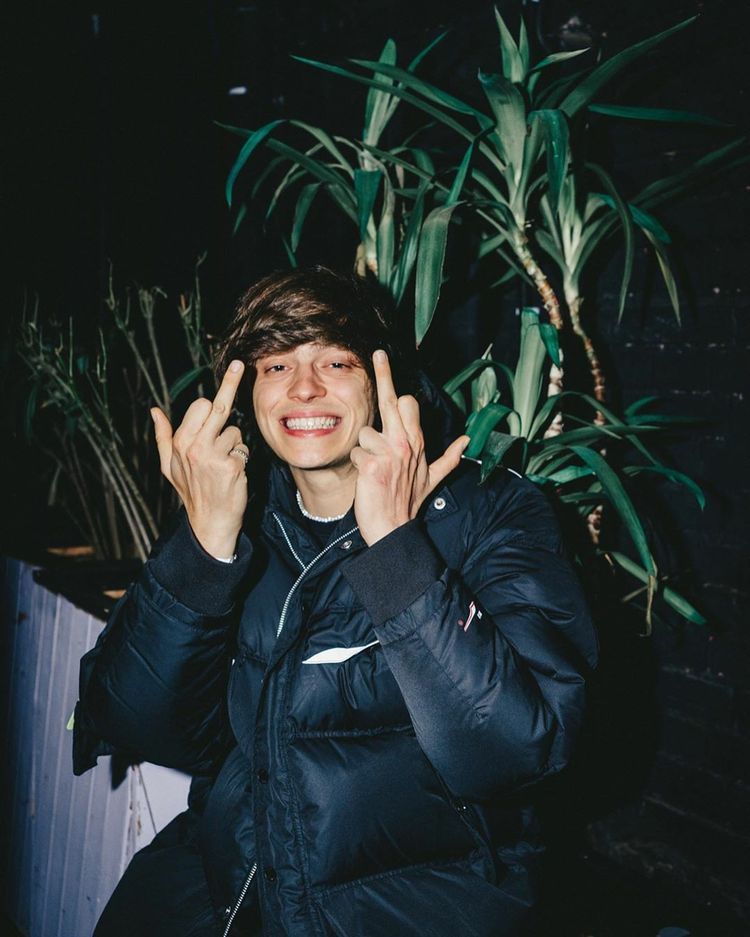 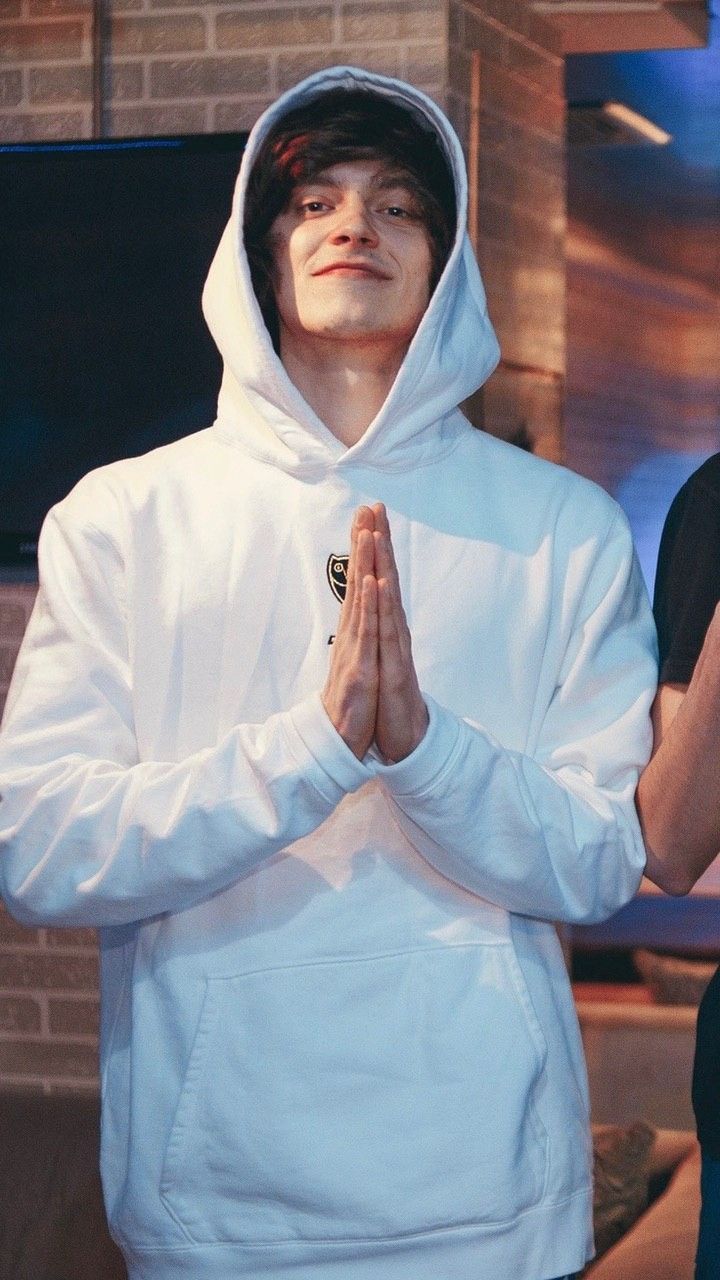 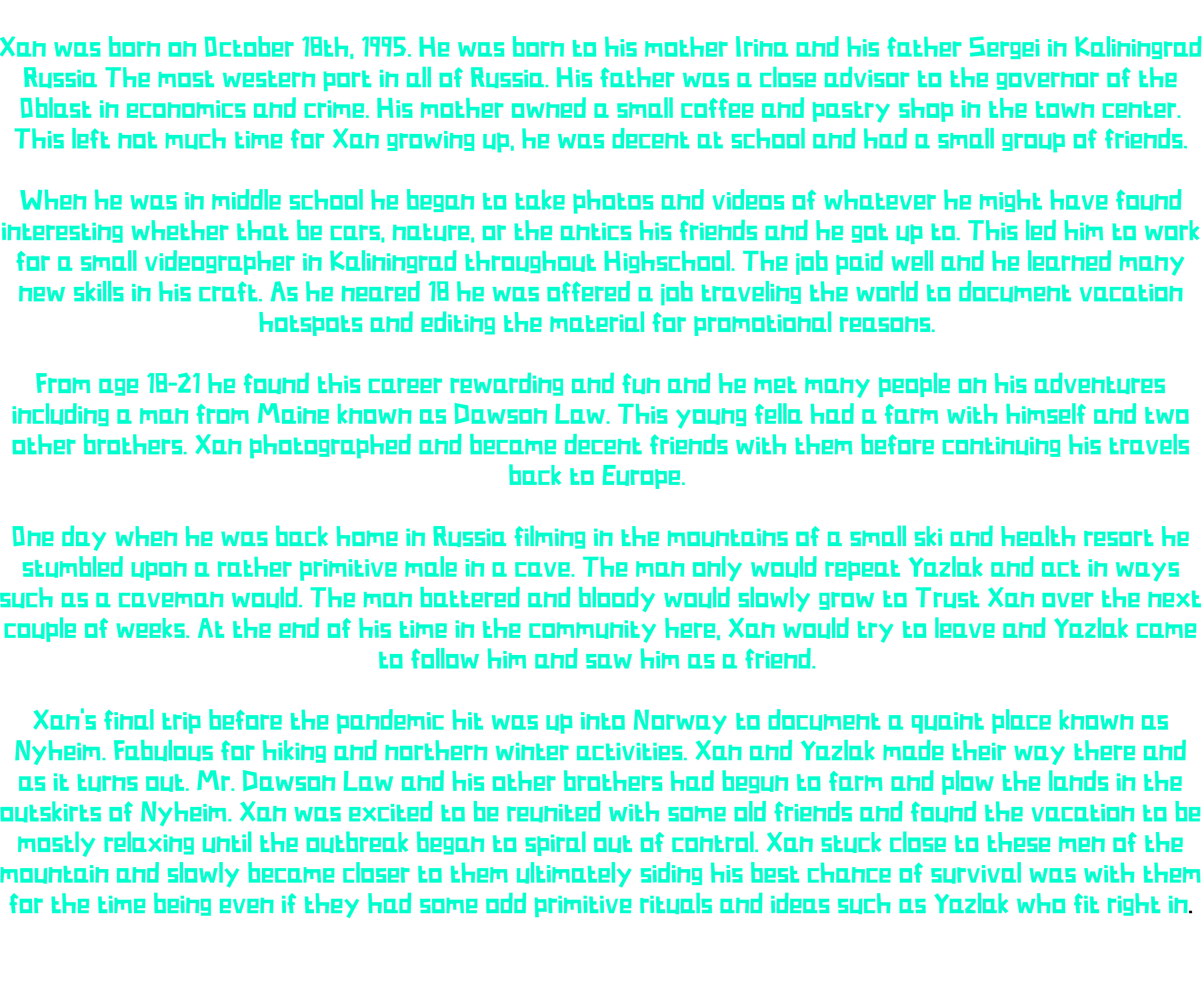 Xan was born on October 18th, 1995. He was born to his mother Irina and his father Sergei in Kaliningrad Russia The most western port in all of Russia. His father was a close advisor to the governor of the Oblast in economics and crime. His mother owned a small coffee and pastry shop in the town center. This left not much time for Xan growing up, he was decent at school and had a small group of friends.

When he was in middle school he began to take photos and videos of whatever he might have found interesting whether that be cars, nature, or the antics his friends and he got up to. This led him to work for a small videographer in Kaliningrad throughout Highschool. The job paid well and he learned many new skills in his craft. As he neared 18 he was offered a job traveling the world to document vacation hotspots and editing the material for promotional reasons.

From age 18-21 he found this career rewarding and fun and he met many people on his adventures including a man from Maine known as Dawson Law. This young fella had a farm with himself and two other brothers. Xan photographed and became decent friends with them before continuing his travels back to Europe.


One day when he was back home in Russia filming in the mountains of a small ski and health resort he stumbled upon a rather primitive male in a cave. The man only would repeat Yazlak and act in ways such as a caveman would. The man battered and bloody would slowly grow to Trust Xan over the next couple of weeks. At the end of his time in the community here, Xan would try to leave and Yazlak came to follow him and saw him as a friend.

Xan’s final trip before the pandemic hit was up into Norway to document a quaint place known as Nyheim. Fabulous for hiking and northern winter activities. Xan and Yazlak made their way there and as it turns out. Mr. Dawson Law and his other brothers had begun to farm and plow the lands in the outskirts of Nyheim. Xan was excited to be reunited with some old friends and found the vacation to be mostly relaxing until the outbreak began to spiral out of control. Xan stuck close to these men of the mountain and slowly became closer to them ultimately siding his best chance of survival was with them for the time being even if they had some odd primitive rituals and ideas such as Yazlak who fit right in.