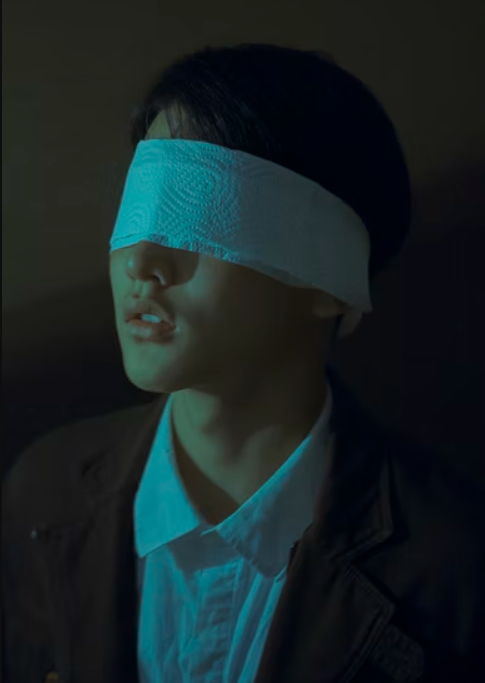 "Hit the ground running'" (1989 - 2008)
Born the son of an absconding tourist father and an abrasive mother, Doyle found himself constantly working in his birthplace of Stockholm, Sweden. Most of his early life was a shared experience between himself and his two separate brothers, through running errands and living at his mother's whims; he and his brothers grew close quickly. The "Vist Trio" - a name granted to the brothers by the locals they tended to piss off - ran around the city picking up groceries, learning how to trick and steal from tourists, and finding themselves in trouble quickly at a young age. These devious tendencies only grew as they advanced into high school, finding other like-minded teenagers to assist them in their increasingly criminal adrenaline-filled activities. Yet after one too many visits from the Swedish police authority, their mother relished in the opportunity to kick the three out of their flat after their graduation. The trio, now all legally independent and without proper planning for what was next, went ahead into the unsure future.

"Adrenaline Addict" (2008 - 2018)
The Vist brother's young adult life started with a sharp change, as the trio came to the sudden realization that they had limited money that was dwindling fast. In a few sudden changes, the brothers began to rent out a small apartment in their home city, working tiring retail jobs to keep themselves afloat. Of course, this only worked out for a few years, leading to several accidents and fees piling up before they found themselves on the streets again. Frustrated with the idea that they couldn't succeed in basic civilian life, the brothers took out an "Easy to pay" loan and hacked away at renting another flat. The only change in results was that they found themselves in heavy debt. With desperation beginning to break in, they were relieved that those loan sharks who put them in debt offered a "Simple" way out. Their creditors provided they could be free of debt if they were willing to break a few laws by pulling small hustles at some local casinos. Seeing this as a connection to their adrenaline-filled high school memories, the brothers eagerly took this job. The brothers would head into local casinos at irregular intervals and run small cheats at different tables. Typically, Doyle found himself working by finding out the dealer's Hole card and signaling to his brothers what the card was through various methods. Their creditors, surprised by their efficiency and teamwork fostered in their younger years, found themselves paying off and hiring the trio for more extensive jobs around Sweden as the years went on.

"Gambler's Fallacy" (2018 - 2019)
Having been blinded by the adrenaline and illusions of grandiose life provided by their success in hustles, the trio soon took on a job they couldn't handle. Setting their eyes on their hometown, they approached the neon-lit Stromming Goods Casino. This Hustle ended in disaster, as word of the brother's previous hustles had spread throughout the city, which led to them getting identified shortly after entering the casino. Their operation seemed to start smoothly to Doyle, as he was simply reporting cards back to his brothers. And as things began to pick up, Doyle found himself flustered as he and his brothers were pulled back into a side room and confronted. The brothers were separated and questioned individually on their previous hustles and the context of their current one. While Doyle tried to deceive the group, his other brothers had told them the truth and left Doyle as a scapegoat for the situation, quickly fleeing the scene with their lives. Being the only one left, Doyle found himself being punished. He was forced to drink Methanol poisoned liquor and was knocked unconscious afterward. His captors soon decided to drive him west to eliminate any threat his presence posed, going across the border and into Norway. From here, he was dumped just outside the coastal city of Nyheim, absent of any ID, and left to fend for his own.

"One step at a time." (2019 - Present)
Confused and dazed, Doyle felt the warmth of the morning rising him from his unconscious state. Although, as he opened his eyes, he was greeted by darkness. Promptly he got up and began to panic. After knocking heads with more than a few stone walls, he, fortunately, stumbled into the arms of concerned citizens who admitted him into the local hospital. It was discovered that the methanol poisoning had damaged his optic nerves and left him blind. This quickly placed him further into a depressed state, yet he was given some hope after being allowed to stay with a male nurse in his home throughout the following AVM-FLA-19 quarantine. The Nurse would help him through his state, advising him on how he could live blind. And throughout this help, he became close friends with this Nurse, opening up and eventually explaining his quarrels, experiences, and inevitable abandonment of his brothers in his life. This led to conversations between the two over what was coming next, the two's previous mistakes, and several questions leading Doyle to acquire a mindset of pushing forwards, one step at a time. And while these discussions and thoughts were a great distraction, concerns and worries of the pandemic grew until the Nurse didn't return from a trip to the hospital one day. And after a month of increasing anxiety and curiosity, Doyle eventually packed up and stepped out into the city. Now it brings Doyle to the present, looking blindly for a way forwards one way or another.